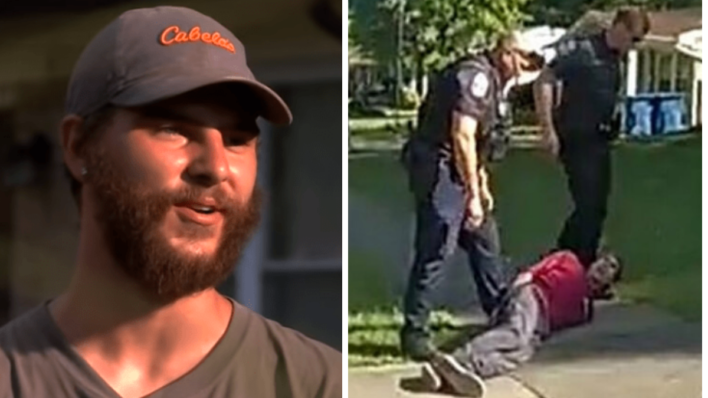 Man Sees Stranger Abduct Little Girl In Broad Daylight, But Fails To Catch Him – Then, He Recalls A Vital Detail

One man’s attention to detail helped save a 6-year-old girl from the clutches of a kidnapper who had grabbed her in public.
By Joel Balsam    February 22, 2022

One man’s attention to detail helped save a 6-year-old girl from the clutches of a kidnapper who had grabbed her in public.

Prentiss Weatherford was outside his home in Louisville, Kentucky, when he saw something shocking.

Weatherford saw a 6-year-old girl on her bike when all of a sudden, a stranger came over to her and threw her into his car.

“He just walked up, grabbed her by the collar, picked her up off the bike, and then just tossed her in the passenger seat,” Weatherford told Inside Edition.

Chasing after the kidnapper

Without hesitation- and with pure motivation– Weatherford jumped into his own vehicle and sped after the kidnapper.

He wasn’t able to catch him, but he did manage to recall some of the license plate as well as the car model- a Dodge Challenger.

“We lost him and ran into one of the police officers, and that’s when I gave him the last three digits of the license plate,” Weatherford told Inside Edition.

The Louisville Metro Police Department joined the hunt for the kidnapper and quickly found him.

In just 10 minutes, police pulled over the kidnapper and yanked the young girl out of the car- all thanks to Weatherford’s assertiveness.

“It was extremely important,” Officer Jason Burba said of Weatherford’s help in the case. “The partial plate and the overall description of the car, which was really specific, we were able to find that vehicle because of that.”

When word got out about the kidnapping- and Weatherford’s help- members of the community started calling him a hero. But that’s not a title Weatherford feels he deserves.

Thank you for the kind words. I really appreciate it and just hope you guys would do the same in that situation.

Not every hero has superpowers (or wears a cape). Being heroic means making smart decisions at the right time, displaying integrity, and helping others who need it. In that sense, Weatherford is certainly a hero, and his actions to save the young girl are inspiring for us all.

be the unlikely hero
“I think a hero is any person really intent on making this a better place for all people.” – Maya Angelou.
Tags
Share
← Prev Post Next Post →