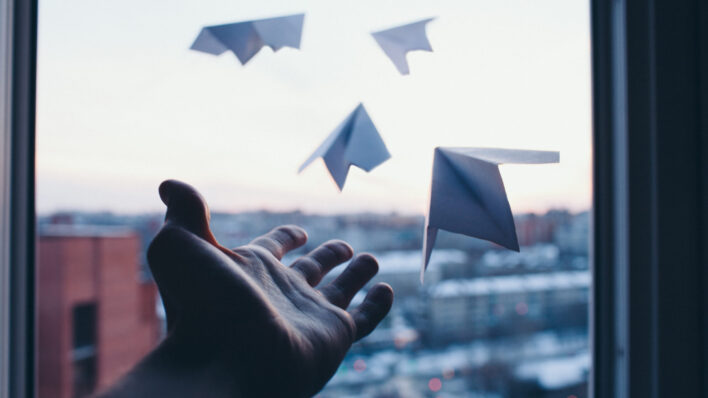 You will benefit significantly if you stop writing to-do lists. This article is my challenge to you to throw away
By Ben Kissam    August 9, 2017

You will benefit significantly if you stop writing to-do lists. This article is my challenge to you to throw away the to-do list for good.

Individual productivity is a misunderstood concept. To most, being productive means getting more things done in less time. This definition is accurate, but it only scratches the surface of what actually matters for a person when we talk about productivity.

We’ve adopted the idea of “being productive” from the work world. It’s a measurement intended for large-scale assessments. For example, productivity in a factory only means that more items were produced in the same or less amount of time than yesterday. It doesn’t take into account anything else, including the people doing the work — just the numbers.

“The company has increased its productivity by 20%.” Heard that before?

Now, your goal should always be to get more work done effectively in less time. You stand to benefit from becoming a top-notch employee or achieving work-life balance by doing so. But trying to be productive with a to-do list is not the solution. What works at scale will not always work for an individual. Nothing is less productive than to make more efficient what should not be done at all.

When you write a to-do list, you essentially turn all of the tasks you must complete into uniform items sitting on a conveyor belt in a factory. The only goal? To get through them all as quickly as possible. No one task can be more important than another.

Big deal, right? You’re thinking, “I kind of see where you’re going with this. But obviously I know which things on the list are most important. I’ll just do those first.”

And that’s exactly the trap you fall into when you use to-do lists to be productive. It’s the reason I am writing this article. A to-do list forces you to think two-dimensionally, assuming that the most important work is the work that must be done first. This is not true.

While you may inherently “know” which work is more important than the rest, getting it done first is not always the answer. You are stuck with this limited perspective.

Keep in mind that a factory only worries about the amount of product being produced because they’ve nailed down everything else. The company has a vision and (at least somebody at the top) knows what they are doing it all for. They’ve likely applied hundreds of different methods, many of which cost them valuable time and money without any payoff.

The point is, after years of hard work, they’ve found a way to put the production part of the company basically on autopilot. That takes time — and I’m willing to bet that you aren’t there yet. There may be a point in the future where you wake up and know what needs to get done, but you’ll get there much slower operating off a to-do list.

At the individual level, productivity means getting the right things done in less time. It sometimes means addition by subtraction, cutting out menial tasks that won’t move the needle.

Here are three ways you can increase your productivity without ever writing another to-do list again. 1. Begin with the end in mind

Remember, that factory can be on autopilot with its production because of the clear-cut vision of where the company is going. Know the direction you want to head in, and keep it clear in your mind.

That vision serves as a filter. It will help you to prioritize (or eliminate) the work that doesn’t need to be done today, this week, or maybe ever.

Why waste your time?

This is another concept that is widely misunderstood, so read it closely.

There are one, maybe two, possibly three things you need to do today that matter more than anything else. The other tasks may benefit you in some way, but they aren’t necessary for you to be successful. Understand this, honor it, and block out time in your schedule every day to get what matters the most done.

It doesn’t matter what you are striving to achieve, or if it’s in business, sport or another area of life. The level of success you’ve attained does not matter either.

Think of your 1-3 action items as the “meat and potatoes” of your efforts. Everything else is either a garnish or dessert.

When you buy into tip #2, you start thinking three-dimensionally. One thing becomes more or less important than another, which allows you to see something kind of beautiful: there’s usually a way to kill two birds with one stone.

Here’s a personal example. As a writer, I make it my duty to wake up at 5:30am each morning and write for two hours, or 2,000 words, whichever comes first. This is my one task for each day.

Now think about the other things I need to do to be a successful writer. Two things that immediately come to mind are making money and finding ways to get exposure on other platforms.

Well, every morning I create 2,000 pieces of evidence that set me up to do both of those things. When I send samples of my work out, they were usually written that day. And believe it or not, I’ve never gotten paid for not writing a piece.

Creating a habit of my writing sets me up to knock down other dominoes with my work. Because I’ve made a point of always doing the most important thing, I’m able to repurpose that effort to flourish in other ways. And you can do it, too.

But if you must keep to-do lists…

If you’re still not sold on the idea of trashing a to-do list, here’s my final suggestion:

Don’t use to-do lists for the work that will determine if you achieve your goals. Save them for Saturdays when there is work to be done around the house or when you are planning for a trip.

Spend the majority of your time focusing on getting what matters most done. Be efficient, but more importantly, be effective.

Ben helps people achieve more in work, sport and life. He writes on high-performance, goal achievement, and work-life balance. His blog features a daily pursuit of his journey toward his personal goals.