Home Success Productivity I Stopped Focusing On Others Before 8 A.M. and Discovered the Hidden... 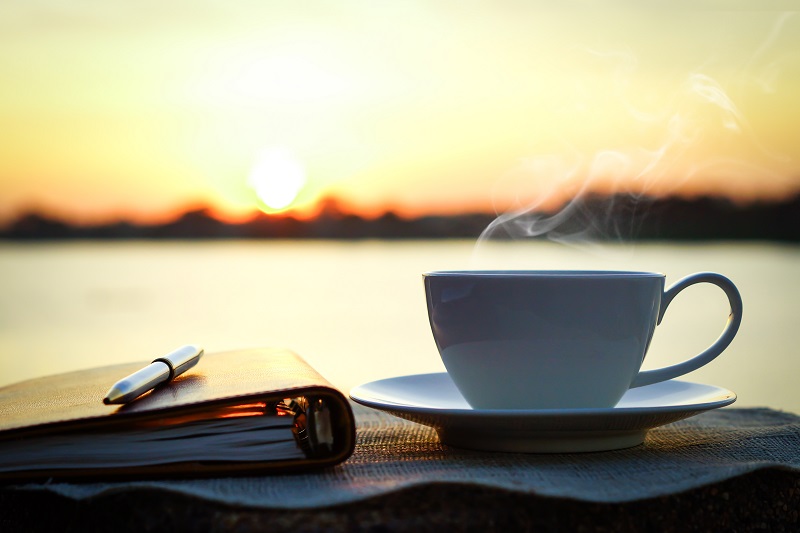 I don’t think it’s that hard to sell someone on the value of a consistent morning ritual. It’s easy to convince someone of the benefits of rising early. Start your day off right by adding an extra hour to your day to achieve goals. For the truly busy, that’s a pretty easy sell.

For almost two years, my routine looked like this: wake up at 4:30am, make coffee, do a daily visualization exercise, drink my coffee, and get to work. I run a small business, so typically I would begin the day by picking up where I left off on my latest writing project. Sometimes, I’d spend the hours of 5-7am catching up on email.

With this approach, I was serving others before the sun came up. And it worked for me, at least for a while.

During this time, I used one metric to determine if my morning was successful or not:

Did I get more work done before the sun came up than most people get done all day?

If I could honestly answer yes, then my morning was successful. There was one point of focus to my routine, and that was productivity.

But in the spring of 2016, something happened. I had all but given up my early morning routine. The only motivation I had was to keep my head under the pillow when the alarm went off. If you’re at all like me, your morning usually sets up your day. The days where I have rough starts are usually the ones where I make poor choices later on.

I needed a solution. And through experimentation, I came up with something that I think will really help people.

Stop focusing on others before 8am. Here’s why, and also how it might work for you:

The only logical reason you are going to consistently get up early is to do something you genuinely want to do. If not, you might be able to will yourself into getting up, but that isn’t going to always work. Because consistency is the most important asset for achieving your goals, you’d be better off taking another approach.

Isn’t it likely that you’ll always be motivated to do something that’s going to directly benefit you? By that logic, I’d recommend that you use the first few hours of your day to focus only on yourself.

To do this, simply change the metric you are using to determine whether the morning was successful or not. For the same reason that many people are not happy with standardized testing in schools, using a metric you don’t believe to be an accurate assessment of your abilities is not worth your time. It will also not contribute to achieving the goals you’ve set.

Instead, find or create a metric that improves you at a person, instead of forcing yourself to consistently measure up against something that you don’t really believe in.

For starters, here’s the metric I used:

Have I accomplished at least 2 things in the first 2 hours of my day that are solely focused on improving myself?

Instead of working on my latest writing project, I spent time reading or working on legacy projects. Instead of answering e-mails, I began hitting the gym or going on a 3 mile walk. At 7am, I’d then take a shower, make a good breakfast, review my list of things that I needed to get done, and only then would I get to work.

Have I done 2 things today that focus on improving myself? If so, it’s time to start working.

Rather than a shotgun blast routine structured around being productive in my business, my morning routine became a mindful, enjoyable expression of self-care and focus on my greatest desires.

And guess what? This changed everything. Within two days, my 5am wake up call had once again become something I was looking forward to.

Just remember that when 8am rolls around, the work will still be there. You’ll show up with a more resourceful attitude and a better capacity to serve others, because you are demonstrating a commitment to serving yourself first.

Through this experiment, you’re going to learn something very important: you can’t give to others what you don’t already have in excess.

It’s not a coincidence that the people in your life that are prone to burning the candle at both ends tend to be the same ones you know to be inconsistent, flaky, or even selfish. They don’t do it on purpose. That’s simply how their mind and body copes with the constant fatigue and stress.

Your sense of fulfillment and happiness directly correlate to your health, level of productivity, and ability to serve others.

If you struggle to get up in the morning, my recommendation to you is to start filling your cup first. Prioritize your greatest desires and the things that are a little selfish in nature first thing in the morning. It doesn’t matter if it’s 30 minutes or 2 hours. Just choose things you genuinely want to do.

You might find that not only will you feel better, but the people you interact with when the sun is shining will benefit, too.