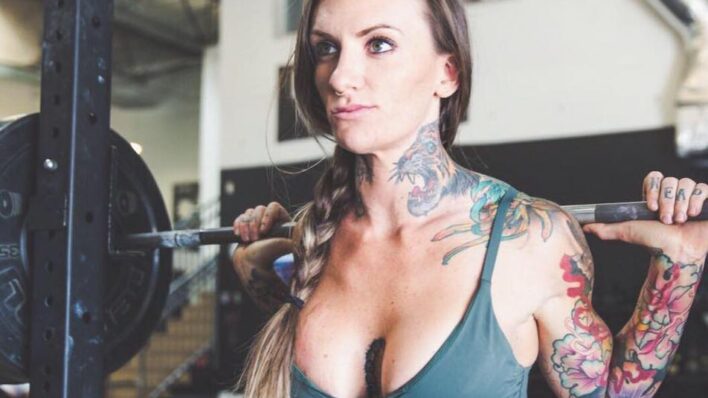 Fitness Saved Her From Addiction and Homelessness, So She Opened a Gym to Help Others Stay Sober

When doctors told Krissy Mae Cagney that her substance abuse could kill her, she turned to powerlifting and Crossfit to
By MJ Kelly    April 6, 2018

When doctors told Krissy Mae Cagney that her substance abuse could kill her, she turned to powerlifting and Crossfit to overcome her addiction.

Her journey was no easy feat, but now, Cagney hopes to help others achieve sobriety through a combination of fitness and counseling. Located in Reno, Nevada, Cagney’s Black Iron Gym is giving away 100 free memberships to recovering addicts who have been sober anywhere from one day to five years in an effort to encourage full recovery.

The downward spiral of addiction

Cagney was diagnosed with anxiety and a personality disorder, and began using alcohol and cocaine in her early teens to cope. The 29-year-old spent a lot of her teenage years and early twenties in and out of treatment centers.

“I started using at a really young age because of those behavioral problems so I used for about 10 years, all through high-school and college,” said Cagney in an interview with People. “My addiction got bad enough to the point where it left me homeless several times.”

She worked with therapists and counselors over the years, but could not manage to stay sober, and eventually moved away from her family and friends.

Replacing a dangerous habit with a healthy one Cagney began working out and discovered that by staying active, she could stay sober for several days in a row.

“Over the years, the only time that I would be able to stay sober longer than a couple of days is when I was really committed to the gym,” she said to People. “For the last year I used, it was a revolving door of trying to get sober, making it 10 days to two weeks and then drinking and using again.”

At 24, she started experiencing alcohol-induced seizures and was advised by her doctor to quit drinking. This was the wake-up call she needed to stay clean.

She already knew that staying fit made her feel good, so she stepped up her commitment to the gym.

Turning her experience into a mission to help others

Cagney founded Black Iron to provide others struggling with addiction an opportunity to turn an unhealthy habit into a healthy one. In other words, replacing a drug-induced high with an exercise-induced one.

RELATED: How To Support A Recovering Addict on The Road To Sobriety

“Every time one of my gym members looks at me and tells me that they wouldn’t be sober without my gym or the program or me, there’s no other feeling in the world like that,” Cagney said. “All I really wanted the whole time I was getting sober was somebody like that to help me and I never had that. To be able to be that to all these people is just so fulfilling.”

Eventually, she hopes to turn Black Iron Gym into a complete treatment facility to help teach addicts as well.

“This is an illness and it must be treated, and shoving it off to the side and not doing anything about it is not treating your illness,” she said.

“If you’re sober, whether it’s one year or five years or 10 years, you’re never going to stop treating your illness. It doesn’t go anywhere, you just get better at managing it.”

“The biggest thing is just taking it one day at a time.”