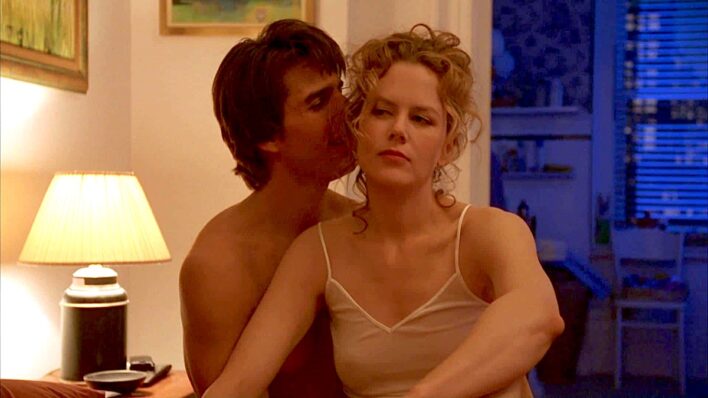 Doubt vs Dealbreaker: How To Deal With Uncertainty In Romance

How do you know if a relationship doubt is a red flag or simply something that can be fixed? Well, you have to understand what your dealbreakers are.
By Maya Khamala    July 29, 2020

How do you know if a relationship doubt is a red flag or simply something that can be fixed? Well, you have to understand what your dealbreakers are.

Anyone who’s ever been in a romantic relationship before knows that the kinds of doubts one is sometimes plagued with are of an altogether different lot than those experienced, in, say, a simple friendship, or a family bond. Which does make sense considering this is a chosen relationship with a person you’re romantically, emotionally, and presumably sexually attached to, typically in the longterm.

That whole longterm element is where a lot of people hit a snag and start dwelling in doubt. Most people doubt on an occasional basis, and from experience I’d say that’s pretty normal, even healthy. Starry-eyed certainty entirely unmarred by tension or uncertainty is questionable. Why? Because we’re human, and we have to hold onto our concepts of self even while nurturing deep connection with another—it’s only natural that this inherently tenuous process has its rocky moments.

But, in the modern world, with all of its holy online immediacy—its ads designed to hold attention and its dating apps designed not to drop our craving for a moment—how on earth are we supposed to tell the difference between healthy (albeit sometimes challenging) doubt, and bonafide red flag specials (also known as Dealbreakers, with a capital D)?

Here’s how to doubly discern so you end up making the most solid, well-thought-out choices possible!

Doubts that may be part and parcel of your love:

1.You’re attracted to other people

While I know this can be hard to hear while in the throes of new love, it’s totally normal, particularly after being with someone a while, to still find other people attractive, still check others out from time to time (respectfully, with tact), and to maybe even low-key flirt a bit on occasion. Of course, if you’re trolling dating sites, keeping secrets, and sexting strangers for a slice of new drama, this is a bigger deal than minor doubt.

2. The sexual vibe is off

The idea that your truest love and your bestest lover always align in one person is simply untrue a lot of the time because we’re  all complex psychosexual beings.

What this means is that in addition to being about raw pleasure, sex in a longterm relationship is also about communication, and everyone’s ability to communicate veers off course sometimes. Personally, I used to have cold resistance to the idea that if a partner isn’t up to par in bed, I could (gasp) simply teach them how to please me.

But if a partner is open and willing and able to learn, that’s a sign that teaching and learning can actually be a form of foreplay. Two willing partners go a long way!

I have a friend, let’s call her Tara, who frequently gets into relationships with men she is afraid to settle for. She always wonders if she could do better and she ultimately ends up dividing her attention between too many potential love interests at once.

Online dating can be bad for this: the endless menu of possibility sometimes lures us from committing to one person. This may be one to meditate on: does this person deserve more of you, do you deserve more of them? Chances are they still have your interest, but you’re just scattered and need to focus. If you’re really not sure however, your doubts may be based on something deeper.

Doubts that probably need to be treated like a big deal(breaker):

1.They lie to you…on the regular

Maybe you’re questioning their loyalty, their whereabouts, and their true feelings all the time, and maybe it’s because they’re lying and you know it. I’ve dated chronic liars and I can attest to the fact that this is a problem you probably don’t want to try fixing. That’s their job and there’s no guarantee they’ll do it.

2.You’re not feeling much of an attraction

I have another friend, let’s call her Katrina, who repeatedly gets into relationships with men she’s not sexually attracted to. While sex is not everything, it’s surely something in the scheme of a romance. The point? Questioning your attraction (or even your loyalty) is arguably just as big a deal as questioning theirs.

Psychotherapist and relationship therapist Dana Koonce points out that, “Once the initial ‘honeymoon period’ wears off, we often see people in a different light. Doubts about your physical compatibility may not necessarily be written off as just ‘minor blips.”

3.Incompatible desires for the future

While I’m a huge fan of living for today and not getting caught up in small details, if you’re having doubts about whether your dream of running an organic farm fits with their dream of working on Wall Street (true story), you probably shouldn’t ignore that or explain it away.

Talking openly about the places your future goals overlap and don’t is very important, as it often means figuring out whether different goals also happens to mean different core values too, and also whether making it work is workable or not.

4.They make you feel bad about yourself

If your partner puts you down, diminishes your concerns, makes you feel alone, crazy, disliked, or they even go so far as to be outright physically abusive, I’m here to tell you that’s a definite dealbreaker.

If their offenses are so huge that others end their relationships with you or refuse to see you with your partner, chances are you need a soul-searching session. While talking with your partner about problematic behavior may bring about positive change, you ultimately need to ask yourself what you’re willing to live with and for how long.

At the end of the day, there is no formula for love, my friends. Each and every case is different, and nobody fully understands the intricacies of a dynamic between two people but those two people themselves. That’s where your gut comes in. I’m not saying it’s easy, and I’m not saying the channels don’t get muddied, but I do believe that the gut usually knows the right answer way before the mind decides to clue in.