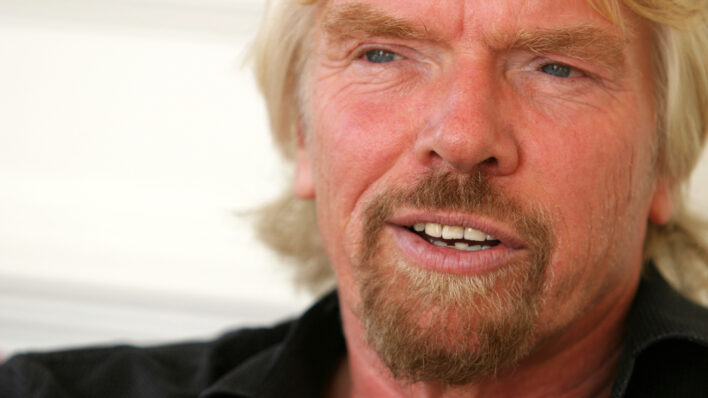 Remember the Concorde? If you don’t, it was a supersonic passenger airliner able to fly across the Atlantic in about
By Anouare Abdou    February 14, 2018

Remember the Concorde? If you don’t, it was a supersonic passenger airliner able to fly across the Atlantic in about

Remember the Concorde? If you don’t, it was a supersonic passenger airliner able to fly across the Atlantic in about three-and-a-half hours. The Concorde was retired in 2003, but supersonic travel is making a comeback, according to billionaire businessman Sir Richard Branson. “The next big thing, hopefully in my lifetime, will be supersonic travel coming back and people traveling around the world in next to no time,” Branson told Bloomberg Television. “And hopefully in a relatively environmentally friendly way.”

Virgin Galactic is currently working on the development of a supersonic jet in collaboration with Boom. If Branson’s entrepreneurial record is any indication, the way we travel could be changed forever in a relatively near future.

So exciting for @virgingalactic with VSS Unity dropping 50,000ft straight down at 0.9 Mach – the fastest ever glide test flight ever #spaceshiptwo

And beyond the economical and business implications that such a change would bring, this technological advancement could also have a considerable impact on human connection and personal development.

Imagine a world where anyone would be able to reach foreign destinations in a fraction of the time. It is said that traveling is the only thing you buy that makes you richer — this would literally expand your horizons, allowing you to get out of your comfort zone and broaden your perspective in the time span of a road trip.

And how about those friends or family members that live abroad but that you never get to see? Faster air travel would bring you closer to them. Isn’t it kind of funny when you think about the fact social media and Skype were the “big thing” that fulfilled that role until now?

Given the digital revolution of the past two decades, it’s easy to automatically think of tech as an expansion of our daily, physical lives into the digital universe, which has also affected the way we learn, grow and connect to others.

But we shouldn’t underestimate the power of more traditional industries to change our worlds in an equally impactful way.