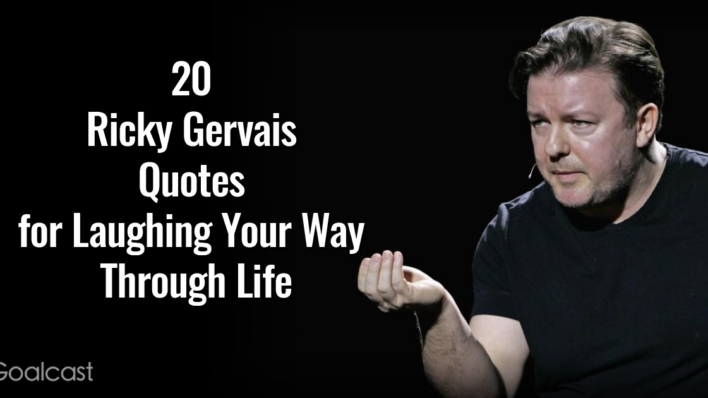 20 Ricky Gervais Quotes for Laughing Your Way Through Life

We first met Ricky Gervais as David Brent back in 2001, in one of the most popular mockumentaries ever made:
By Flavia Medrut    April 11, 2019

We first met Ricky Gervais as David Brent back in 2001, in one of the most popular mockumentaries ever made:

We first met Ricky Gervais as David Brent back in 2001, in one of the most popular mockumentaries ever made: the original, UK-made The Office. Ever since, Gervais has built himself a massive fan base by making everyone laugh while tearing apart taboo topics.

Gervais grew up in a poor neighborhood. His dad was a laborer and his mother a housewife. But even though he didn’t have much as a child, Ricky didn’t really need more. He always believed that a man is successful when he is able to do exactly what he wants to, when he wants to, and money making wasn’t part of that success.

Gervais worked initially in the music industry, but eventually turned to comedy. After all, he couldn’t let all the wit and humor go to waste.

While his comments and remarks on life and everything in between might be perceived as harsh, he is trying to make the world a better place. A good sense of humor can be your salvation when the going gets tough.

Gervais’ latest black comedy series, After Life, was released on Netflix in March 2019, with another season on the way.

Here are 20 Ricky Gervais quotes for laughing your way through life.