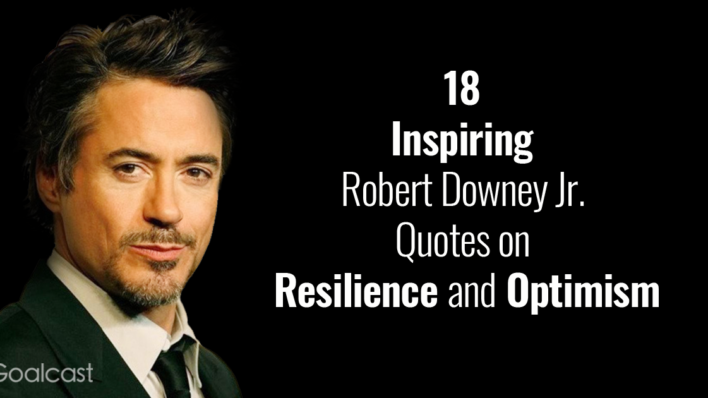 Robert Downey Jr. is an A-list American actor and singer, and definitely one of the most highly respected artists in
By Flavia Medrut    November 21, 2018

Robert Downey Jr. is an A-list American actor and singer, and definitely one of the most highly respected artists in Hollywood.

Over the course of four decades, his career had many ups and downs, but somehow he always managed to reinvent himself and grow his fan base. For three consecutive years, Downey was among Hollywood’s highest-paid actors. No wonder why… delivering one blockbuster after another and becoming everyone’s favorite superhero had to pay off eventually.

Downey was born into a family of filmmakers with many opportunities, but was also introduced to drugs by his addict father at a young age. He faced drug addiction and some serious legal conflicts, but was strong enough to overcome everything and still have a top-acting career. Being optimistic and believing in his limitless potential made him win every fight.

Despite his huge success, Downey Jr. is a humble individual and never forgets about giving back to others, by supporting charities and foundations. Here are 18 Robert Downey Jr. quotes on resilience and optimism.

Listen, smile, agree and then do whatever you were gonna do anyway.

The lesson is that you can still make mistakes and be forgiven.

Remember that just because you hit bottom doesn’t mean you have to stay there.

Maybe the goal really should be a life that values honor, duty, good work, friends, and family.

To me, friendship means loving tolerance.

I always encourage people to be confident, and sometime even a little falsely so, just so you can give yourself an opportunity.

I think it’s miraculous that anybody survives themselves. I’ve noticed that worrying is like praying for what you don’t want to happen.

Sometimes you just gotta be drop-kicked out of the nest.

Do I want to be a hero to my son? No. I would like to be a very real human being. That’s hard enough.

The higher the stakes, the happier I am, the better I will be.

Nothing will serve you better than a strong work ethic. Nothing!

Look, even bad years are pretty good years, I think.

At the end of the day, anything I think I’m sacrificing I’m just giving up because it makes me feel better.

People rise out of the ashes because, at some point, they are invested with a belief in the possibility of triumph over seemingly impossible odds.