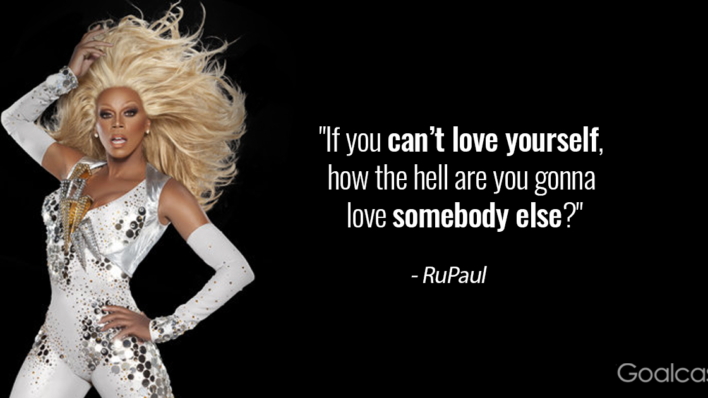 20 RuPaul Quotes on Self-Confidence and Success

RuPaul Andre Charles is an American drag performer, actor, TV host, and recording artist. The most commercially successful drag queen in the United States gained worldwide fame as the host and judge for his own reality competition television series RuPaul’s Drag Race. The show has won 9 Primetime Emmy Awards, three of which were awarded to RuPaul for hosting.

Needless to say that back in the ’80s, RuPaul’s unusual appearance didn’t really help him to climb the ladder of success. RuPaul struggled as a musician and filmmaker, but since he was never short on ideas, he’s always found a way to stand out. He participated in underground cinema, worked as a club dancer, and even sold pictures of himself as postcards.

His outfits made him popular, but his attitude toward life is what made him truly remarkable. By embracing his true self and encouraging millions to do the same, RuPaul has become an inspiring pop culture icon. He has supported LGBTQ+ rights and has fought for equality throughout his career, and been a model of longtime love with his husband Georges LeBar.

In 2017, RuPaul was included in the annual Time Magazine’s 100 most influential people and became the first drag queen to earn a star on the Hollywood Walk of Fame.

Here are 20 RuPaul quotes on self-confidence and success: