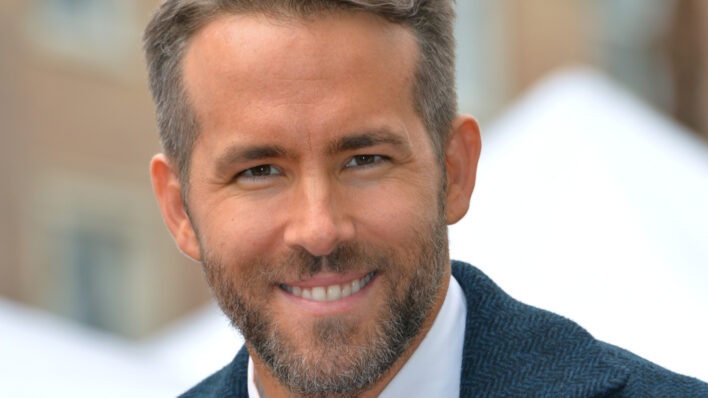 Ryan Reynolds Gets Vulnerable About Suffering From Anxiety, Inspires Us with the Way He Manages It

Whether he’s portraying the quick-witted Deadpool on the big screen or entertaining the Twitterverse by savagely trolling his wife Blake
By Anouare Abdou    May 3, 2018

Whether he’s portraying the quick-witted Deadpool on the big screen or entertaining the Twitterverse by savagely trolling his wife Blake Lively, Ryan Reynolds seems like a cool, confident guy.

But behind those charming, effortlessly laid-back vibes, Reynolds is battling the same type of mental illness as 40 million adults in the United States: an anxiety disorder.

“I have anxiety, I’ve always had anxiety,” Reynolds told The New York Times. “Both in the lighthearted ‘I’m anxious about this’ kind of thing, and I’ve been to the depths of the darker end of the spectrum, which is not fun.”

He told the reporter who interviewed him that he still gets nauseous before every talk show appearance, and the build-up before interviews with journalists makes him jittery.

How Ryan Reynolds manages his anxiety

So how does he manage to deal with it and, you know, actually face the situations he dreads?

First, he uses humor, a self-defense mechanism he developed as a kid, growing up in an environment made volatile by the mood swings of his father.

He also likes to do a lot of his Deadpool promotional interviews in character, as putting himself in the shoes of the superhero allows him to relax. “When the curtain opens, I turn on this knucklehead, and he kind of takes over and goes away again once I walk off set,” he said.

And if you’re not an actor and can’t really apply this advice to real life, know that Reynolds also uses one surprisingly relatable and accessible method to manage his anxiety symptoms: the Headspace meditation app.

But he didn’t always manage his anxiety in the most healthy way. Now 41, the actor struggled with toxic coping mechanisms in his early 20s, a period of time he called his “unhinged phase.”

“I was partying and just trying to make myself vanish in some way,” he said, sharing that he frequently woke up in the middle of the night, feeling paralyzed with anxiety about the future. Self-medication was his answer, but he moved away from his partying lifestyle when a few of his friends passed away from overdoses.