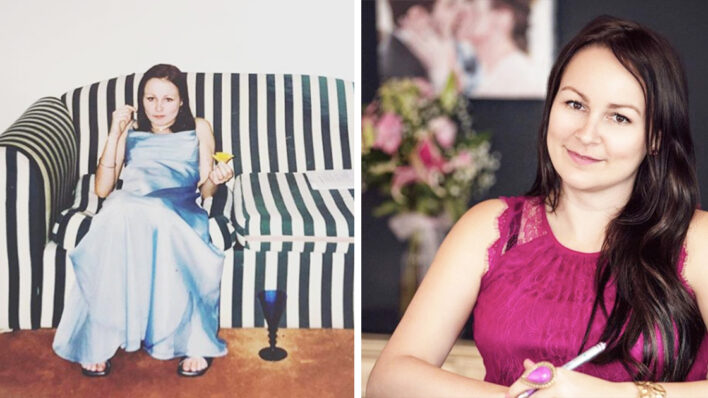 When Sarah Prout’s Fairy Tale Turned Into a Nightmare, She Chose Love Over Fear

Sarah Prout was 19 years old when she met the man she was going to marry.

“I said yes because I wanted to feel chosen. I should’ve said no,” Prout explains. “I wanted that fairy tale wedding. I wanted that ‘happily ever after.'”

But Prout’s wedding was nothing like the fairy tale that she had dreamed about. When Prout was getting her hair styled before her walk down the aisle, her hairstylist asked “Have you got any special plans for today?”

Unlike a typical blushing bride, who wouldn’t be able to stop talking excitedly about her upcoming wedding, Prout lied: “My friend is getting married.”

The unnamed bad feeling Prout had about her own wedding foreshadowed the pain she would experience for the next 10 years, stuck in an abusive marriage.

When Prout tried to stick up for herself, her husband responded with violent abuse. “There were many bruises, many tears, and many tantrums.”

Her painful marriage came to a head one night when Prout had gotten delayed coming home. Her phone was ringing non-stop with phone calls and threatening messages from her husband: “I don’t know where you are now, but when I see you I’m going to mess you up.”

Prout recalls arriving home that night to see her clothes strewn about the street. Her path to the door was littered with her own jewelry, and her hands shook as she stepped over her broken digital camera and tried to unlock the door to her home.

The door flew open: her husband was drunk and furious. The apartment was riddled with vodka and stank of gasoline. Her husband had piled Prout’s clothing in the backyard to burn, trashed her computer, ripped up her family mementos, and attacked her desk with an axe. All because she was late coming home.

Devastated, Prout rang her father at 3 AM and he convinced her to call the police. When the police arrived to take their report, they asked Prout about her two young children. That was when Prout finally hit her breaking point.

“I just broke down crying.” Prout recalls. “I felt so powerless and I knew something had to change — I had to change.”

Determined that her children would grow up in a happy and healthy home, away from the violence of her abusive husband, Prout left.

Leaving didn’t magically solve all of Prout’s problems — some days she struggled to put food on the table and she would go without to ensure her children could eat.”

Prout’s mother gave her some life-changing advice: “Just take one day at a time.”

Prout applied that strategy to her changing her life, taking things one step further: one moment at a time.

“When I was brave enough to take those steps, to leave the disfunction, to set those boundaries, to ask for help,” Prout recalls, “My life began to change.” She began to heal and was able to support her family.

Ten years later, Prout fell in love again and finally had her fairy tale wedding to the real love of her life. They had two more children together, and Prout wrote a book called Dear Universe: 200 Mini-Meditations for Instant Manifestations.

Prout’s advice for anyone experiencing similar struggles is this: “You’ll look back one day, and you’ll be so proud of yourself that you were able to survive.”

“If you be the love that you believe you deserve, it will change your world.”