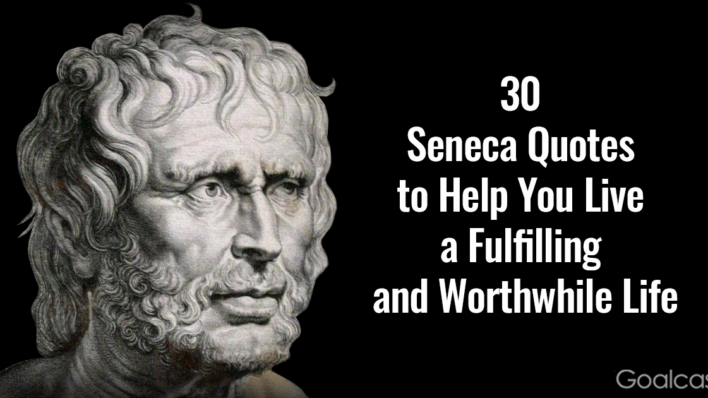 Seneca the Younger (in full Lucius Annaeus Seneca) was a Roman Stoic philosopher, statesman, orator, and tragedian. Known as one
By Flavia Medrut    March 15, 2019

Seneca the Younger (in full Lucius Annaeus Seneca) was a Roman Stoic philosopher, statesman, orator, and tragedian. Known as one of Rome’s leading intellectual figures, Seneca was also a tutor and advisor to emperor Nero.

As a boy, Seneca was taken to Rome by an aunt, where he was trained as an orator and educated in philosophy. He grew up to be a successful senator and orator. In fact, emperor Caligula became so jealous of Seneca’s remarkable gift for oratory that he ordered his execution. Seneca only escaped because of his poor health and Caligula was told that he doesn’t have many days to live anyway.

Although he survived Caligula’s reign, Seneca was forced to live in exile, as the next emperor’s wife accused him of committing adultery. It was then that he wrote the Consolations, which contain the essence of his Stoic teachings.

The philosopher was later recalled to Rome by Agrippina, to tutor her son, Nero – the future emperor that would later order Seneca to kill himself. All of this due to a misunderstanding.

Seneca’s work inspired playwrights such as Shakespeare, and his masterpiece Oedipus, was held in high esteem in Elizabethan England, as the standard for tragedies.

Here are 30 Seneca quotes to help you live a fulfilling and worthwhile life.