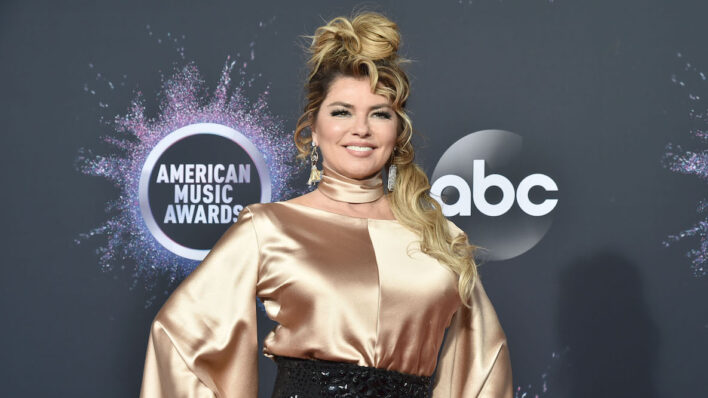 Shania Twain is a country music legend with a heavy past. Although people may not be aware of it, she grew up in extreme poverty, in the midst of abuse. But then, her parents died and she was unexpectedly thrown into motherhood. Her story is an inspiring tale of survival and triumph.
By Shaoni Das    April 13, 2020

Shania Twain is a country music legend with a heavy past. Although people may not be aware of it, she grew up in extreme poverty, in the midst of abuse. But then, her parents died and she was unexpectedly thrown into motherhood. Her story is an inspiring tale of survival and triumph.

There is no denying that Shania Twain is an absolute country legend. The Canadian singer-songwriter first emerged in the nineties with a dynamic, powerful sound that managed to impress and win over millions of country music enthusiasts all over the world. The success of her work cannot be understated — over 100 million records sold, five major Grammy awards, stars on the Hollywood Walk of Fame and Canada’s Walk of Fame, and sold-out world tours. She’s one of the most successful, best-selling music artists of all time, and that’s a fact.

More significantly, her empowering, emotionally-driven songs struck a chord with young girls and women out there who’d been hoping to find their own country goddess. Shania Twain’s remarkable career does not just place on par with the men but makes the case that she has effortlessly surpassed them.

What matters is how she was able to reflect on her own experiences and memories to create music that resonated with all of us. Shania exemplified the wonder of “girl power” in each and every one of her songs and performances, long before it was acceptable or trendy to do so in the country music industry.

But what a lot of people don’t know is that Shania’s message of “girl power” wasn’t just a marketing tactic; she’d been through a whirlwind of unspeakable hardship in her life to become the honorary Queen of Country Music. Most individuals have their own share of struggles to overcome but Shania’s path to glory was fraught with massive obstacles, the kinds that give you pause and be grateful for what you have. Despite it all, she never lost sight of her big dreams.

She watched her mother get assaulted repeatedly

Shania’s parents divorced when she was just two and her biological father promptly abandoned her and her two sisters. Shortly after, Shania’s mother married a man named Jerry Twain, who ended up adopting all the three daughters.

Shania has immense respect for Jerry and how he went the extra mile to raise girls that weren’t even his biological children. Despite the gratefulness, the marriage between Jerry and Shania’s mom, Sharon, was anything but perfect, and that in turn affected Shania’s childhood in more ways that one.

Shania revealed that Jerry used to physically abuse her mom throughout her childhood. It had gotten so bad that she would often think her mom had died as a result of the life-threatening injuries. There was even an incident one time where Shania had watched Jerry smash Sharon’s head into a toilet, after which she went limp and unconscious.

So I’d gone through the shock and experience of really believing my mother had died at that moment. Also, through the humiliation of how I thought she had been killed, by drowning in a toilet seat. … It was very, very obviously very hard to take.

Not only was Jerry abusive to Shania’s mom but he also directed a lot of rage at Shania herself. On top of the psychological and physical abuse, Shania had also endured sexual abuse at his hands. She hasn’t gone public with the details but she did mention how sexual abuse goes hand in hand with psychological abuse in many ways.

As traumatic as it was, Shania didn’t want to feel hateful towards her stepfather. She loved him so much for everything he did for the family and for all the crucial life lessons he instilled in the girls, but at the same time, he was prone to verbal outbursts towards the young girls.

A true Jekyll and Hyde situation that once again implies that nothing in life is black and white; the very people you love and hold so closely to your heart are just as capable of hurting you and inflicting pain upon you.

She grew up dirt-poor and hungry

As if the abuse wasn’t already enough to deal with, Shania and the rest of her family had to get by with extremely limited means. One of the major sources of conflict between her parents was money or lack thereof. They were five kids in one household in a small town in Canada, so naturally, it was tough to pay the bills in time and still have enough left over for a decent, comfortable life.

Shania has said that they weren’t able to afford rent and groceries on many occasions, so she had to go to school with an empty stomach. She couldn’t concentrate in class due to a rumbling stomach and she recalled being jealous of other kids’ lunches. But she never spoke a word of this to the school authorities or child services, because she feared that might tear her family apart.

I wanted to escape [from] everything. Violent home. Tensions. Nothing to eat. When you’re hungry you can’t do anything about it but distract yourself from hunger. And it really works. It’s therapeutic. A lot of kids play with dolls and I played with words and sounds.”

Shania Twain to the Guardian

She became a surrogate mother to her siblings

After graduating from high school, Shania moved to Nashville to get her footing in the country music scene. But before she could really get her breakthrough, her parents passed away in a car accident in 1987. She had to forget about her dreams and move back home to take care of her four siblings.

In spite of everything that had happened in her childhood, Shania loved her parents more than anything. Yet amidst the throes of surrogate motherhood, she barely had time to process their deaths and come to terms with her grief.

Besides, she had bills to pay and mouths to feed, so she took up a singing job at a nearby resort. The whole ordeal may have been a lot of responsibility at the time but looking back, Shania has disclosed that it matured her in many ways. It also allowed her to experience parenthood for the first time ever, something she would go on to pursue later in life.

It was a turning point in my life. It brought me to where I should’ve been at that age

Music was her only refuge

Throughout all the challenges that followed her from a very young age, music became her only glimmer of hope, her one and only route to freedom. She began experimenting with sounds and harmonies at age five, and by the time she was eight, Shania had already taken to local bars to sing and perform to contribute to the family’s income somehow.

From the age of eight, I would go singing folk and country songs at clubs at the weekend. Sometimes even after midnight till two or three in the morning on a school night. I didn’t enjoy being in those places at all. I developed a lot of stage fright.

Shania Twain to the Big Issue

These bars were not kid-friendly in the least, considering the number of drunk patrons and the occasional strippers dancing inside the venue. Shania was much more fond of creating music in her own bedroom and singing to herself, but her mother wanted her to get the exposure that only local bars could provide at the time.

Nevertheless, Shania was finally able to get rid of the stage fright and get comfortable with performing on stage. But upon her parents’ death, she had to consider the possibility of leaving her dreams for good. And at her lowest, she decided that it was a dream worth pursuing and that she wanted it more than anything. Something that Shania used as a distraction during her childhood became her savior over the course of her life, and she never gave it up at any point.

Nothing of my present or my future will ever take away what I had in the past, ever. I would never disrespect myself and do that

Shania’s tragic childhood and early adulthood remind us that life is volatile and you can never predict how things are going to go. Yet passion is that one thing that keeps us going through all the ups and downs. It does not care whether you’re rich or poor, or young or old. For Shania, it had been music through and through, even when she didn’t think she could make it work.

Yet focusing on her passions, even as a way to pay the bills, kept her head steady and her mind protected. She moved through enough ordeals of abuse, poverty and grief in her early life, and yet her passion for country music remained a priority for her. Today, she is happily married and thriving.

As human beings, our passions are the only thing that offers us hope and salvation during the direst of circumstances.  Knowing that we too can fulfill our dreams in the future is the only thing that can drive us forward. Self-belief is key, and the rest will take care of itself.