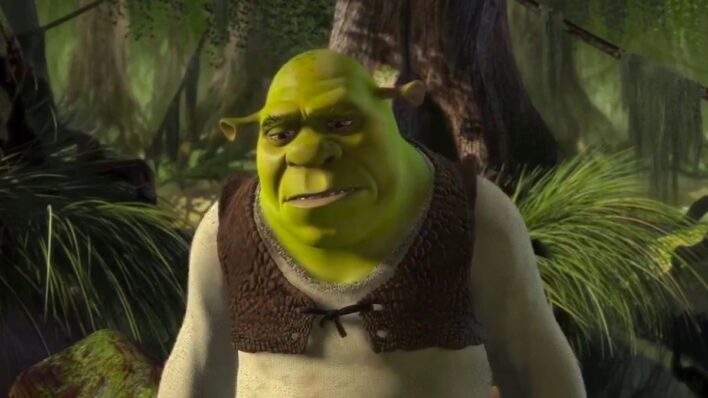 The song was rejected by his record label because it wasn’t commercial enough.
By Sarah Vanbuskirk    April 10, 2022

The song was rejected by his record label because it wasn’t commercial enough.

The best songs take us to amazing, unexpected places. They teach us things about ourselves, about others. They get into our heads and roll off our tongues. They share memories, wishes, struggles, and feelings. Often, songs can relay thoughts with greater emotion and power than words simply spoken or on the page. They reach our hearts, our souls, and our dreams. The Leonard Cohen classic ‘Hallelujah’ is such a song.

Crazily enough, that heartfelt, transcendent song had to travel a long, steep, winding, obstacle-filled road to reach the public and become the phenomenal hit it is today. In fact, it only became the iconic ballad modern audiences know—and a key song in the soundtrack of the movie Shrek—decades after it was originally conceived and recorded.

Learn how, against all odds and many roadblocks, Cohen’s (and others’) dedication and belief in the magic of this song, kept it alive and kicking for years until it became the ‘Hallelujah’ we know, love, and listen to today.

The Winding Road of Creation

You might think that any fantastic song would naturally be appreciated from the get-go, but that’s just not always the case. There is no better example of this truth than the story of Leonard Cohen’s ‘Hallelujah.’ Today, ‘Hallelujah’ is revered, and is one of the most covered songs of all time.

Before a song can seep into the public consciousness and impact us, it has to get imagined, written, produced, played, and released out into the world. In other words, it needs to get heard—and enjoyed—by a lot of people.

The creative process is a tricky thing. Sometimes, when musicians create a song, it flows easily, words quickly scribbled on paper (or typed) soon becoming fully formed lyrics begging to be sung. Other times, the refrains might not come so naturally. There may be a long struggle to turn the words into the final piece that the musicians are happy with. Often, the songwriting dance may fall somewhere in between, with the songwriter mixing moments of inspiration with the hard work of playing around with the words until, finally, they sound—and feel—just right.

Whether or not the initial concept for a song comes quickly, typically, lots of trial and error and tweaking of a phrase here or there go into finding the lyrics that work best. Playing a song live can also help to inform this creative tinkering. Once the song is “done,” there’s still more work to complete.

Next, comes the process of getting their creation out into the world. This, too, can be a simple process, say by playing the song at a show or putting it up on the Internet for all to hear. It’s not always that easy, though. Much determination—and luck—is often required for a song to break through and reach critics, music industry executives, and fans.

In fact, many amazing songs may never reach the ears that might love to hear (and sing along with) them. And, even for songs that do get produced and listened to, it can still take lots of time and effort—even if it’s a really great song—to get the recognition they deserve.

The Unbelievable Rejection (And Redemption) Of Leonard Cohen’s ‘Hallelujah’

Leonard Cohen was already an established, successful musician with many hits to his name when he started writing what became ‘Hallelujah.’ Regardless, the Canadian folk legend had trouble even getting his album that had the song ‘Hallelujah’ on it released. But way before that he had an even tougher time writing the song itself.

In fact, Cohen worked on the song for over 5 years, ultimately creating over 60 versions of the powerful song. The songwriter, who was also a poet and novelist, created music for over 40 years. The idea of ‘Hallelujah’ came to him in the late 1970s but when he first started working on it, the words just didn’t feel right. But, luckily, Cohen believed in the concept of the song, so he just kept tinkering with it, moving lyrics in and out, taking a break from it now and again. Then, returning to it, over and over.

Finally, after years of editing and rewriting, Cohen was happy with the song. He put it in his 1984 album Various Positions. However, when he brought it to his label, CBS, the head of the  record company, American music industry icon Walter Yetnikoff, passed on the album. Yetnikoff rejected it, not because he didn’t like the music, but because he didn’t think it would sell. He suggested that Cohen abandon ‘Hallelujah’ (and the rest of the music on the album) and make something more commercial instead.

However, Cohen was undeterred and set about making sure the music was released. He was convinced that ‘Hallelujah’ was a great song and that all his efforts on this album had created music worth getting out into the world. So, instead of giving up on this endeavor, Cohen decided to try his luck elsewhere and took the album to another label.

Ultimately, Various Positions landed at a small, independent label called Passport Records. The record was released to the public in 1984 and he performed ‘Hallelujah’ and other songs from the album to crowds on his 1985 tour. However, the song failed to become a colossal hit—at least right away.

In fact, his original recording of the song did not thrill listeners or critics. Still, Cohen was steadfast in his belief in the song, and kept on working on it. He tried out various big and small changes to the song, including tweaking various verses, whittling them down, adding new and old lines, rewriting whole sections, lengthening the song, slowing it down, speeding it up, and making it darker.

Jeff Buckley, Shrek, and the Unexpected Rise of ‘Hallelujah’

Cohen also kept playing the song at some of his shows. And as luck would have it, Welsh rock star John Cale of the Velvet Underground, attended Cohen’s concert in 1990 and heard the Canadian singer perform ‘Hallelujah.’ Cale fell in love with the song that night and was so taken by it that he talked to Cohen about recording his own take on the ballad. Cohen agreed and sent him the lyrics. But not only that, Cohen shared 15 pages of various versions of the song for Cale to pick through. And that he did!

Cale used this wealth of material to create his 1991 cover of ‘Hallelujah,’ a reimagining of the song as a melancholy piano ballad. He later said that he focused on “the cheeky parts,” folding sections of old and new variations of the song into his version. Cale retained many of the biblical references, some of which Cohen had dropped from his newer incarnations of the song.

Cale’s version got some traction, but not much. It took ten years more years for Cale’s ‘Hallelujah’ to be featured in 2001’s Shrek. Before that, it ended up on a relatively obscure 1991 French compilation album called I’m Your Fan: the Songs of Leonard Cohen, which included covers of Cohen’s songs done by multiple artists.

At the time, that album didn’t get much mainstream attention. However, up-and-coming musician Jeff Buckley ended up listening to it and was quite enthralled by Cale’s cover of ‘Hallelujah.’ So much so that Buckley decided to do his own version and started playing the song during his performances.

Soon enough, an executive from Columbia Records heard Buckley play ‘Hallelujah’ and was impressed enough to give him a record deal. They then set about producing Buckley’s 1994 debut Grace, which featured Buckley’s cover of ‘Hallelujah.’

Again, at the time it was released, the record and song didn’t get a ton of mass appreciation. Sadly, it wasn’t until 3 years later in 1997, after Buckley drowned while swimming in a river, that his cover of ‘Hallelujah’ began to get noticed. Buckley’s death prompted much more attention toward his music. Soon, critics and audiences were listening to his version of the song in droves. And Buckley’s talent and the genius of ‘Hallelujah’ were finally recognized for the poignant beauty they embodied.

In 2001, ‘Hallelujah’ was featured in the movie “Shrek,” and totally blew up. Critics and fans alike went back to Cale and Cohen’s versions with new, more appreciative ears.

Many other musicians started doing their own covers of the song, including Willie Nelson, Brandie Carlile, Rufus Wainwright, k.d. Lang, and Avril Lavigne. In addition to Shrek, ‘Hallelujah’ has been included in many prominent media projects such as The Watchman, The West Wing, The House, ER, and The OC. And streaming platforms have dozens of versions of the song sung by famous and obscure musicians for your listening pleasure.

What ‘Hallelujah’ Teaches Us About Rejection and Persistence

Ultimately, it took nearly 20 years for ‘Hallelujah’ to reach a wide audience, and several more for it to become famous, due to its inclusion in the movie Shrek. The slow but persistent path of  “Hallelujah” marched steadfastly from its early inception as whispers of verse in Cohen’s mind.

Determination in the face of rejection kept the song going. The story of this soulful song shows us that with persistence, talent, and belief in your dream, success may be just around the corner. Getting what you want may not always be easy, but just because it doesn’t happen right away, doesn’t mean it won’t happen in the future. It took years and years for the genius of ‘Hallelujah’ to be recognized for what it was. It took the right people hearing and singing the song for it to get the momentum it needed. It also took luck, coincidence, and hard work.

Likewise, putting in the necessary effort and weathering and overcoming any obstacles in your way is key to achieving any dream you have. You might feel miles away from reaching your goal or even that it’s impossible. But if you believe in the idea or the project, trusting it’s worth the effort can help you put in the time and attention that’s needed for the concept to come to fruition.

The movie Shrek is what finally catapulted ‘Hallelujah’ to massive fame, but the power of Cohen, Cale, and Buckley’s great work are what enabled that to happen in the first place. This captivating song is a reminder that immediate success and rewards are not always the ideal barometer of quality or worthiness. And when you’ve got talent and grit on your side, sticking with your endeavors matters, and putting in the hard work that’s needed invariably pays off in the end.