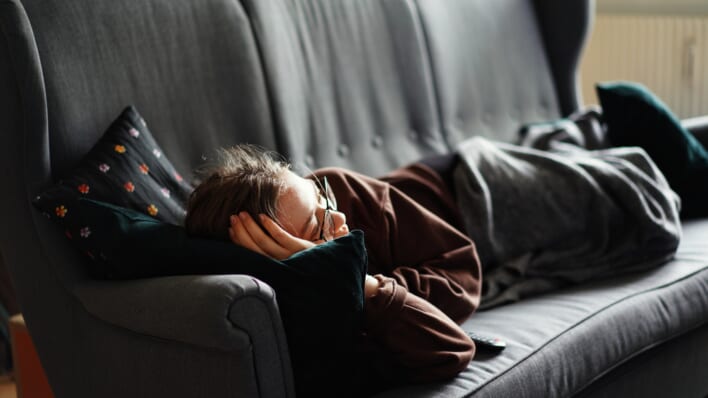 Here Are 10 Signs You’re Suffering from a Victim Mentality

Reframe your thinking, break out of the cycle, and thrive again.

Does it seem like life is always easier for other people? Does it seem like the proverbial deck is just stacked against you? Opportunity never seems to come knocking, while problems seem to walk right in uninvited, right?

Life is like that for everyone sometimes, no doubt about it. But for people with a victim mentality, life is like that each and every day. See, the operative word in those questions above is “seem.” Because with exceptions, more often than not other people are facing all the same types of challenges you are, life is not oriented against you, opportunity is waiting, and troubles are evenly distributed.

So why does life appear harder, less fair, and less fulfilling to you? Perhaps because you are suffering with a victim mentality.

Also called a victim complex (or, less often, a victim syndrome), the victim mentality is a state of mind in which you tend to put the blame for the challenges and troubles in your life on anything but yourself. You may blame your problems on others, on your upbringing, on your location, on various other circumstances beyond your control (or perceived to be beyond your control, at any rate), or on mere bad luck.

The victim complex is not to be confused with cynicism or pessimism, which are the beliefs that most people are motivated by self-interest and that in most cases the worst that can happen will happen, respectively; cynics can be quite motivated to take control of their lives and effect change, while pessimists may expect the worst but don’t necessarily take things personally just because things are (or might be) bad.

If you think you may have developed a victim complex, consider these 10 common aspects of the victimhood mentality – if many or most apply, it may be time to work toward reframing your view of self, others, and the world at large.

2. You perceive life as easier for everyone else – and with this all too often comes resentment, which can damage relationships with family, friends, and colleagues, erecting barriers between those that could help you – barriers that may be inexplicable to others, and thus only grow more entrenched as they react to the feelings you exude unbidden.

RELATED: No Mud, No Lotus: Why Growth Can’t Happen Without Self-Acceptance First

3. You do not seek solutions to problems – Even when you do know there’s an issue at hand and you’re the one that needs to handle it, if you just don’t put in the time and effort to do so, instead giving up and letting it pass (or, worse, letting it fester), that’s a clear sign of the victim syndrome.

4. You are not self-confident – Self-confidence is a struggle for most people, but the resilience to keep trying even when we’re not sure you’ll succeed builds it up, and as it builds, so too does success tend to follow, thus starting a beautiful cycle. The person with a victim complex often experiences the reverse, though: lower and lower self-confidence leads to reduced achievement and a downward spiral is created.

5. You can find an excuse for everything – “Oh, it was a Friday, I couldn’t get to it.” “I think it got lost in the mail.” “I told Tom to handle that, I guess he dropped the ball.” “I never learned how to do that.” And on it goes. Excuses don’t help a thing, only solutions do.

6. You give up easily – If throwing up your hands and walking away from a challenge is your M.O. then you may well be playing the victim, convincing yourself it’s OK to give in rather than dig in for the long haul.

7. You cede control to other people – Leaning on people for help sometimes is one thing, and a healthy thing at that; letting other people have all of the control in life, whether they want it or not, is unhealthy, and that goes for you and for them.

8. You are often irritable – When the world is against you, it’s easy to understand why you’d be angry a lot of the time. But the world is not out to get you, and the sooner you see this, the better you will feel.

10. You have a tendency toward self-sabotage – Self-sabotage takes on many forms, but it is essentially an act that you perpetrate despite knowing it may or will have negative impacts on your life without the likely chance for much benefit. It can be a coping mechanism, a self-protection tool, or even self-inflicted punishment, but if a routine behavior, as is common for those with a victim complex, it’s a problem.

The Biggest Problem With a Victim Mentality

If you are consistently unable to accept that some or even many of the issues holding you back in life are self-created, then you will be unable to overcome them and move ahead. Without taking responsibility, there is no taking charge, and until you take charge of your own life, you will never thrive.

This is not to say you need to see every last problem in life as your fault and yours alone to fix – there are more than enough difficulties out there for which blame in no way rests on you!

The Good News About the Victim Mentality

A victim complex, on the other hand, is what we call an acquired personality trait, also known as an acquired characteristic. It’s not innate within anyone to always feel themselves the victim and other people or other forces to blame for their problems, failures, or shortcomings. And just as it can be acquired, a victim mentality can be shed. Identifying yourself as having a victim mentality is the first step toward overcoming it and moving toward a better era of your life.