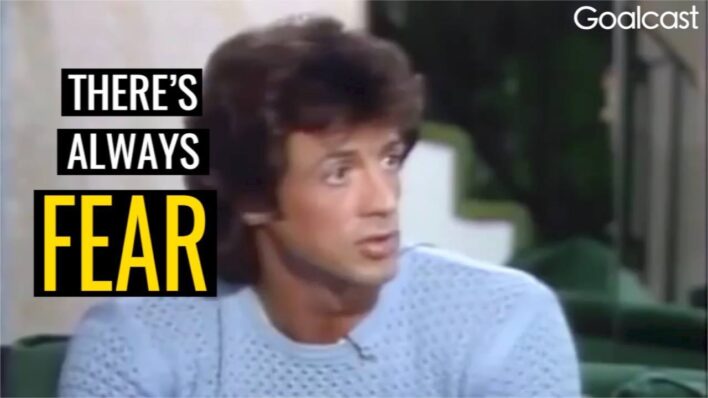 Sylvester Stallone: Use Your Fear

Sylvester Stallone talks about using his fears of mediocrity to fuel his hunt for overachievement.

“There is always fear. I even put it in Rocky III. ‘I’m afraid, I’m afraid.’ But the fear is the fuel that we use for overachievement. If I wasn’t afraid at times, I wouldn’t work as hard, because the fear is [that] I don’t want to step back into mediocrity. I don’t want to just say, okay, I want to rest on my laurels. I hear footsteps all the time and I know that I only have a certain amount of time, and I don’t want to waste it because it’s going too quickly. Since Rocky has been almost seven-and-a-half, eight years. I think that Dolly and I are just overachievers because we know there’s only a certain amount of productivity in a day, and we don’t want to waste it.”