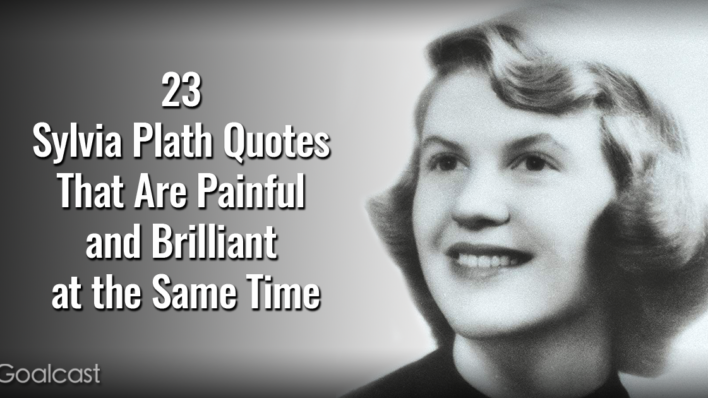 Sylvia Plath (October 27, 1932 – February 11, 1963) was an admired American poet and novelist. Her works explore themes such as self, death and nature, and are closely tied to her personal experience.

Plath showed early promise as a writer and published her first poem at the age of eight. Her remarkable talent allowed her to enter and win a series of literary contests, and later become a renowned author for works such as Daddy, Lady Lazarus and The Bell Jar.

Plath achieved considerable artistic and social success, but the inspiration behind it came from the anxiety, confusion, and doubt that haunted her. Over the years, Sylvia suffered from severe depression, attempted suicide, and underwent a period of psychiatric hospitalization.

Sylvia tried to fight her inner demons — she got married out of love, had two children and continued writing while having a full time job. However, her depression returned after her marriage had ended. She now lived alone and had to take care of two small children while on the edge of another breakdown. On 11 February 1963, Sylvia killed herself.

In 1982, Plath was the first to posthumously receive the Pulitzer Prize for poetry.

Here are 23 Sylvia Plath quotes that are painful and brilliant at the same time.