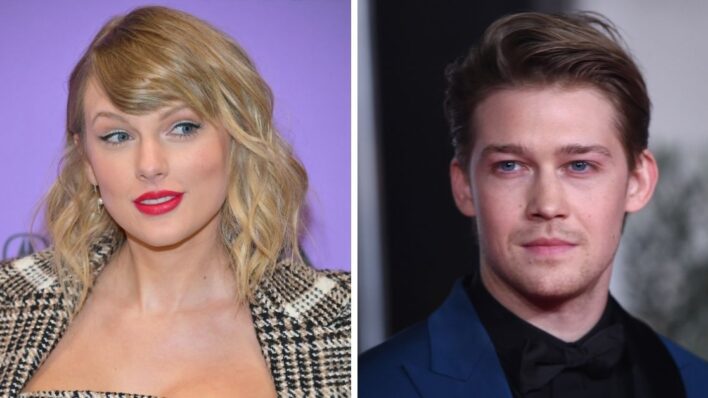 Taylor Swift’s love life has been the subject of many a headline and part of it was her own doing. Today, her mysterious relationship with Joe Alwyn proves Taylor has learned a major lesson in love.
By Maya Khamala    November 25, 2020

Taylor Swift’s love life has been the subject of many a headline and part of it was her own doing. Today, her mysterious relationship with Joe Alwyn proves Taylor has learned a major lesson in love.

Although she’s just 30 years old, for close to half her life already, Taylor Swift has been capturing the hearts and minds of fans with her compelling narrative songwriting. In fact, as long as she’s been writing love songs, she’s been centring them on her personal life and her romances, and her fans have been analyzing them to figure out which real-life men they’re about.

But while critical acclaim and lots of media coverage are a positive when your focus is building fame, they’re not always the smartest route to building a stable, healthy relationship. Fortunately for her, Taylor has learned from her past mistakes and evolved as a human being—which means there’s still hope for the rest of us!

Taylor wrote her first couple of albums still a teenager, so it’s not surprising that her music from this phase is a coming of age story on love and heartbreak. But, by and large, she continued this theme in the albums that followed, and it’s only recently that she has become more guarded with her personal life.

Perhaps it was all the ugly drama of 2016, which she has since dubbed an “apocalypse” in the wake of her numerous high-profile feuds with other celebrities (including Kanye West, Katy Perry, and Nicki Minaj), that prompted Taylor to start making different choices in life and love.

Taylor Swift has had many boyfriends and romantic dalliances, some of them immortalized in song and others left to the dustbins of history.

In 2008, at just 18, Swift began her first high profile romance with singer Joe Jonas, which ended 3 months later when he broke up with her during a notorious 27-second phone call. Her song “Forever & Always” gets into this with thick sarcasm: “Did I say something way too honest, made you run and hide / Like a scared little boy.”

In 2009, she briefly dated singer John Mayer, 13 years her senior, when she was just 19 and he 32. The two had collaborated on several performances, wowing audiences with their gorgeous chemistry, but unfortunately the aftermath of their breakup outlasted the relationship itself.

Taylor’s infamous song “Dear John,” from her 2010 album Speak Now delves into this bit of bad blood like a seasoned pro. “Dear John, I see it all, now it was wrong / Don’t you think nineteen is too young / To be played by your dark twisted games, when I loved you so?”

In response, Mayer, deeply hurt, continued their dramatic public saga with his own song “Paper Doll,” in which he describes his short-lived relationship with a “paper doll,” suggesting Swift was too emotionally immature and fragile to handle their relationship.

A mystery man, the secret to her heart?

Finally, after unsuccessfully merging her life with numerous other celeb beaus including actor Tom Hiddleston—with whom she also had a highly publicized breakup—she began dating her current boyfriend, English actor Joe Alwyn in 2016.

Much as Taylor has come to prefer, Alwyn likes to keep a lid on his media persona. He gives few interviews and does his darnedest not to discuss his relationship. While the couple are rarely photographed together, they have started going out in public a little more often.

Taylor actually skipped the Grammys to support Alwyn at the BAFTAs, when his film The Favourite was up for several awards. In turn, he showed up to support her at the premiere of Cats in which she played a starring role. Most recently, they attended the pre-pandemic 2020 Golden Globes together. Although rumours abound about the pair’s possible engagement, a possible secret marriage, and even a hush-hush pregnancy, so far no one knows for sure—and Swift wants to keep it that way.

For Swift, stepping out of an adolescent mindset and into a mature relationship has meant stepping out of the limelight—just a bit. Whatever changes she’s made within, it shows, because pre-2016 she was still bogged down in songs about her exes and insult wars with fellow stars.

Today, she finds herself in a drama-free, mutually supportive, low profile relationship. She has also accepted responsibility for her overexposed tabloid dramas, pointing out that in the past, if she didn’t wish a friend happy birthday on Instagram, there would be automatic reports of broken friendships, even if they had celebrated together.

Because we didn’t post about it, it didn’t happen – and I realized I had done that. I created an expectation that everything in my life that happened, people would see.

Taylor Swift in The Guardian

Taylor went from petty to maturity

Taylor likens its writing to feeling like “I could take a full deep breath again.” In the track “London Boy,” she lists their favourite hangouts around the city and describes her new appreciation of watching rugby matches with him and his friends. In “Afterglow,” she asks him to forgive her anxious tendencies to jump to conclusions and assume the worst. In “Daylight,” the album’s final song, she includes a spoken word part at the end, saying, “I want to be defined by the things that I love. Not the things that I hate, not the things I’m afraid of, the things that haunt me in the middle of the night.”

Taking a few steps away from her showy past toward a more subtle future, she says, “I know the difference between making art and living your life like a reality star…even if it’s hard for other people to grasp, my definition is really clear.”

Although some fans have worried that some of the breakup songs on her most recent album, Folklore, released in July, are about Alwyn, Swift has described how her latest songs are a combination of real life and made up characters.

For Elle, she writes, “There’s a common misconception that artists have to be miserable in order to make good art, that art and suffering go hand in hand. I’m really grateful to have learned this isn’t true. Finding happiness and inspiration at the same time has been really cool.”

Fun fact: Alwyn is actually suspected to have co-written a couple of songs under the pseudonym William Bowery. Sounds like suitable a partner in crime to me! We can all shirk old habits and learn to be happy without the need for constant public appraisal and approval: Taylor Swift is a living example.