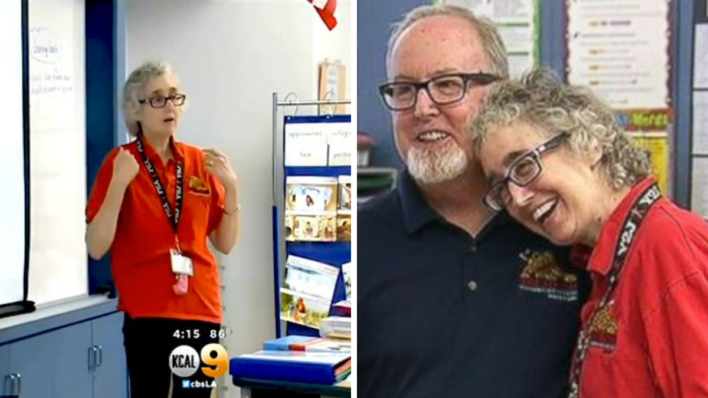 A teacher with cancer was put back on her feet thanks to the generosity of colleagues.
By Sophie Babinski    December 27, 2021

A teacher with cancer was put back on her feet thanks to the generosity of colleagues.

Medical bills are the opposite of the American dream— they can be the American nightmare. Often, when someone gets seriously ill, they have to sacrifice their job and put all of their money into getting better. That is a very stressful situation for someone who is already facing a life or death situation.

Carol Clark, a sixth grade teach in California, was diagnosed with breast cancer in 2013. Luckily, she was able to overcome the life threatening illness, but at a very high cost. In order to attend her doctor’s appointments, surgeries, and chemotherapy, she had to use 17 years worth of sick time and vacation days. She was hospitalized after an adverse reaction to chemo, and because of the hospitalization she also lost her summer pay in addition to her medical insurance and other salary benefits. Like many people, her family counted on those things to make ends meet.

Husband to the rescue

Carol’s husband Dave, also a teacher at Jaime Escalante Elementary School, did some digging and found the Catastrophic Illness Donation Program, which allows for other teachers to donate sick leave to peers in situations like Carol’s. Dave organized a donation drive and was able to raise an astounding 154 vacation days both from teachers who were close to Carol, and from ones she had never even met. This wonderful gift, representing almost an entire school year’s worth of sick days, meant that Carol could recover salary and benefits that were lost, as well as bank some for any future appointments and surgeries that might be required.

Carol’s faith in humanity was restored when she got this beautiful gift from those around her. Their generosity touched her heart and opened her eyes to the possibility of good in this world. People who have had experiences like this make the next teachers for our youth. Not only can they teach practical subjects like math and science, but they can also teach optimism and compassion— two things the world desperately needs.