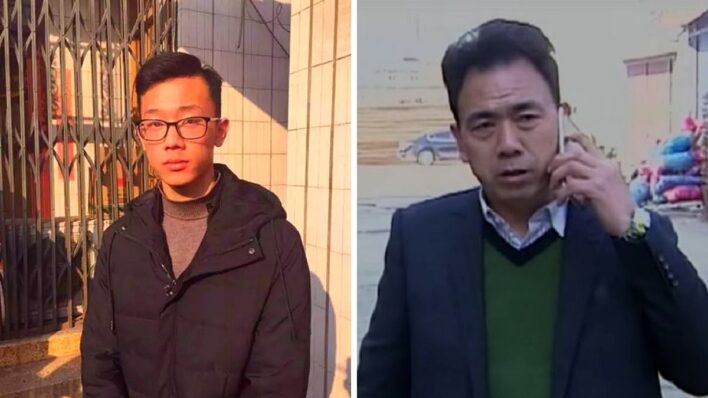 The 17-year-old was horrified when he realized what he had done, but the BMW owner surprised him with his response.
By Joel Balsam    October 27, 2021

The 17-year-old was horrified when he realized what he had done, but the BMW owner surprised him with his response.

Chen Yifan, 17, was out doing food deliveries in Zhengzhou, China, when he got a phone call about another order. As he answered it, he accidentally sideswiped a parked BMW with his electric tricycle.

Mortified, Chen completed his delivery and returned to the car to apologize, but the driver wasn’t there.

“I drove back to the shop first and finished the delivery,” Chen told CCTV, China’s state-run news agency, according to a 2017 CNN report. “Then, I wrote an apology letter and headed back to the accident site.”

He was ‘really sorry for the accident’

When the BMW owner, Xue Zhanmin, got up in the morning to get his car, he realized it had been scratched. Suddenly, he saw the letter from Chen along with 311 yuan ($45) in cash.

Here’s what it said, according to CNN: “Uncle, I’m sorry. I accidentally bumped into your car last night when I was driving an electric tricycle. I have all together over 300 yuan ($44), and give it to you as a compensation. I know the money was not enough, but that’s all the money I have. I feel really sorry for the accident.”

Owner gives money back, and then some

Xue decided he couldn’t be mad at the teenager, who probably came from a poor family. So, he asked a local traffic officer to help him track down Chen.

I wanted to return all the 311 yuan and I wanted to give him some financial support.

Accidents happen; nobody’s perfect. But it’s how we respond to our accidents and mistakes that counts.

In this case, the teenager did the honest thing by apologizing to the owner and giving him as much money as possible. In many cases, the owner would just take the money and go — and that’d be fine. But Xue realized his financial privilege and forgave the boy instead, teaching him — and all of us — a valuable lesson in honesty.