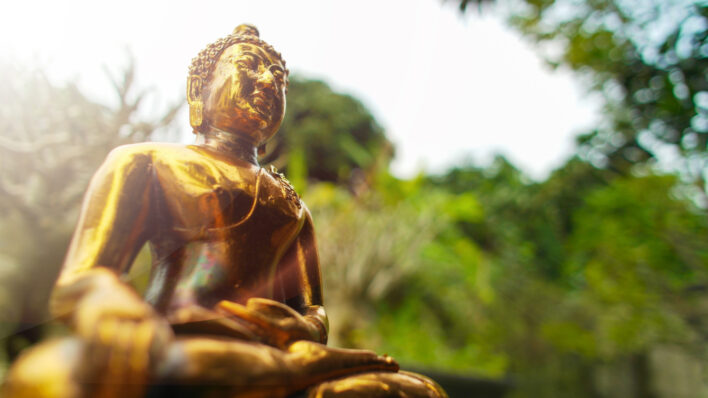 One’s everyday life is never capable of being separated from his spiritual being. Mahatma Ghandi Ghandi said it quite succinctly,
By Fiona Tate    January 15, 2018 One’s everyday life is never capable of being separated from his spiritual being.

Ghandi said it quite succinctly, I believe. Spirituality is a part of you, it’s something that cannot be separated from your thinking, action-taking, self. It’s who you are, your morals, your values, what brings you joy.

Religion, according to the Merriam-Webster Dictionary is a personal set or institutionalized system of religious attitudes, beliefs, and practices. In other words, if you actively follow a particular religion, you adhere to its rules, you practice its rituals and you usually (though not always) associate with other members of the same religion.

Bear with me while I break it down a little further.

Many of us grew up with religion as part of our family culture. Depending largely on where you were born, you called yourself a Catholic, Presbyterian, Baptist, etc. Often with no real understanding of what the term meant.

For some, it meant they went along to Church on a Sunday with their parents. For others, it meant they attended a service on Christmas Eve and at Easter.

For some, it had a deeper meaning. They genuinely believed in God, his teachings and the teachings of their religious leader.

As they got older they may have become more immersed in their religion, or they may have delved into other religions as an attempt to discover what they, as a thinking adult, believed.

Or they may have rejected religion altogether and began to identify as an atheist. Incidentally, choosing not to believe in something? That’s a belief in itself.

Are you still with me?

Spirituality isn’t as ritualized as religion. That’s not to say that if you’re a Spiritualist you don’t participate in rituals, but rather that your rituals may change or fluctuate, depending on what your goal for practice is.

If you’re a Spiritualist, you may or may not believe in a God, Goddess, or the power of the Universe. Think of it this way: spiritualism is more of a practice of behavior rather than a practice of worship.

You know how some people seem to just radiate peace? These are the people we love to be around because they have a calming presence, an aura of tolerance about them, for everyone and every situation they meet.

These are spiritual people, whether they use that word to identify themselves or not. These are the people that are confident in their core beliefs, are quietly getting on with things. They usually find themselves in a corner at social events, offering advice to all that ask for it.

Why is it important to know the difference between spirituality and religion?

Because, while spirituality and religion both have their place in the world we live in, spirituality is going to heal the world a lot quicker than religion will. And people are becoming more and more disillusioned with religion but still want to identify as spiritual beings.

But don’t just take my word for it. Ask anyone who has been caught up in someone else’s religious war, or any victim of an injustice due to sex, color, or belief.

What’s the best way to heal the world?

I don’t want to sound like the lyrics to a pop song here but, we heal the world by healing ourselves. And that’s where our faith in religion and spirituality come into it. We have to heal our own souls if we want to heal the collective soul.

A final quote for you

“Because I’m a doctor, I know when you have an injury it will heal if it’s clean enough to heal; if your injury is dirty, it won’t heal. And so when you are talking in societies, we are also talking in healing processes, and for a good healing process, you need to make things right.”

Spiritualism and Religion both have the power to lift your spirits, to bring you joy, and perhaps most importantly, give you hope. We need to share the hope. In our future, our selves, and the world we want to leave to the next generation.