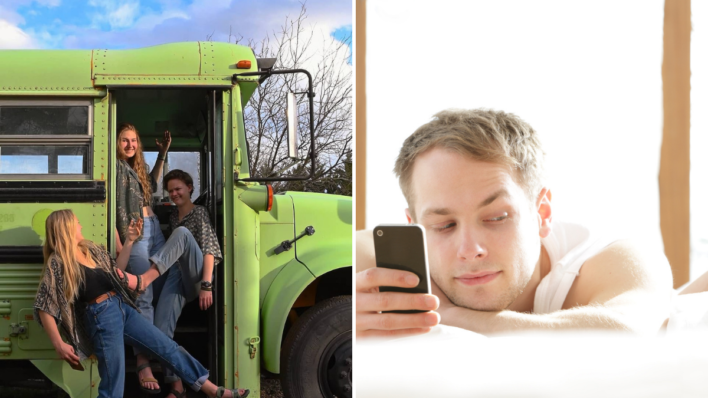 In the film “The Other Woman,” Cameron Diaz, Leslie Mann and Kate Upton joined forces after dumping the same man
By Bryan Liquor    August 13, 2021

In the film “The Other Woman,” Cameron Diaz, Leslie Mann and Kate Upton joined forces after dumping the same man that deceived them. In an example of life imitating art, three snakebitten women ditched one cheating slimeball to embark on a made-for-movie adventure.

Morgan Tabor sensed that something wasn’t right with her boyfriend.

The 21-year-old resident of Boise, Idaho thought they were exclusive. Well, that was until finding flirty texts from several women on his social media.

Taking a closer look at the women’s pages shocked her, she told the Washington Post.

“Almost all of the photos on this girl’s page showed her with this guy who I’d thought was my boyfriend.”

Tabor then decided to reach out to two of the women, Abi Roberts and Bekah King. Unsurprisingly, they too thought they were exclusively dating the same guy.

“This guy had literally slept at my house the night before, kissed me goodbye and said he was driving back to Boise [from Utah] to visit his family,” she said.

Instead of visiting family, he instead showed up at Tabors house — all while she was FaceTiming her new friend, Abi Roberts.

“We were talking, and I suddenly heard his car outside and he came to the door with flowers,” Tabor said.

“Hey, look here,” she recalled telling him. “I’ve made some new friends.”

Tabor said that “Watching his face drop when he saw who I was talking to on FaceTime was the most cinematic moment ever.”

After hearing his pathetic pleas for another chance, the girls dumped him.

Although in different states, the women became fast friends. They coped with the heartbreak by texting and FaceTiming each other over several months. Finally, the three decided to meet at Roberts’ apartment. They immediately bonded like besties.

“We did a lot of trauma processing and memory sharing, and it was obvious that we were all really cool, fun people who had a lot in common,” Roberts said. “Right away, we became good friends.”

Ironically, it was through sharing stories about their cheating ex that the girls stumbled on how they could leave his memory in the dust, together.

“This guy had told each of us that it was his dream to pick up a VW bus and travel around the country in it,” she said.

“We were sitting around laughing and talking about the van life that weekend, and pretty soon we thought, ‘Hey, we can do this.’”

And so, pooling their money together, the three girls bought an old bus and got to work. With the help of relatives and Youtube videos, they got together every week to work on it. Finally, their road warrior was complete.

The completed restored bus looked like something out of an A&E show reno show, with crisp paint, new flooring and furniture.

With their bus packed, they’re embarking through the rocky west with the goal of ending up in sunny California.

The journey always beats the destination

And so, their amazing journey continues. Their Instagram page, The BAM Bus (For each of their initials) captures their exploits and counts over 65,000 followers.

For Roberts and her friends, it’s not about the past but the amazing present.

“What this guy did to us doesn’t define our lives. We all feel really blessed that we found each other. We’re friends for life.”

You could understand if the women combined their anger to publicly shame their ex and rile up the social media mob. They could have made their story about their past.

Instead, they ditched their cheating boyfriend and focused on their newfound friendships and possibilities. In doing so, they give everyone a new playbook on how to bounce back from heartache.

No matter what happens to you, it’s never too late to reinvent yourself or reshape your future as you want it.