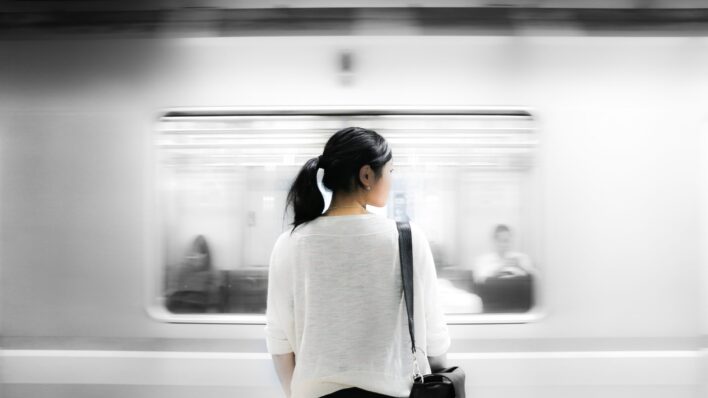 Why Does Time Feel Like It’s Going By So Much Faster Lately?

Have you ever had one of those days where time just seemed to fly by? Have you ever wondered why
By Matt Valentine    October 25, 2018

Have you ever had one of those days where time just seemed to fly by? Have you ever wondered why some moments in your life can appear to fly by while others moved by at a snail’s pace?

And what about your life as a whole? Have you stopped to think of why the past ten years have appeared to go by in the blink of an eye whereas your childhood moved in slow-motion by comparison?

These are questions that we all want answers to. Fortunately, researchers are uncovering fascinating clues as to why time sometimes appears to go by fast when other times it doesn’t.

Time goes by so slowly when you’re a child, and then, as an adult, it goes by in the blink of an eye.

How do we perceive time?

In a 2005 study by psychologists Marc Wittmann and Sandra Lenhoff, nearly five-hundred participants were surveyed between the ages of fourteen and ninety-four.

During the survey, they were told to note the pace they felt time was moving at and why. In other words, their perception of time. The findings were then compared and, lo and behold, there was a distinct pattern which rose up from the survey results based on different age groups.

In longer periods of time, the older participants over forty perceived time as moving faster.

Those forty and older participants noted that their childhood seemed to move by slowly in comparison to their later years, which appeared to accelerate.

But why is that? It mostly comes down to how we perceive time.

Scientists note that there are two ways the human mind perceives time:

The reason as to why time feels like it’s going by so fast when we get older exists in our retrospective vantage point.

In addition to the above methods for perceiving time, there are other factors which affect our perception of time. And it’s in these details that tell the story of why it feels as though time accelerates as we get older.

Two factors, both whether the task is a new experience and how we feel about it, affect our perception of time in addition to the two vantage points we mentioned earlier.

When we enjoy what we’re doing, time actually appears to be moving by more quickly. However, the more important factor is in whether an experience is new to us.

According to researchers, our brain registers new experiences differently than those which are already familiar to us.

New experiences, however, are encoded in the brain and each essentially creates a new memory (think of a file cabinet, it’s a new manilla folder).

This is important because our retrospective perception of time is based on how many new memories we’ve created over a period of time.

Researchers call this the “holiday paradox” and it can be utilized to live a fuller and happier life.

By creating as many new and unique positive memories as possible, your retrospective memory will be much more positive. And, because of this, you’ll feel as though your life was fuller due to the way we perceive time.

And the cool part about it is you really did get out there and try new things. You amassed a diverse collection of experiences, learned, and grew all the while.