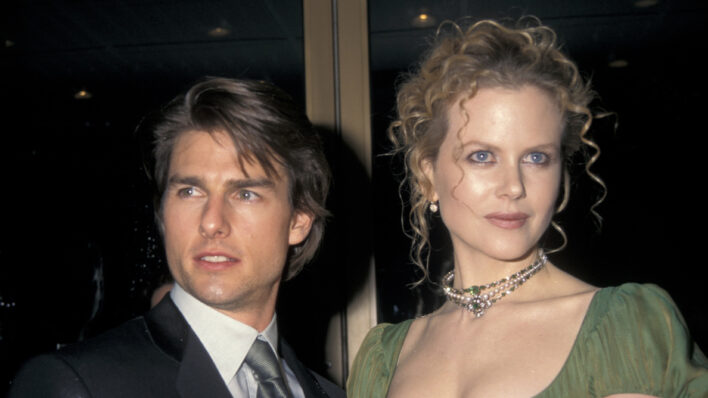 How Nicole Kidman Changed After Her Divorce From Tom Cruise

It’s been over twenty years since Nicole Kidman’s infamous divorce from Tom Cruise, but their marriage remains one of the most closely-examined relationships in the history of Hollywood.

Since their divorce, the two have married other people, had their own children, and accomplished so many incredible career milestones. Yet the disastrous ending of their marriage still hangs over their heads like a dark cloud: what went wrong? Who let down who? What led to this controversial photo of Nicole Kidman post-divorce?

Nicole Kidman’s marriage with Keith Urban, in particular, has been highlighted multiple times as a beacon of long-term stability and love — something that wasn’t realized during her marriage with Tom Cruise. Therefore, it’s essential to take a closer look at their failed relationship and take note of what led Nicole to take a different approach when it came to Keith.

We might not land ourselves in high-profile celebrity marriages in the future, but relationship issues and personality clashes find a way into our lives regardless. So the next time we feel like we’re getting tested by the strains of a relationship, perhaps Nicole Kidman can teach us a lesson or two.

Nicole felt like she was “cocooned” during her marriage to Tom

While both Nicole and Tom are largely tight-lipped about what caused their relationship’s demise, she has hinted at specific factors that tell us why the two of them were never meant for each other. For starters, Nicole has admitted over and over again that she was too young for a long-lasting marriage. She got hitched to Tom when she was merely 23, and by the time Nicole was 27, she and Tom had adopted their two kids, Isabella and Connor.

I was so young. There is something about that sort of existence that, if you really focus on each other and you’re in that bubble, it’s very intoxicating, because it’s just the two of you.

Nicole had also gotten married to someone far more famous than she was, which led to her playing a supporting role more often than not. This might have proved advantageous to her in terms of her movie career, but she felt like her main job was to dress up in fancy dresses and accompany Tom to red carpet events. In a way, she decided to give herself entirely to Tom and their family. She had been madly in love with him, and the two had had a happy marriage for the time they were together, but ultimately, it just wasn’t fulfilling enough for Nicole, and she had to learn how to “grow up.”

I thought, I don’t deserve to be here. We would go to the Oscars, and I would think, I’m here to support [Tom]. I felt it was my job to put on a beautiful dress and to be seen and not heard.

However, it was never meant to last as both Nicole and Tom realized that it wasn’t working out. Nicole said the divorce made her realize that she had to grow up and figure out what she wanted from her fellow partner. She had a real crisis following the marriage; she thought she would never find love and marriage again.

Nicole Kidman in The Cut

With Keith Urban, Nicole began to consider the “us”

Nicole thought she was going through the loneliest of existence following her split from Tom Cruise. She dated a few people here and there and learned what it was like to be single in her thirties. In walked Keith Urban, a fellow Australian, who healed her heart and showed her what it was like being loved all over again.

With Keith, Nicole was more careful. She was enamoured by him right away as well but she was also mindful about being her own person and not giving herself totally to Keith. The relationship is based in solidarity and sensibility, where both of them make decisions keeping the collective relationship in mind, not just the individual.

When you’re older, you’ve been through things, you’ve made mistakes. So you come into it [a second marriage], still giddy, but wanting it to last. We always consider the ‘us’. We say, ‘Is this going to be good for us?’ It’s the simplest phrase, but it works.

With Keith, Nicole’s learned how to maintain romance in a relationship whilst satisfying her own desires professionally and personally. The two have shared many secrets as to what keeps their fourteen-year relationship thriving. From sending letters every night they’re apart to loving and lavishing each other to their heart’s content, the two have managed to go through the ups and downs together, never alone.

I think we were two lonely people. I would probably say that two very lonely people managed to meet at a time when they could open themselves to each other. We were a mixture of frightened and brave.

It’s never about one person in a relationship

Nicole’s marriage with both Tom Cruise and Keith Urban tells us that the best relationships are never centred around just one person — it’s about the collective, the duo, the partnership. It’s about two fully self-realized individuals who know why they are here and what they want from the other person. If your partner truly loves you, then they will never let you put yourself down and make you feel like you’re not enough. And vice versa — you cannot demand something from your partner that you wouldn’t do yourself. It’s about putting the “us” before the “me” and “you”, as they always way.

Moreover, Nicole’s growth in her thirties also tells us that we have to be aware of getting into a relationship too young. Your journey becomes a hundred times more difficult if you’re figuring yourself out alongside your relationship. It’s okay to make mistakes, it’s okay to have your heart broken, and it’s more than okay to move on and change yourself based on those mistakes.