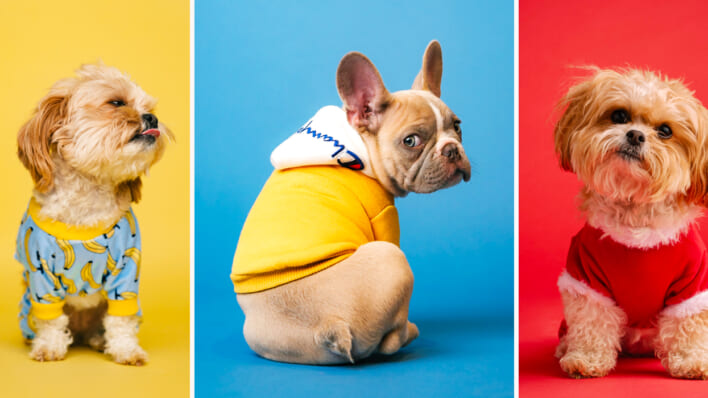 What Is Separation Anxiety In Dogs And How Do You Treat It?

Your best friend needs you, even when you can’t be there in person.

* Images in Feature by Karsten Winegeart on Unsplash

Dogs are amazingly social animals that really can be a person’s best friend. Because of their temperament, honed and warmed over the centuries spent living with human beings, they are wonderful pets. Then again, these days, most dogs are more of a family member than a pet, ones who enjoy nothing more than being with people, especially their primary caregivers.

RELATED: 50 Dog Quotes for You and Your Furry Best Friend

What Is Separation Anxiety In Dogs?

In dogs, separation anxiety is also caused by the animal being separated from the primary caregivers. When dog owners have to leave their pooches during the day, or even for several days using a dog sitter, when the dogs are undergoing crate training, and when other changes to routine occur, canine separation anxiety can occur.

RELATED: What is Separation Anxiety? Here’s What You Need to Know

This is not just an issue for a young puppy or a few dogs here and there, nor is a dog’s underlying anxiety something to write off; it’s not only a real condition, it’s a surprisingly common one many dogs have, too: between 10% and 15% of all dogs will show signs of separation anxiety, according to a study conducted by the Journal of Veterinary Behavior and shared via ScienceDirect.

What Causes Separation Anxiety In Dogs?

Dog separation anxiety is caused by a dog being apart from his or her favorite humans. In practical terms, this means a dog having to spend time at doggy daycare, or have their days affected by a person’s work, school, or travel schedule. It could also come as the result of a sudden absence following a traumatic event like an owner’s death or a divorce.

But other things can also cause separation issues for dogs, even when the same people are present. A move to a new home can create the issue, as can a change in schedules that humans may take in stride. Even the death of a fellow pet can cause separation anxiety for a dog. Be mindful of things that could start dogs developing separation anxiety before they happen, and you’ll be better suited to prevent or minimize its severity.

If it’s too late to prevent separation anxiety for your pooch, at least you can know the signs to watch for in future.

Signs Of Separation Anxiety In Dogs

You know your dog better than anyone, so you’ll know if your dog’s behavior is changing, but some of the common signs of dog separation issues are excessive barking, destructive behavior that’s out of character, a dog that refuses to leave your close proximity even to play or eat, unusual escape attempts (ironic, to be sure), accidents even when a dog has been completely housebroken, or uncharacteristic aggression.

There are other signs of canine separation anxiety as well, of course, and you can always connect with a veterinary behaviorist if you are seeing these or other issues with your dog and you’re not sure what to do. One thing to note regardless of your planned solution steps is that canine separation anxiety can affect a dog of any type, despite misconceptions some people have about one dog breed’s temperament compared to another.

As for the question of what dog breeds have the most separation anxiety, it’s pretty evenly spread. The same is true of other behaviors, such as aggression, docility, loyalty, and more canine characteristics. A major study released earlier this year found that a dog’s breed really does not predict its behavior nearly so much as its environment does.

How To Prevent Dog Anxiety And When To Seek Help

As we have just established that a dog’s breed has little to no role in predicting its behavior, that means the onus is all on us, as humans, to reduce canine separation anxiety issues. The best way to do this is to create very stable routines whenever possible.

Though dogs lack a clear sense of time, they do have a sense of daily rhythms, so if you can leave for work at roughly the same time each day and return predictably, they will stop seeing the departure as such an abandonment but instead a simple fact. This tactic, of course, holds true for school hours, regular meetings or errands, and the like as well.

When you must leave at differing times, you can condition your dog to take these separations in better stride by creating a routine around those departures and returns. You can, for example, offer a treat as you leave, and again when you get back, thus creating a positive association with temporary separations. Or, as you leave, you can always get out a certain toy, offer very specific words of praise and affection, and then have a similar routine for when you get back home.

If you have tried these and other steps to help a dog cope with separation to no avail, then it’s time to talk to a vet specialist, who can offer several other ways to mitigate dog separation anxiety.

Wondering whether there is medication for dogs with separation anxiety? The answer is yes, drug therapy is an option. Much like humans can be effectively medicated for a host of mental health medical problems, so too can dogs be given medication for helping them cope with certain mental and emotional conditions, separation anxiety very much included.

Even if you’re not a dog owner right now but you’re thinking about adding a pup to the family, you already need to consider canine separation anxiety.

If your life right now is one where your schedule can be erratic, you are often away from home, and/or you like the flexibility of coming and going as you please without the need for worrying about a dog’s emotional state, now might not be the time for you to have a dog.

Owning a dog takes a lot of work, but it’s more than worth it in the affection and companionship they give back. Just make sure it’s the right time for you to be the buddy they need, too.

This Deaf Puppy Couldn’t Find a Home After Illness, Until His Deaf Owner Came Along and Taught Him Sign Language