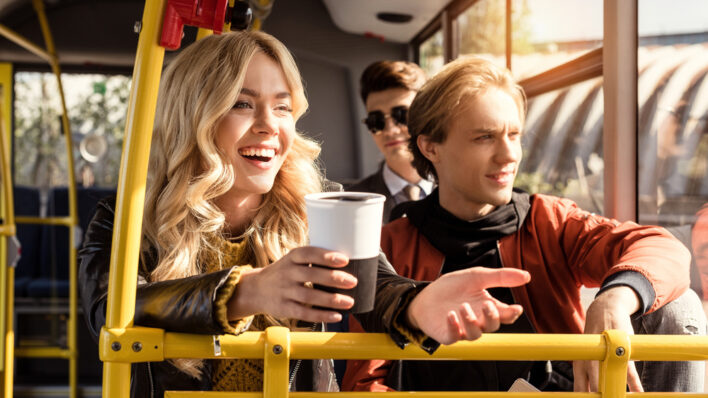 Public transit. We all complain about it. It can get overcrowded, make you late for an important meeting, and bring
By Eliza Theiss    December 22, 2017

Public transit. We all complain about it. It can get overcrowded, make you late for an important meeting, and bring out some of the most weird behavior in some people.

While most of us agree there is plenty of room for improvement on the public transport front, others seem to have given up on the idea in itself.

Visionary entrepreneur Elon Musk seems to be one of them, with comments made at a recent conference landing him in Twitter hot water.

Elon Musk on public transit: “It’s a pain in the ass. That’s why everyone doesn’t like it. And there’s like a bunch of random strangers, one of who might be a serial killer, OK, great.”

I admire his work with electric cars & rockets. But he clearly has no clue about cities.

But not only did Musk’s comments attract criticism from urban planning and city development specialists, members of the public took to Twitter to tell unique and special moments that happened on mass transit.

Moments that happened thanks to the sense of community, and shared space and experiences public transport allows for. Chatting with strangers with adventurous life stories. Witnessing random acts of kindness. Watching a live performance. Meeting a future spouse. Running into a long-lost friend.

My husband and I took transit to our wedding reception, joined by many of our wedding guests #GreatThingsThatHappenedOnTransit pic.twitter.com/3nlzc6j1oK

The former Vancouver city planner criticized Musk’s comments and views, but rather than focusing on the negative, he asked his followers to join him in creating an online movement that celebrates all the great things that happen on public transport.

What if we started a hashtag about all the great things that have happened to us on public transit? #GreatThingsThatHappenedOnTransit? https://t.co/uCalRJRtUV

Beyond the obvious benefits, like cutting down overall commute times and emissions, users emphasized the human moments that happen on mass transit. Like the bus driver who stopped on a bridge and turned the interior lights off, so passengers could enjoy the fireworks. The Ukelele players who treated an entire train car to a live concert. The bus driver that saved someone from suicide. The refugees who practice their language skills with small talk on transit. The proud parents who brought their baby home by streetcar and stepped off into a festival. The college student who reconnected with his future business partner, leading to a successful company and meeting his future wife. History.

Civil rights were made. From Montgomery in the 1950s to Portland this year #GreatThingsThatHappenedOnTransit

Besides, the Queen of England and notorious subway rider Keanu Reeves can’t be wrong.

on the streetcar today, two old men who hadn’t seen each other in apparently decades delightedly recognized each other

started riding the bus in CA when I was in 6th grade. it was a chance to show my parents I could be responsible and go to school on my own every day. & gave me a freedom to explore the city, visit friends & family, and hang out at the library! #GreatThingsThatHappenedOnTransit

Many to chose from, but the best day I ever had on public transit was the day my wife & I took the #17 bus home from the hospital for the first time with our new baby Alexander. The motion & sound made him sleep! His love of buses was born. #GreatThingsThatHappenedOnTransit pic.twitter.com/ZBPlp1nSkn

My wife and I holding hands on the #80 bus as we rode to the Royal Vic hospital in #Montreal so she could get an ultrasound. We came back home a few days later with our first son. #GreatThingsThatHappenedOnTransit cc: @elonmusk

Do you have any #GreatThingThatHappenedOnTransit stories? Share them with us in the comments.