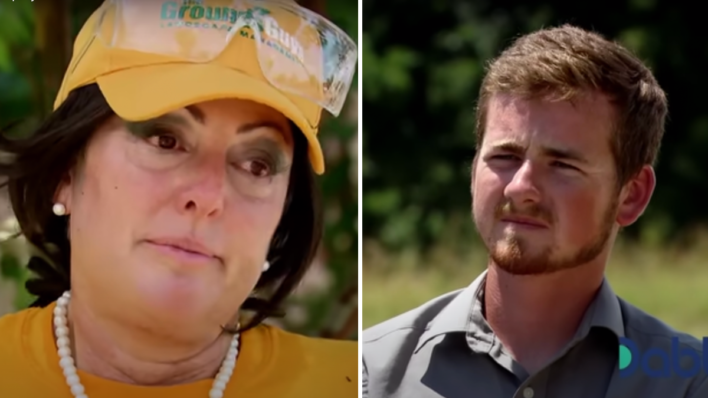 When the CEO of Dwyer Group went undercover on a job site, she learned more than just her employees’ names.
By Lindsey Staub    September 22, 2022

When the CEO of Dwyer Group went undercover on a job site, she learned more than just her employees’ names.

On an episode of Undercover Boss, Dina Dwyer-Owens pretended to be a new hire at Dwyer Group to see what was going on behind the scenes.

On the first day of the job, she was partnered with Jacob, one of her employees, and the two completed jobs in the Memphis heat.

RELATED: Undercover Boss Finds the Truth About His Employee’s Past – What He Does Next Brings Her to Tears

“I’ve never had to sweat this much at work,” she said. “I have a whole new level of respect for the employees and the work they put into this.”

While sharing some of the things he found hardest about the job — including the exhaustion and the fact that his vehicle had broken down — Jacob also shared a personal story.

The Personal Story One Employee Shared With an Undercover Boss

At just 20 years old, Jacob is a team leader. He has been working this job since he was 8 years old. He works to support his mother and five brothers, a burden that has fallen on his shoulders after his father’s death.

“This is my dad’s passion and my father passed away last year,” he told Dina. “It was suicide, so I’m sort of helping raising the boys now and we try to keep the company going but everyone wanted to go their own separate ways.”

Dina hadn’t expected such a strong young man to be overcoming so much grief. “My heart’s kind of racing, just thinking about what he just told me. How do you handle that?” Dina said, tearing up.

As the man of the house, it was important that Jacob continued working so he could help provide for his family. However, this particular job was special to him.

“I feel like, you know, he raised me to do this and it’s something I enjoy and something he enjoyed,” Jacob said. “You know, this is keeping his passion going.”

Dina related to Jacob’s drive to carry on his dad’s dream: Dina’s own father died in 1993 because of a sudden heart attack. “It’s a scary thing trying to fill your dad’s shoes,” Dina said.

How an Undercover Boss Proved the Importance of Rewarding Hard Work

When Dina finally revealed her identity as not just another employee but the CEO, Jacob was shocked. However, he was about to receive some even more surprising news.

“You are incredible. You are an awesome young man and I was so impressed, Jacob, with who you are as well as just your commitment to following your dad’s passion,” Dina told Jacob.

To show her belief in Jacob, Dina gave him a new truck and a whole franchise to run.

RELATED: Employee Reveals to Undercover Boss He Lost $240,000 in a Bad Business Deal – What Happens Next Is Unbelievable

“This is the most amazing thing that’s ever happened to me. It helps me tremendously,” Jacob said as he opened the door to his new car. “Don’t have to worry about rides anymore to work, be able to pick up my little brothers.”

Dina recognized Jacob’s resilience and awarded it, but she also wanted to create an environment where Jacob didn’t have to be so resilient, which is why she made his life easier by gifting him a car. Just because Jacob was miraculously juggling all of his struggles, didn’t mean he didn’t need help. Dina recognized, so that’s just what Dina did — she helped him.