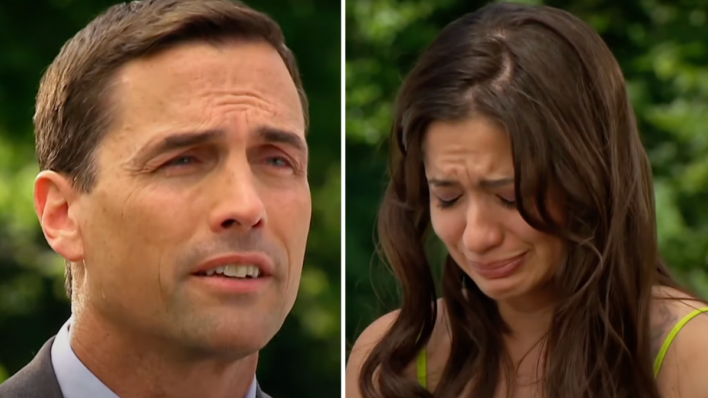 When one employee with a painful past shared her story, what followed is a surprising twist that inspires dreams and restores faith in good bosses.
By Bryan Liquor    June 28, 2022

When one employee with a painful past shared her story, what followed is a surprising twist that inspires dreams and restores faith in good bosses.

Considering how much time we spend at work, we often confide in colleagues like they’re our family. This was the case for Leeanne, assistant manager at Alfred Angelo, one of the country’s largest bridal companies.

Why One Woman Was Disowned by Her Own Family

One day, her store was visited by Lee Jeffries, a personal training coach appearing on a reality show he was filming in hopes of launching his own business. Cameras caught Leeanne confiding about her tough life to him.

She recalled how, at age 17, her parents kicked her out of her home when she came out as gay.

It was devastating to me, and I had to leave. And there really wasn’t any place for me to go, so I just packed a bag and went to someone’s house and slept on a couch. It kind of snowballed into really never going home.

Rock bottom led her to Penn Station, where she slept on a bench, washing her hair in sinks and “doing what I needed to do.”

How a Woman Went From Homeless to a Fearless Leader

Luckily, Leeanne came across an ad for a sales job, which proved to be her ticket off the streets. Through her passion and grit, she says that she found success, and with time ‘grew into management.’

Today, she’s an inspiration to her team. As motivation, she sets up dry erase boards for all the employees so they can set smart goals. To top it off, Leeanne shared with Lee that she’s engaged to marry her girlfriend.

She added that despite the hardships, “I’m actually pretty lucky.” Little did she know, things were about to take a turn once again — this time for an amazing reason.

‘Lee Jeffries’ wasn’t actually a performance coach. He’s in fact Paul Quentel, the company’s President and he was incognito for an episode of ‘Undercover Boss,’ a show where bosses get a real feel for their employees and their working conditions.

‘Jeffries’ invited her to the company’s headquarters in Florida on the pretext of helping the company come up with incentive strategies.

RELATED: Queer Counselor Was Told Not to Return to Camp – So They Did Something Unexpected

It was there that Quentel revealed to Leeanne his true identity — and intentions.

“You shared an incredible personal story with me,” he said as they sat in the backyard. “You told me you wanted to get married, and that you were having your dress specially made.”

With that, he shared that Alfred Angelo would provide dresses for everyone, bridesmaids, flower girls, and ‘most importantly, your fiancee.’

Oh, but that wasn’t all.

Probably the most incredible part of your story, and I get emotional thinking about it, was how you told me about being homeless for a period of time.

A shocked Leeanne said in between sobs “Shut up!” and “Oh my god, thank you!” Soon enough, she’ll be saying “I do” with a bright future ahead.

Thinking of her time on the streets, Leeanne had an important message.

A lot of people think of homeless people, there’s not really anywhere they can go but down. But if you really want something [and go for it] you can get it.

That message holds true for the LGBT youth as well, who make up 30% of the 600,000 homeless youth. Sadly, many, like Leeanne, are cast off by their parents.

Yet among kindness quotes, one reads, ” Hope is being able to see the light despite all of the darkness.” One strong woman and a caring boss are two bright rays of hope.

Question is, how will you open your heart and mind to shine your light on others?