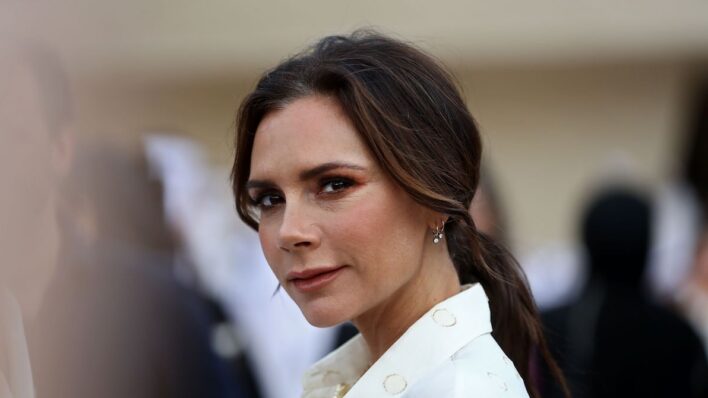 The Spice Girls were a pop phenomenon. They pretty much coined the phrase Girl Power and shaped the lives of
By Alice Broster    February 9, 2021

The Spice Girls were a pop phenomenon. They pretty much coined the phrase Girl Power and shaped the lives of many people growing up in the ’90s and early ‘’00s. To be part of Spice World was to be unapologetically you. It also involved a lot of dancing around your living room. What wasn’t there to love?

This made it all the harder for fans when they announced they’d be going their separate ways. The decision was a blow, but as it turns out, one Spice Girl knew it in her heart that it had to happen.

Victoria Beckham opened about the moment she knew she needed to leave the group. The former-superstar has gone on to become one of the most renowned fashion designers and beauty brand owners proving by staying true to your dreams you can succeed. Even if it’s a bit scary to branch out at first.

It may have been sad for fans and a scary move for her but Victoria highlights that you can never go wrong when you follow your heart and your dreams.

The early ‘90s music scene was dominated by boy bands like Take That. It’s been reported that Bob and Chris Herbert from Heart Management wanted to create a girl group to rival their monopoly. In 1994 numerous rounds of auditions took place before the final five bandmates were selected. The girls, who were currently working under the name Spice, ended up leaving Heart Management in 1995 and joining 19 Entertainment.

From that point onwards they became the Spice Girls. Together got in the studio and created magic together. Their debut, “Wannabe” shot to number one in 37 countries in 1996. It remains iconic song to this day.

During their time together the Spice Girls released three studio albums, 11 singles, and 18 music videos. They influenced fashion trends and were the faces of the pop girl power movement.

In 1998, they released “Goodbye,” a tribute to Gerri Horner who left the group to explore a solo career. It became a Christmas number one. A year after, Victoria was pregnant with her first child with famous footballer David Beckham.

As a result, the group took a recording break and cut down on their live performances. And in 2001, the fateful day came: the Spice Girls unofficially announced that they would be focusing on their individual projects but weren’t splitting up. They’ve reunited for short bursts since but never got back together for good.

Victoria’s last performance with the Spice Girls was at the London Olympics in 2012. Talk about going out with a bang. In 2019, her absence was markedly felt during the Spice Girls’ reunion tour.

By 2019, Victoria had already started to pursue her dream of becoming a fashion designer. Opening up to Ellen DeGeneres, Victoria said joining the tour didn’t feel right. This may sound slightly off putting, considering that she owes much to the girl band but as she reassured Ellen, she’ll never forget her Spice past.

If it had not been for my time in the Spice Girls, maybe I would still be the person that I was then, and I’m much more fun now.

It is hard to believe that the fashion queen, married to David Beckham, ever thought of herself as a misfit but the Spice Girls started as such.

“We were all misfits in our own little way. But we worked together. And I think that every girl in some way could relate to one of us…At the time, there was something for everyone and none of us were perfect. Like I said, we were underdogs. But together we worked. It was a very powerful message.”

So what went wrong? Why would Victoria leave one of the biggest bands in pop history?

The moment Victoria knew she had to leave

Her love for music had brought her so much success but it was actually another music legend that made her realize it was time to leave the Spice Girls behind. In a candid letter to her future self in British Vogue, she described watching Elton John perform in Las Vegas.

He performed ‘Tiny Dancer,’ as if it were the first time, and you realized this was like oxygen for him.

Then, it all clicked for her. Addressing her future self, she continued: “It was a life-changing moment—while singing and dancing was fun for you, it wasn’t your passion. That day, you started your quest to uncover your own dreams. It was time to step away from being a Spice Girl. For the first time, you were venturing out on your own, and it was terrifying.”

Staying true to yourself is a lifelong journey

Despite the risk behind it, Victoria doesn’t regret her decision.

It was scary to close a chapter that defined you. I know you are still reinventing yourself, taking on new challenges, and ignoring the naysayers. You always look beyond the conventional wisdom to pave your own path.

Victoria didn’t shy away from the fact that turning your back on something that has made you so successful is far from easy. As you keep evolving, what once made you happy can become a source of dissatisfaction. As we go through life, it’s important that we stay true to this feeling. Victoria’s decision paid off big time, and yours will too.