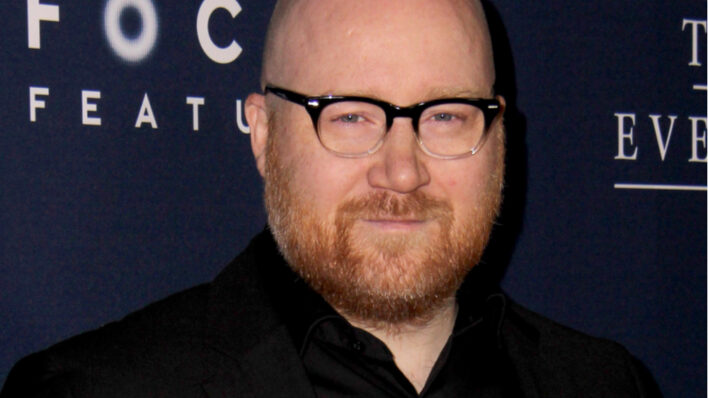 Award-winning film composer Jóhann Jóhannsson has passed away, but his legacy lives on. Best known for his collaborations with Hollywood
By MJ Kelly    February 12, 2018

Award-winning film composer Jóhann Jóhannsson has passed away, but his legacy lives on. Best known for his collaborations with Hollywood director Denis Villeneuve in Prisoners (2013), Sicario (2015) and Arrival (2016), the Icelandic indie guitarist turned film scorer died on February 9 in Berlin, Germany. Tributes to the musician flooded social media over the weekend and he is remembered for his innovative and influential music.

Johann Johansson has been such an influence, especially lately. I’m in disbelief. The stuff he did for @panoscosmatos “Mandy” is incredible.

So distraught and saddened to hear of Jóhann’s passing. He was such an extraordinary composer and artist.

Johansson’s unique ability to flawlessly combine acoustic sounds and electronic music is what made him stand out and earned him a Golden Globe Award for Best Original Score for Arrival as well as two Oscar nominations.

The world hasn’t heard the last of his work, either. He’s also behind the original music for films Mandy, The Mercy, and Mary Magdalene. Not only has he left us with the gift of his music, he’s also conveyed some invaluable wisdom through his life and career.

Here are three crucial lessons we can all learn from the film composer — regardless of our background or industry.

RELATED: 21 Bob Dylan Quotes to Help You Mold Your Own Way of Thinking

1. Be bold and strive for innovation

Never one to shy away from a new challenge, Johansson took it upon himself to explore the crossing of electronic and classical music, paving the way for up and coming composers, and becoming a source of inspiration for his peers. He saw that there was a collective need for new music and set on a mission to satisfy that desire.

“People are hungry for new sounds, and for the experience of listening to unfamiliar music that you don’t hear on commercials and in every TV show,” he’s said in an interview with The Guardian.

2. Be your authentic self and stop seeking external approval

Johansson wasn’t one to hide away from his feelings and emotions either, and this was reflected his compositions. His music, which often had undeniable dark undertones, was his vessel to shed light on the beauty of that darkness.

“I think melancholy is kind of a misunderstood emotion. I don’t think it’s necessarily an unpleasant or bad emotion. There’s an emphasis, especially these days with social media, that everyone has to be this ecstatically happy person living this amazing life. Melancholy is a state that I very much enjoy being in, actually. It’s not the same as feeling sad,” said Jóhannsson in a 2015 interview with The Talk.

3. Learn how to tap into your creativity

To follow your passion is not a linear process and it takes a lot of hard work. Whatever your idea of success maybe be, one thing is guaranteed, it won’t happen overnight.

Figure out your creative process, what works best for you and immerse yourself into it completely. The results will always be worth it. For Johansson, composing meant actively seeking a familiar state where he felt more in-tune with himself and his creativity.

“It really involves, for me, turning off the more critical faculties of the brain and reaching a state where things just flow. It takes many days to get into that because normally you’re in this critical mode, this analytical mode where you’re structuring things and putting things in order,” he said.

“To create the material, to create the building blocks, you have to go into another state, which is much more receptive and much more intuitive.”