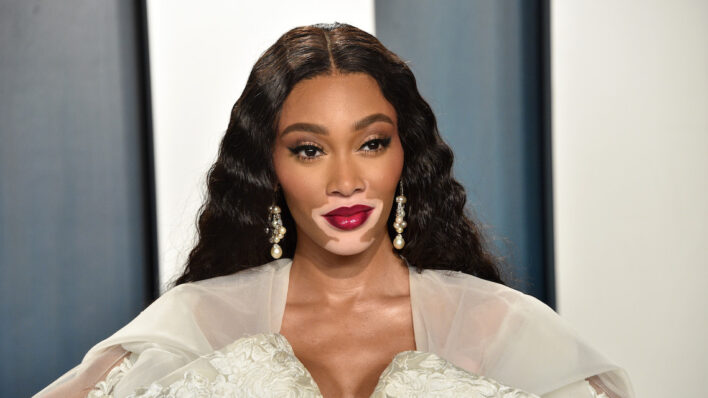 Winnie Harlow’s modeling career could have never happened after being eliminated from America’s Next Top Model–this is how she made it.
By Maya Khamala    June 3, 2020

Winnie Harlow’s modeling career could have never happened after being eliminated from America’s Next Top Model–this is how she made it.

Something about our current pandemic context has given rise to a deeper look at Tyra Banks’ approach on the reality TV series and competition show she created all the way back in 2003—America’s Next Top Model, of course.

Many an aspiring model has treated their appearance on the show as a golden career opportunity with the power to meaningfully raise their profiles. In her show, Tyra Banks was joined by a panel of two or three other guest judges in a contest that had it all: high fashion, off-the-wall photoshoots, and even the occasional celeb personality fighting with a contestant.

The main idea, though, was supposedly to help aspiring models to jumpstart their careers.

When now world-famous model Winnie Harlow was only four years old, she was diagnosed with vitiligo, a chronic skin condition known for depigmenting portions of the skin. Throughout her youth, Harlow dealt with regular bullying and name-calling by white and black people alike, reportedly being called a “cow” or “zebra,” along with numerous other slurs about her appearance.

Consequently, Harlow changed schools numerous times, ended up dropping out of high school, and even thought of committing suicide.

In spite of society’s typically skewed methods for determining and enforcing concepts of beauty, in 2014, at the age of 18, Harlow found herself starring on ANTM.

Tyra Banks discovered her on Instagram and subsequently invited her to compete. Given her personal history, Winnie’s willingness to appear on a show where contestants are shamed for their features was seen by many as an impressively strong move.

Yet, Winnie was quickly eliminated in week two of the series, and did not win the crown, but she chose to participate in another sub-competition, where she did win the popular vote among models who’d been voted off.

In an oft-returned to interview with Andy Cohen, Harlow claims the show “really didn’t do anything for my career and it doesn’t do anything for any model’s career, realistically.” In spite of how it ended up going down, since ANTM, Harlow’s modeling career has blown up. Today she is one of the most successful models to have appeared on the show, and a body positivity advocate for others suffering from vitiligo.

Harlow, however, has been clear that she attributes her success to a photographer who discovered her online, rather than to her appearance on ANTM. Though she wouldn’t outright condemn the show, saying, “It’s still a part of my history, and I’m really grateful for everything that I’ve done to get where I am.”

As for her vitiligo, Winnie is adamant about changing our perceptions of the condition.

I’m sick of every headline ending in ‘Vitiligo Sufferer’ or ‘Suffers from Vitiligo.’ Do you see me suffering? The only thing I’m Suffering from are your headlines and the closed minds of humans who have one beauty standard locked into their minds when there are multiple standards of beauty! The beach was damn fine that day, nothing to suffer about!

The problem with America’s Next Top Model

ANTM has been criticized in the past for its assessment methods of would-be models, with feedback from some judges being called really cruel and cringe-inducing by Yahoo!’s Shine lifestyle website, as well as “humiliating and degrading” to young women.

The site even created a list, 10 reasons why ‘America’s Next Top Model’ is bad for women, humans, which included “always espousing empowerment and female strength and then forcing the contestants into embarrassing scenarios far outside the realm of real-life modeling.” In one instance, during cycle 12 of the show, two final contestants “were made to wear bikinis so skimpy that the producers had to blur out Allison Harvard’s butt cheeks.”

Even as far back as 2006, Allure criticized the show, saying that it “hasn’t exactly produced any actual supermodels.”

Although Tyra has in the past asserted that she wants to disrupt the fashion industry with her show, in retrospect, it seems instead to have awkwardly enforced and exposed some of the industry’s worst qualities.

Whatever the reason for ANTM’s recent trendiness, clips of the show and reactions to them began going viral in early May, like one of Banks telling a gay contestant Kim Stolz on the fifth season how to make her gayness acceptable.

As with many shows, it’s clear that certain things seen as barely acceptable back in 2003 don’t hold up today at all. Then, in 2006, there was Dani Evans, who was told to close the gap in her teeth if she wanted to succeed. And even as recently as 2018, judges have reportedly punished contestants offline for their personal choices.

Jeana Turner, for instance, a contestant in 2018, said Tyra and the other judges shamed her for posing for Playboy. And Angelea Preston, a two-time contestant, sued Tyra in 2014, alleging she was disqualified for revealing she worked as an escort.

Perhaps, the cumulation of the show’s problematic moments was the inclusion of “blackface” in some of the modeling competitions. For those who are unclear on the term, blackface “is a term used in the United States for a form of theatrical make-up used predominantly by non-black performers to represent a caricature of a black person.” The origin of this practice is deeply rooted in racism, as it was used to degrade black people.

Yet, Tyra Banks had many of the models pose as people from another race. As part of that competition, some of the white models donned blackface. In other photoshoots, Tyra had the skins of model darkened to give them a biracial look. As people have been rewatching ANTM in 2020, they were shocked that this was even allowed to air.

And these stories are a few of many.

What about Tyra’s response?

Tyra did get a chance to rebuff Harlow’s comments when she too, was interviewed by Andy Cohen not long after her former contestant was. “Well, I discovered her on Instagram and she’s on the show, so what do you think that means?” she responded.

“I have nothing but love for my girls and my girls come from so many walks of life and so much pain and so much hardship and so much story, and a lot of the times when people express themselves in certain ways, there’s a reason,” she said. “They’re all my babies—even the ones that act out. They’re still my babies.” While some would call her response patronizing, others find her ultra genuine.

Tyra eventually issued an apology following the backlash she has been receiving lately. She called her decisions at the time, “some really off choices.” Whether or not the apology suffices or is consistent enough, that remains to be seen.

The early 2000s were certainly a different time, especially in the modeling industry, pre-MeToo era. A lot of the current social issues and standards we take for granted were not being discussed so openly at the time. This does not excuse the actions and decisions at the time–and we can certainly question whether they were done in good faith or not–but it provides a context for how they arose.

For me, the bottom line is that every person is in some way a product of their environment, their upbringing, their trauma, the world of toxic beauty standards—and this includes both Winnie Harlow and Tyra Banks alike.

The key, whether you’re a host or a contestant (and many of us have a chance to play both roles in one lifetime), is to always question dominant notions, so that the bar is always moving upward, and so that we as humans are always learning and self-improving and developing a more holistic understanding of what it means to be beautiful.

And at the end of the day, America’s Next Top Model was not the beginning and end of Winnie’s career. This is a powerful lesson in never allowing your failures to define the rest of your path in life.