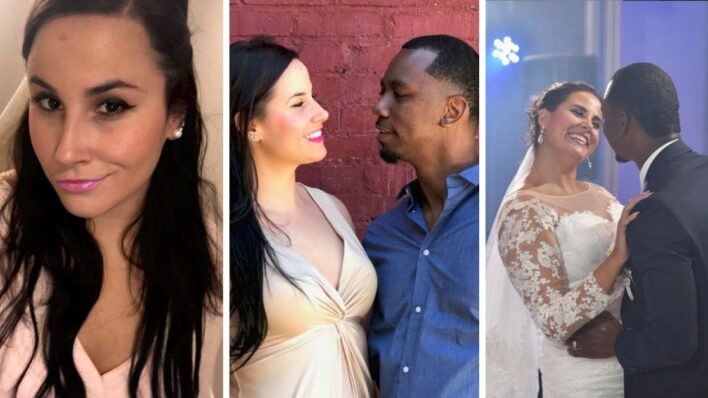 After A Series Of Unsuccessful Dates, Woman’s Vow To Marry Next Date Comes True

Ivana Richey was tired of unsuccessful dates so she vowed to marry the next man she would date. Lo and behold, her promise became true.
By Aly Walansky    May 4, 2020

Ivana Richey was tired of unsuccessful dates so she vowed to marry the next man she would date. Lo and behold, her promise became true.

After having had a string of bad relationships, Ivana Richey was determined that it would stop. So she made a wild vow to herself: she decided that the next man she would meet would be the one she married.

I was tired of short-term relationships that didn’t lead anywhere. ‘I was always a hopeless romantic and wanted the type of love I had seen in movies.

Sounds like a rather bold declaration, doesn’t it? Well, she ended up being right! Her story is nothing short of a real-life fairytale, except that she is a bossy, determined heroine who made it happen.

Ivana knew what she wanted

Ivana’s vow may sound fantastical, a tad bit unrealistic, but to her, it made perfect sense. She wanted to introduce intentionality in her dating life, which meant that she would choose someone who was on the same page.

It wouldn’t be just any person I dated. If I decided I’d be in a relationship with a person, that person would become my husband.

Ivana already had an idea of the type of partner she wanted to end up with. As a professional self-love and business coach, she was particularly insightful when it came to her own needs and aspirations.

I also wanted more than an average relationship, I wanted a partnership in which we’d be equals – building a business together, traveling the world, and helping people transform their lives.

Little did she know that she would find her exact match.

And then, she met him

Enters Joshua in the picture. The two met at a personal development workshop that he helped organizing in Fort Lauderdale, Florida. They hit it off instantly and started dating not long after.

and fifty-five days later, the couple got married. even though they had only known each other for seven weeks. They went back and forth visiting each other, as Joshua lived in Oklahoma and Ivana resided in Florida.

Ivana kept her vow to herself but little did she know that Joshua’s intentions were very much aligned with hers. Both were convinced they had found the One.

I told my friends once I came back from Fort Lauderdale after meeting my wife for the first time that this was the One I would marry. They said I was crazy and I wasn’t going to get married.

Things moved along quickly when she asked her new boyfriend to be her date to a cousin’s wedding – in Croatia!

“I had told my (now) husband I had never introduced anyone I dated to my grandparents before, so we started talking about maybe getting married after we come back from that trip to Croatia,” said Ivana.

But they didn’t want to wait

In August, Ivana went to visit Joshua and the pair decided that they didn’t want to wait until after the trip to Croatia to get married. They went to the courthouse and received a last-minute opening. They were officially husband and wife in August of 2017 in El Reno, Oklahoma, only 55 days after their first meeting.

The decision was shocking to say the least, as Ivana recalls.

“After we announced it on social media, there were so many shocked people (especially the ones from the workshop where we met). People said they didn’t even know we were engaged, and we answered, “we never were!”

But eventually, Ivana’s friends and family knew she had made the right decision because they knew she thought of marriage as a serious thing.

My friends knew I was serious because I never talked about marriage in the past and I always had high standards, so they said, “this must be the One if you know so fast you want to get married.

Then, she revealed her secret vow

At that stage, the couple didn’t even live in the same place, so a month later Ivana moved to Oklahoma. After the wedding, she told Joshua about her vow to marry her next date and it made them feel like it was always meant to be.

We had absolutely no doubts about it being quick. Our souls had become one, and time was just a man-made construct.

The couple eventually had an official wedding party in Ivana’s native Croatia, surrounded by friends and family.

Sometimes all the hurdles along the way are there to help us get to that amazing, perfect finale (or person!). For Ivana and Joshua, meeting each other was well worth the wait – and when they knew, they knew!