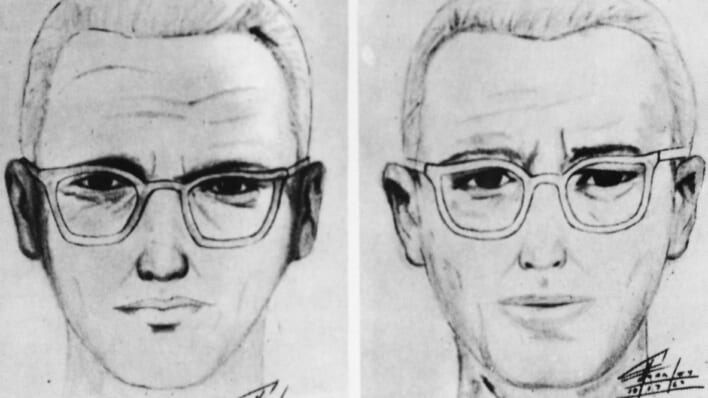 The Zodiac Killer: Everything We Know (So Far) About True Crime’s Most Enduring Mystery

The Zodiac Killer remains an anonymous force in criminal history. However, there is plenty of evidence that could point to his true identity.
By Jeff Liddell    September 27, 2022

The Zodiac Killer remains an anonymous force in criminal history. However, there is plenty of evidence that could point to his true identity.

Despite society understandably viewing them with scorn, the worst criminals are also an object of fascination. Serial killers, in particular, have captured our imaginations so much that they compose a significant bulk of true-crime analysis. However, few have captivated us like the Zodiac Killer, active in Northern California between December 1968 and October 1969.

Although his identity remains unknown, numerous Zodiac suspects have been proposed over the past five decades, including (jokingly) U.S. Senator Ted Cruz. And then there are the four ciphers the actual serial killer included with some of his taunting letters to newspapers. To date, only two of the cryptograms have been cracked.

The multiple theories, and opinions, surrounding the Zodiac only make him more mysterious. However, there is evidence to support credible suspects, and information to create a general profile of the Zodiac Killer.

Murders and Correspondence: Letters from the Zodiac

The Zodiac Killer originated his own pseudonym through provocative letters mailed to San Francisco Area newspapers. He threatened killing sprees and bombings to coerce the publications into printing his letters, which continued until about 1974. The missives were intentionally cryptic in nature, with some containing cryptograms.

Through decoding the letters, it was revealed the Zodiac was directly taunting the media. The deciphered letters also exposed an implied the motive. The Zodiac claimed that, by killing his victims, he would have “slaves to serve him in paradise.” People are still trying to decipher all of the Zodiacs messages, including one that begins with “My name is ____.”

The Zodiac claimed to enjoy murdering people because, “It is more fun than killing wild game in the forest.” “Man is the most dangerous animal of all,” he wrote.

The Role of the San Francisco Chronicle and the Media

Originally, the killer’s involvement with media outlets was fairly balanced. In fact, he coined his own pseudonym in an Aug. 4, 1969, letter to The San Francisco Examiner, in which he wrote, “This is the Zodiac speaking.” That letter also provided details about the murders of David Arthur Faraday, Betty Lou Jensen and Darlene Elizabeth Ferrin that had not been released to the public.

The Chronicle’s larger involvement began with its publication of part of the cryptogram sent by the Zodiac. Most notably, the newspaper received evidence for his last confirmed murder, a torn section of a victim’s bloody shirt. In the past four years, the Chronicle began to publish more articles about the history of the case. The newspaper notes that the two sketches of the suspect remain the best clues we have.

However, the case took a step forward in 2021, when one of the ciphers was cracked, two decades after the last successful attempt.

How Many People Did the Zodiac Kill?

The Zodiac claimed in his letters to have killed 37 people, but authorities have ever only substantiated seven victims, two of whom survived their attacks. While the Zodiac has been linked to other crimes — among them, the murder Cheri Jo Bates, the disappearance of Donna Lass, and the alleged abduction of Kathleen Johns — those were never confirmed.

The Lake Herman Road murders, which occurred on Dec. 20, 1968, in Benicia, California, were the first crimes attributed to the Zodiac. He shot and killed Betty Lou Jensen and David Arthur Faraday, teenagers on their first date. That was followed, on July, 4, 1969, by the shootings of Michael Renault Mageau and Darlene Elizabeth Ferrin in Blue Rock Springs Park in Vallejo. Ferrin died, but Mageau survived.

The next targets were 20-year-old Bryan Hartnell and 22-year-old Cecelia Shepard, attacked on Sept. 27, 1969, at Lake Berryessa, near Napa. Shepard was still conscious when police arrived, despite being stabbed 10 times by the Zodiac, and provided a description of their attacker. She died two days later. Hartnell was stabbed eight times in the back, but survived.

Paul Stine, a cab driver shot in the head on Oct. 11, 1969, in Presidio Heights, was the final victim. Aside from Jensen and Faraday, who died in 1968, all of the Zodiac’s confirmed murders occurred in 1969.

The Most Prominent Zodiac Killer Suspects

The Zodiac’s true identity never been determined. But, while there have more than a few suspects, Arthur Leigh Allen was the only one ever named by police.

A former school teacher fired amid sexual-misconduct allegations, Allen was interviewed by Vallejo police in October 1969. Seen near the site of the Lake Berryessa attacks, he explained that he had been scuba diving. Allen’s home was searched in September 1972 by the San Francisco Police Department. Additional searches followed over the next two decades, the final one taking place mere days after his death in 1992. However, Allen was never charged in any of the Zodiac crimes.

In 2021, a team of former investigators, military-intelligence officers and journalists called the Case Breakers identified the late Gary Francis Poste as the Zodiac Killer. Forensic evidence, photos from Poste’s darkroom, and scars on his forehead were used to support the claim. Although that sparked newfound interest in the case, the FBI and the Case Breakers have been criticized for also relying on circumstantial evidence.

The Zodiac Killer remains one of the most infamous serial killers in history, due to the cryptic messages and the unsolved nature of the case. Even if the Zodiac Killer is properly identified, the murders will, no doubt, continue to fascinate people.

Movies Inspired by the Zodiac Killer

Given how Zodiac captured the popular imagination, it’s little surprise the mysterious serial killer has been the repeated subject of, and inspiration for, at least a dozen movies. In fact, the first were released in 1971, when the Zodiac was still considered active.

The first, The Zodiac Killer, was a highly fictionalized slasher film that’s likely only remembered by devotees of the genre. However, most recall Dirty Harry, at least by name or reputation. The first of the series of five crime thrillers starring Clint Eastwood, it borrowed heavily from the Zodiac case, but changed the killer’s pseudonym to Scorpio.

Most of the other movies are mere footnotes, from Exorcist III and its Gemini Killer, to the direct-to-DVD horror flop Curse of the Zodiac. But then there’s David Fincher acclaimed 2007 thriller Zodiac, based on true-crime books by author Robert Graysmith. He was a political cartoonist for the San Francisco Chronicle at the time of the murders, and attempted to crack the Zodiac’s code.

The killer’s cinematic influence extends to today, with the depiction of The Riddler in Matt Reeves’ 2022 film The Batman.