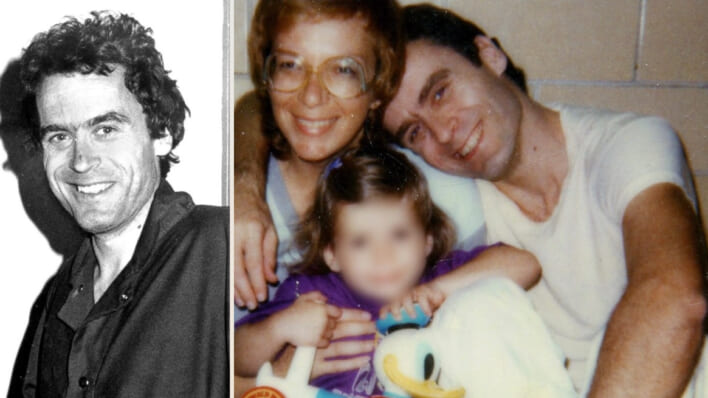 Who Is Ted Bundy’s Daughter, Rose – And What Is Her Strange (but True) Story?

The infamous serial killer is the father of a daughter, Rose Bundy, who was conceived while he was on death row.
By Laurence Lerman    September 11, 2022

The infamous serial killer is the father of a daughter, Rose Bundy, who was conceived while he was on death row.

The horrors wrought by Ted Bundy—his kidnapping, assault and murder of dozens of young women across the nation in the ’70s—remain a haunting reminder of the evils that can be imagined and perpetrated by humankind.

And that the notorious serial killer was considered to be a handsome and charismatic man who could easily lure potential victims into trusting him makes him even more terrifying.

But there was one woman who believed him to be a rather “dignified” man, so much, in fact, that she even became his wife and bore his child.

Here is the story of Carole Ann Boone, her relationship with Ted Bundy, and their presumed child, Rose Bundy.

Ted Bundy and Carole Ann Boone met in 1974 when they were colleagues at the Department of Emergency Services in Olympia, Washington. At the time, Boone was going through a divorce (her second!) and raising a son, James. She was also reportedly in a relationship when she met Bundy, who was dating his long-term girlfriend Elizabeth Kloepfer at the time.

According to Ted Bundy: The Only Living Witness, a respected true crime examination of Bundy’s life by the investigative team of Stephen G. Michaud and Hugh Aynesworth, Bundy and Boone expressed an early romantic interest in each other, with Bundy eager to begin dating.

“I liked Ted immediately—we hit it off well,” Boone said of their initial encounters.

“He struck me as being a rather shy person with a lot more going on under the surface than what was on the surface. He certainly was more dignified and restrained than the more certifiable types around the office.”

But Bundy and Boone’s relationship wouldn’t remain platonic for long and they soon grew close. Their romance was interrupted when Bundy was arrested, but it continued in another form when the pair began sending each other love letters while he was imprisoned in Utah in 1976 and awaiting trial for kidnapping and assault. The first of a number of charges of murder and rape against Bundy were to come later that year.

Ted Bundy Proposed to Carole Ann Boone in the Courtroom

Following a pair of dramatic prison escapes (that Boone was rumored to have had a hand in assisting), murder charges in Colorado and a series of subsequent assaults and murders in Florida, Bundy was recaptured and remanded to Florida State Prison in Raiford in 1978. It was during Bundy’s trial in Florida that Boone moved from Washington to the Southern state to support him, fully believing in his innocence.

It was during one of his trials in June 1979, at the Miami Metropolitan Justice Building, that Bundy took advantage of an obscure (and bizarre!) Florida law stating that two people could be married by simply making a declaration that they were married while in a courtroom with a judge present. Bundy was questioning Boone on the stand as a character witness—Bundy was representing himself in court—when he suddenly asked her to marry him. Boone accepted and Bundy immediately declared to the court that they were legally married.

In February, 1980, Bundy was sentenced to death by electrocution and began what would be a nine-year stay on death row.

RELATED: How One Victim’s Incredible Act of Bravery Ended a Decade of Horrific Kidnappings

Though conjugal visits were not allowed at the Florida State Prison for men on death row, it’s known that inmates would bribe guards to allow them time alone with their female visitors. This theory serves as one plausible explanation for Boone’s pregnancy. Others speculate that Boone may have smuggled a condom into prison, with Bundy then depositing his genetic material into it, tying it shut and returning it to her through a kiss.

Whatever the true explanation may be, the facts are that Ted Bundy, one of history’s most notorious serial killers, got married and presumably fathered a child while incarcerated!

Rose Bundy Conceived While Ted Bundy Was on Death Row

The next several years saw Boone regularly visiting Bundy in prison, occasionally with their baby Rose and her son James in tow.

Boone had long championed Bundy’s innocence over the years, and when Bundy began to confess to his horrifying list of murders (partly in an attempt to have his execution delayed), she reportedly felt “deeply betrayed.” Admitting to all that he was guilty of the heinous crimes, Bundy and Boone’s unexpected relationship began to sour after a few years. Boone ended up divorcing him in 1986 and heading back to Washington with Rose and James.

Ted Bundy was executed in the Raiford electric chair ( also known as “Old Sparky”) on January 24, 1989. It was reported that Boone refused to accept a phone call that Bundy made to her on that very morning prior to his execution.

RELATED: Are True Crime Podcasts ‘Unhealthy’ or Can They Solve Real Problems?

It was after Bundy’s execution that Boone and her family essentially went off the grid. It’s believed that Boone changed both her and her daughter’s names to move on from the Bundy saga and forward with their lives. To that end, there was virtually no concrete or up-to-date information available on Carole Ann Boone and Rose Bundy from that point onward. Not that it prevented the rumor mill from grinding out possibilities.

Boone’s whereabouts and identity remained unknown until January 2018, when she reportedly died from septic shock in a Washington State retirement home at the age of 70. Apparently, nobody at the home knew anything about her past, family or the brief time she spent as the wife of Ted Bundy.

Even less is known about Boone and Bundy’s daughter, Rose Bundy (also known as Rosa, reportedly), who would be a 40-year-old today. Theories abound, of course, but her story has essentially remained a mystery, which doesn’t sound unrealistic considering her history and what could be her strong wish to keep the past in the past. And perhaps that’s where it should remain, even as publishers and studios unleash an avalanche of books and films on Bundy’s life and awful deeds, most recently the 2019 Netflix production Extremely Wicked, Shockingly Evil, and Vile starring Zac Ephron as Bundy.

RELATED: After the Capture: Where Is Kidnapping Victim Elizabeth Smart 19 Years After Being Rescued?

The noted true crime writer and former police officer Ann Rule may have put it best and most succinctly in a 2008 reprint of her 1980 Ted Bundy account, The Stranger Beside Me.

“I have heard that Ted’s daughter is a kind and intelligent young woman, but I have no idea where she and her mother may live,” Rule wrote in the bestselling book. “They have been through enough.”