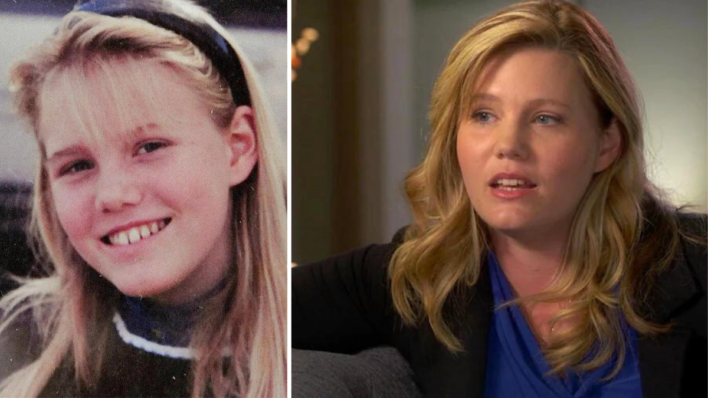 Phillip and Nancy Garrido stole 18 years of Jaycee Lee Dugard’s life. More than a decade after her discovery, Jaycee has put her life back together in the most admirable and inspiring way.
By Amber Dowling    May 30, 2022

Phillip and Nancy Garrido stole 18 years of Jaycee Lee Dugard’s life. More than a decade after her discovery, Jaycee has put her life back together in the most admirable and inspiring way.

On June 10, 1991, 11-year-old Jaycee Lee Dugard was walking up the hill in front of her house to catch the school bus in Lake Tahoe, California, but she never made it.

As she was walking, a car cut her off and a man named Phillip Garrido shocked and incapacitated her with a stun gun. He and his wife, Nancy, put her face down in the car and they sped off.

Jaycee’s stepfather, Carl Probyn, saw the whole thing happen. He jumped on his bike but couldn’t catch up. He called the police and gave his best description of the car and kidnappers, but it wasn’t enough.

Phillip and Nancy took Jaycee to their backyard, where they had constructed a soundproof shed. That’s where Jaycee was kept, with just one window from which to see the world. They stripped her of her clothes and forbid her to say her name, and handcuffed her.

For the next 18 years, Jaycee experienced manipulation, sexual assault and verbal abuse. She gave birth to two daughters — the first at 13-years-old and the second at 17-years-old. She later revealed she was thankful for her girls because with them she felt less lonely.

During that time, parole officers visited the Garrido household (Phillip was a convicted sex offender) and searched for Jaycee, but no one ever discovered the shed.

The entire time Jaycee was away, her family — and in particular her mother, Terry Probyn — never stopped looking for her. She went on television, she put out flyers, she continued canvassing the neighborhood and she begged people not to stop looking. She knew that one day she would see her daughter again.

“Being a mom now, I know she never forgot about me because I could never forget about my kids,” Jaycee explained to ABC. “But… when you’re a kid and you think you’re easily forgettable and you’re not important. But she kept her hope. I don’t know how she did that. You know? How did I keep my hope? How did she keep her hope.”

The two were close before the kidnapping, and one thing that kept them connected was the moon. They used to sit on the front porch and watch it together. After Jaycee was kidnapped, she was able to see the moon from the one window in her shed. Her mother, who wasn’t that far away, would look up at the same sky and hope her daughter would return.

After 18 years in captivity, Jaycee (who still wasn’t allowed to say her name), had stopped trying to escape. At that point the manipulation had been so strong it wasn’t even a thought that crossed her mind. When she would look up school lessons for her daughters online, she never googled herself or her case.

For their part, Phillip and Nancy told neighbors the girls were their daughters. They started a basement church and wanted to bring their religious musings to others in the community. That’s when Phillip brought Jaycee and one of her daughters to the Berkeley campus at the University of California. There, two campus officers became suspicious and looked into the man’s background.

They alerted Phillip’s parole officer and when he was brought in for questioning with the girls, at first Jaycee didn’t admit to who she was. Eventually, although she still couldn’t say her name out loud, she wrote it down. Her mother came immediately and the pair were reunited.

“The light came back… it was very dark for so long… but that light finally came back on,” Jaycee wrote in her memoir.

How Jaycee Lee Dugard Is Now Hopeful for a Brighter Future

After her rescue, Jaycee revealed she doesn’t hold anger or hate over what happened to her. She says she already had 18 years of life stolen from her and that’s enough. “I don’t feel like I have this rage inside of me that’s building,” she told ABC News. “I refuse to let him have that. He can’t have me.”

“I think I have enough hate in my heart for the both of us,” her mom said. “I hate that he took her life away and that makes me sad… I hate that he stole her from me. He ripped out a piece of my heart and he stole my baby… He stole [her] adolescence. He stole high school proms and pictures and memories.”

“But he didn’t get all of me,” Jaycee responded.

Since then, Jaycee and her daughters have done a lot of work and therapy to heal. Both her daughters have gone to college and Jaycee has written two books. A Stolen Life tells the story of her kidnapping and rescue and Freedom: My Book of Firsts is about rebuilding her life.

“Why not look at it? You know, stare it down until it can’t scare you anymore,” Jaycee once told Diane Sawyer. “I didn’t want there to be any more secrets… I hadn’t done anything wrong. It wasn’t something I did that caused this to happen. And I feel that by putting it all out there, it’s very freeing.”

What happened to Jaycee and her family is beyond horrific and hard to hear. But one thing we can all learn from Jaycee and her mom is the power of resilience and hope. Neither of them could change the terrible things that happened, but both are choosing to move on and make the most of the freedom and the time they have together now.

Jaycee is thankful for her two daughters and for being able to see her mom again, and through a lot of hard work and therapy, she’s looking toward the future. Of course, she has dark days and it isn’t easy, but her story motivates us to also appreciate what we have in our own lives.

Whether you hug your kids extra hard today, tell someone how much you love them and appreciate them, or do something kind and unexpected just because you can, it’s important to let the people in our lives know how much they mean to us. Jaycee and her mom are living proof of that.

never lose hope
“Hope itself is like a star — not to be seen in the sunshine of prosperity, and only to be discovered in the night of adversity.” – Charles Haddon Spurgeon
Tags
Share
← Prev Post Next Post →