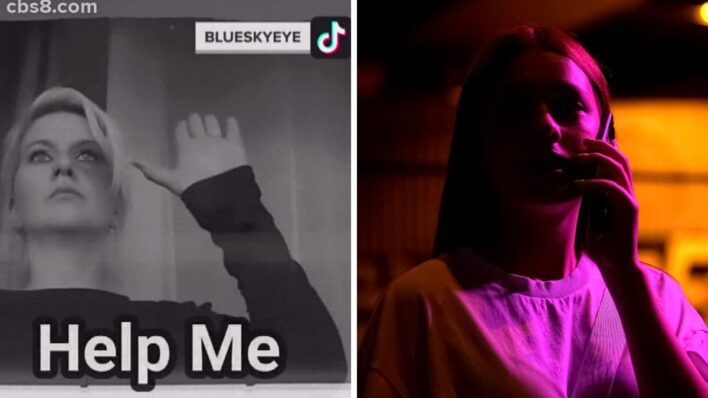 TikTok’s latest feat proves the app can be more than just mindless entertainment.

Next time family or employers tell you social media is a waste of time, remind them that it can quite literally save your life.

​​Recently, a girl found herself in a potentially life-threatening situation and as it turns out, a TikTok video saved her from a dangerous situation.

The teenage girl was rescued in Kentucky  after a passing driver saw her using a special signal that she learned from an unlikely source: TikTok.

The gesture was initially developed by the Canadian Women’s Foundation in partnership with media agency Juniper Park in April 2020, at the start of the COVID-19 pandemic, so that domestic violence victims could show they need help on a video call.

Emulating the gesture, which consists of tucking in the thumb into the open palm and closing the four other fingers over the thumb, she was able to save herself. But let’s not forget the quick actions of the alert stranger, who recognized what the gesture symbolized and called for help.

“The complainant was behind the vehicle and noticed a female passenger in the vehicle making hand gestures that are known on the social media platform ‘Tik Tok’ to represent violence at home – I need help – domestic violence,” according to a statement from Laurel County Sheriff John Root.

The driver immediately contacted 911, leading the police to track the suspect’s car and arrest him. The 61-year-old man was then charged with unlawful imprisonment and possession of material that allegedly showed sexual content of a minor. Thankfully, the girl was safe and sound. She was taken to a nearby hospital and examined before being reunited with her family.

This gesture may be small and discreet, but it is an important one to remember. As the story proves, you never know when you might be called upon to help a stranger in distress. It’s better to be prepared, so that we can help ourselves and others. Together, we can make the world a safer place for young girls and women.