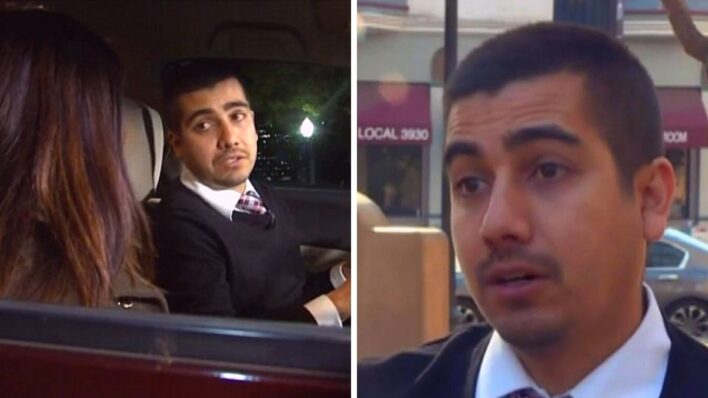 Keith Avila never thought his eavesdropping would end up saving a life.
By Bryan Liquor    November 8, 2021

Keith Avila never thought his eavesdropping would end up saving a life.

Uber driver Keith Avila has driven hundreds of people around California, but this particular ride was different.

Recounting the details to PEOPLE, he said that a girl who looked around 12-years-old got into the backseat wearing a short skirt. She was followed by two women, who directed Avila to take them to Holiday Inn.

During the ride, the women asked Avila to increase the volume of the music as they then turned to speak to the girl. Avila perked up his ears and couldn’t believe what he heard.

The lady in the back started getting really upset. She was yelling at the girl, ‘You need to get your priorities straight. We need to make this money.’

At first, Avila wasn’t sure if the money was related to drugs or some other deal. However, the woman’s next instructions left no doubt as to what was really going on.

“The woman told the girl to get the donation first,” he recalled. “She said, ‘Ask if they have your donation before you go into the room.’”

At that moment, he pieced the whole sordid scenario together: The women were pimps and that the girl was a victim of sex trafficking. And Avila was driving them to a hotel.

Avila, a father himself, knew he had to do something – and fast.

And so, immediately after dropping off the passengers, Avila alerted the police, also relaying the hotel room (110) number he overheard.

Minutes after his call, Avila recounted the details in a Facebook Live video that’s been viewed over 185,000 times.

I told police, ‘If you don’t come, I’m going to go in there myself and take pictures of these guys.’

It turned out that Avila’s horrific hunch was right: The girl – 16-years-old – was a sex slave and the two women were allegedly involved in sex trafficking.

Police arrested Destiny Pettway, 25, and Maria Westley, 31, on charges of pimping and threatening a minor. Police also arrested 20-year-old Disney Vang, who was found in the hotel room with the young girl.

There’s no strangers when someone’s in danger

Avila says that his conscience gave him no choice but to act.

I knew what was happening and I would never have been able to ignore it. It was the right thing to do.

He could’ve said nothing. Went on his way, collected his fare. And then that 16-year-old victim could’ve been victimized again by who knows how many different people over the next couple of days, weeks, months.

It could be a woman on a sketchy date, a distress signal at the veterinary, or an underage girl in the backseat of an Uber. In either case, a perfect stranger turned into family and helped a loved one.