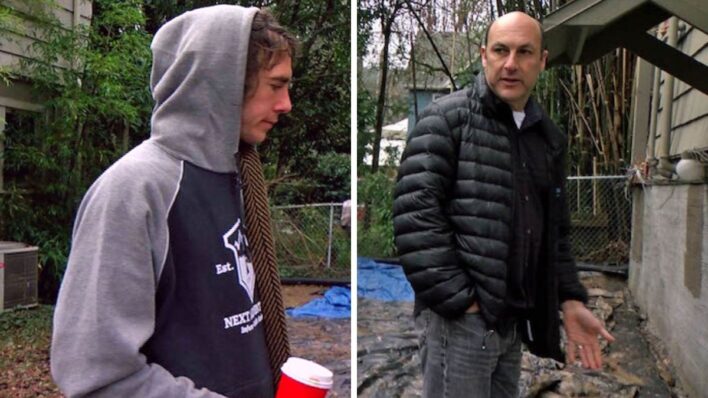 Homeowner Kicks Homeless Man Off His Porch – Minutes Later, He Has an Unexpected Change of Heart

An Oregon man was given a second chance at life after being asked to leave the home he was squatting.
By Sophie Babinski    November 5, 2021

An Oregon man was given a second chance at life after being asked to leave the home he was squatting.

Homelessness on the West Coast of the United States is so pervasive it is beginning to draw national attention. There are over 165,000 itinerants in California, Oregon, and Washington, and the problem is only getting worse.

James Eppler was down on his luck, squatting on the stoop of an Oregon home. Eventually, the home was purchased by property developer Chris Crever, who told Eppler he had to leave. Instead of exhibiting bitterness or aggression about the situation, Eppler was gracious and polite, causing Crever to think of a way he could keep his new acquaintance off the street.

He understood [why I was asking him to move], wasn’t bitter about it and thanked me as I walked away. The fact that he said it so respectfully and kindly like, ‘Sure, thank you for not having a problem with us so far, treating us like a human being.’

Touched by Eppler’s graciousness, Crever decided to give the man a chance, asking him to meet at the house the following week. That was when he offered him a deal. Eppler could stay at the house (inside this time- not on the stoop!) and take up a temporary job refurbishing the place. Eppler was inspired by the opportunity and asked Crever to help him find a permanent job.

Crever went above and beyond for his new friend, asking the media for help in finding Eppler a permanent, full time job. The help didn’t go unappreciated by Eppler, who has been homeless and down on his luck since the age of 16. He was especially grateful for the aid, since it was the Christmas season.

The fact that it’s around Christmas time- you know, I was raised with Christmas every year, it was a huge thing- it’s almost like God smiling down.

Chris Crever and James Eppler’s story reminds us to always think twice before reacting to a situation. What could have otherwise been an unpleasant, even violent, confrontation turned into an uplifting story about two unlikely friends. Both men were kind, gracious, and compassionate towards the other, and the result was two lives made better.