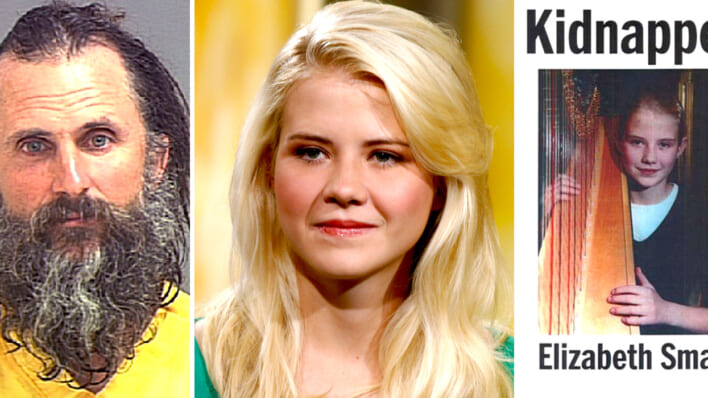 After the Capture: Where Is Kidnapping Victim Elizabeth Smart 19 Years After Being Rescued?

Elizabeth Smart became a household after her rescue from captivity nearly two decades ago. Her bravery and will to survive have been a beacon of hope for families of missing children. But where is she now, and how has she helped fight the ongoing battle of child exploitation?
By Bianca Mercuri    July 8, 2022

Elizabeth Smart became a household after her rescue from captivity nearly two decades ago. Her bravery and will to survive have been a beacon of hope for families of missing children. But where is she now, and how has she helped fight the ongoing battle of child exploitation?

The plague of missing and abducted children has become a terrifying global issue, and unfortunately, there remain few solutions.

In 2021, there were 337,195 entries for missing children, according to the FBI. There are many reasons why children can go missing including runaways, family abductions, non-family abductions, and more. In fact, 19% of children who ran from the care of social services in 2021 were likely victims of child sex trafficking.

No one knows the dangers of missing children quite like Elizabeth Smart. Smart was a victim of a non-family abduction and knows the pain of kidnapping and being held in prolonged captivity. Let’s dive into her story and where she is nearly two decades later.

Who Is Elizabeth Smart And What Happened To Her?

Elizabeth Smart was only 14 years old when she made headlines for her abduction. In June of 2002, Smart was taken from her home in Salt Lake City, Utah. Only days before her middle school graduation, Smart was forcibly removed from her home and held captive at a campsite just miles away from her family.

Brian David Mitchell (who the Smart family knew under the alias Immanuel) and his wife, Wanda Barzee, were street preachers. Smart and her mother had come across them and offered Mitchell $5, along with a job opportunity working on the roof of their family home. Smart and her mother had no way of knowing that this good deed would quickly turn into a living nightmare.

The morning she was taken, Smart was woken up by a knife pressed to her throat. Beside her, her sister Mary Katherine was awake, frightened but paying attention to the situation. She remained silent and lifeless, scared for her life and for her sister who was being ushered out of the room.

Mitchell had come to know the layout of the house during his time at the Smarts’, which allowed him to move in and out that night nearly undetected. Smart was then forced to hike up the hills behind her home where she would remain hostage and abused on a daily basis.

It was Mary Katherine’s memory of the abduction that helped spearhead the investigation. The search for her sister now had a face, and Mitchell’s police sketch went public in early 2003. One month later, Smart was rescued from the hell she’d been living in for nearly one whole year.

On March 12, 2003, Smart was finally rescued. The miracle that Smart had been hoping for finally happened as she was discovered walking the streets of Sandy, Utah with her two captors. It was a citizen who recognized Smart from the constant press she received at the time. She was then taken to the police station in her hometown where her family was waiting to reunite with their daughter.

Smart recalls the moments of her rescue, specifically when the police asked her to confirm her identity as they had been searching for the young teen for months. “In my mind, it was admitting who I was. And even confirming it was scary. I mean, I lived in a state of fear and terror for nine months, I was scared doing anything.” She said, “I admitted I was Elizabeth Smart. And I actually remember thinking that I made a mistake.”

This rescue brought hope to the nation. There are far too many stories of young women going missing with no closure or justice. Smart has had the opportunity to live the rest of her life, to move and heal herself from this trauma. She used this terrible event that plagued her childhood as a motivator in her later life.

What Is Elizabeth Smart Doing Now?

We can’t always depend on the justice system to keep predators at bay. While Mitchell is serving a life sentence, his wife Barzee was released in 2018 after serving more than 15 years in Prison. Smart was shocked by this release, despite 15 years being the maximum time allowed for her sentence in that State.

“I think people should realize that she is dangerous,” Smart said, “I know the depth of her depravity… we need to once again take a second look at our judicial system.”

As for Smart, she just celebrated 19 years post-rescue on March 12, 2022. “I have always believed in Miracles but today marks the 19-year anniversary of the biggest miracle I ever experienced,” Smart posted to Instagram, “I just wanted to briefly say thank you to everyone who helped rescue me. Thank you to those of you who prayed for me, searched for me, and supported me all those years ago through today.”

Following her rescue, Smart continued her schooling, attending college at Brigham Young University. The now 34-year-old activist for missing children has three children of her own. Her husband Matthew Gilmour is supportive of her journey in life, as a mother and as a voice for those who suffered horrific childhood trauma.

Today, Smart educates the masses on sexual abuse and violence against children as well as missing children. The Elizabeth Smart Foundation, in alignment with the Malouf Foundation, hosted a summit to fight child exploitation and sex trafficking. In her quest for ending abuse against women and children, Smart became a TV personality, becoming a correspondent with Chris Hansen on True Crime Daily. Her ability to connect with the victims in her segments is unique and beautiful to watch.

The name Elizabeth Smart evokes emotion in everyone who has heard her story. She is known as a survivor, an advocate, and a prominent voice in the search for solutions to the missing child crisis. Every single day is an opportunity to fight toward a safer society for our children, a battle that Smart does not take lightly. “I refuse to lose hope that your loved ones will be found,” Smart wrote, “Everyone has a story and challenges, you are not alone. God bless all of you.” 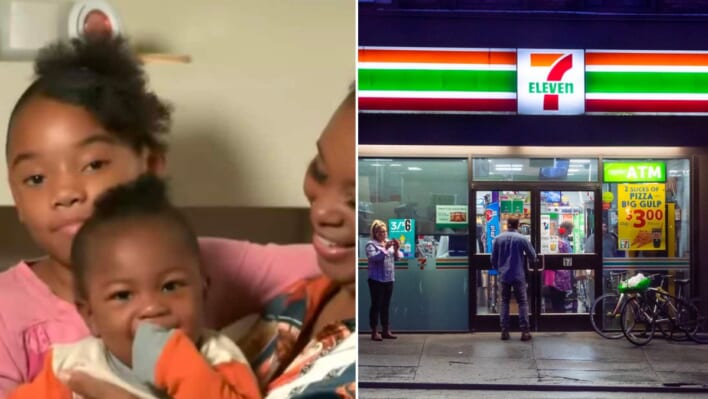