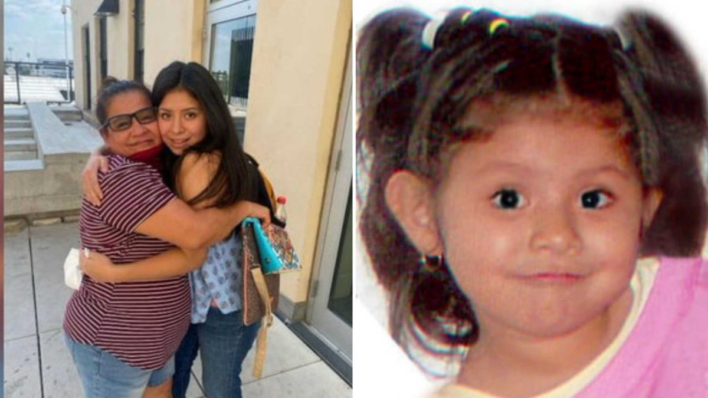 In 2007, a 6-year-old girl was allegedly kidnapped by her father. Fourteen years later, she finally came home. Police couldn’t
By Joel Balsam    September 22, 2021

In 2007, a 6-year-old girl was allegedly kidnapped by her father. Fourteen years later, she finally came home.

Angelica Vences-Salgado hadn’t seen her daughter since December 22, 2007 when the girl’s father allegedly abducted her, according to BBC News.

At the time, police issued a felony warrant for the father, Pablo Hernandez, but couldn’t come up with much except that the pair may have traveled to Mexico.

Police eventually dropped their search for the girl, Jacqueline Hernandez, and the case went cold.

Fast forward to September 2 of this year and police cracked open the case again. According to a press release from the Clermont Police Department that was shared on Facebook, Vences-Salgado told police she was contacted on social media by a girl claiming to be her daughter.

Police coordinated with various departments including Homeland Security Operations and ICE’s Enforcement and Removal Operations to “intercept” the now 19-year-old girl and see if she was who she claimed to be.

After speaking to police, Vences-Salgado agreed to meet Hernandez on the border with Mexico in Laredo, Texas.

Meanwhile, police looked into Hernandez’s documentation and she checked out — the girl was who she said she was.

People were blown away

So glad to hear that they are back together where they belong.”

Another commenter wrote: “How amazing!! 14 yrs missing and she’s now home with her mom. Never give up hope !!”

That last Facebook comment is exactly right. In our lives, bad things can happen that set us off course. But if we hold onto our resolve and never lose hope, amazing things can happen like this reunion after 14 long years.