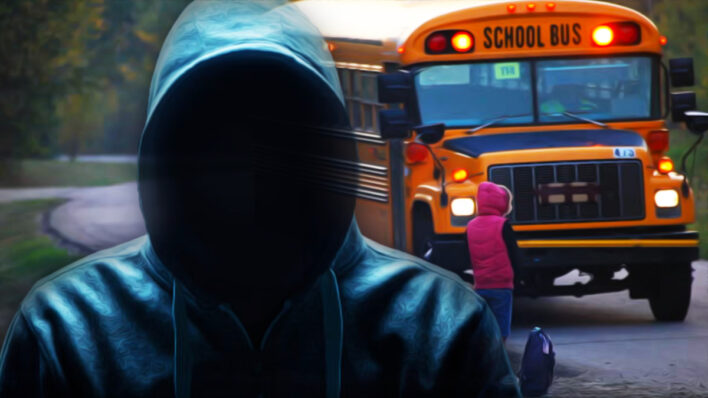 When a stranger approached a little girl with the intention of harming her, she acted fast to save herself.
By Sophie Babinski    April 9, 2022

When a stranger approached a little girl with the intention of harming her, she acted fast to save herself.

The saying “not all heroes wear capes” exists for a good reason. Heroism comes in all shapes and sizes, from loyal dogs to your friendly neighborhood veterinarian.

One such hero was a little girl from Pittsburgh named Dezi.

At only nine years old, Dezi was still living a relatively sheltered life with her parents, riding the bus to and from school each day. One day, while waiting for the school bus, Dezi was approached by a strange man who had been watching her from a distance.

Her parents had instilled in Dezi the importance of being aware of her surroundings and of being safe, but she was snatched by the scary stranger, who grabbed her from behind and covered her mouth. Luckily, Dezi knew exactly how to respond.

I just remember standing there and turning around and I saw him. But it’s sort of normal because of people always walking up and down that street.

How a Little Girl Escaped the Clutches of a Dangerous Man

Dezi saw that the bus was just about to come to her stop, so she jerked her head back quickly and was able to free her mouth, which was being muffled by her attacker. Continuing to think fast, she was able to make quick eye contact with the bus driver and call for help. The bus driver realized what was going on and began to call Dezi’s name. This was enough to send her attacker into a panic, and he took off running.

RELATED: 10-Year-Old Prevents Her Own Abduction By Asking The Stranger Who Approached Her One Simple Question

Dezi continued her resourceful undertaking, and began taking note of the man’s physical description and clothing. When the police arrived soon after to take her statement, she was able to describe his outfit in great detail: red pants with a black design and a white puffer coat. Given that her Pittsburgh community is a small one, the police had actually come into contact with the suspect earlier that day and were able to identify him thanks to the details given by the young girl.

Once he was apprehended, the man was locked up without bail. The suspect, William Gorring, even admitted to the police that he planned to hurt Dezi, and would have done so had she not escaped.

The kids should always be aware of their surroundings, they should be wary of anything that appears out of order, any suspicious behavior, and immediately notify an adult if they feel uncomfortable. And if they should find themselves in a situation like this girl was, fight, kick, scream and do what you have to do to get away.

Trusting Instincts and Staying Aware Is Important for Survival

Dezi set a great example for all of us when she overcame fear and panic and did what is necessary to survive in the face of a dangerous person. It is amazing to remember that if a nine-year-old girl can follow her instincts and save herself, we are all able to tap into our inner hero when things are challenging.