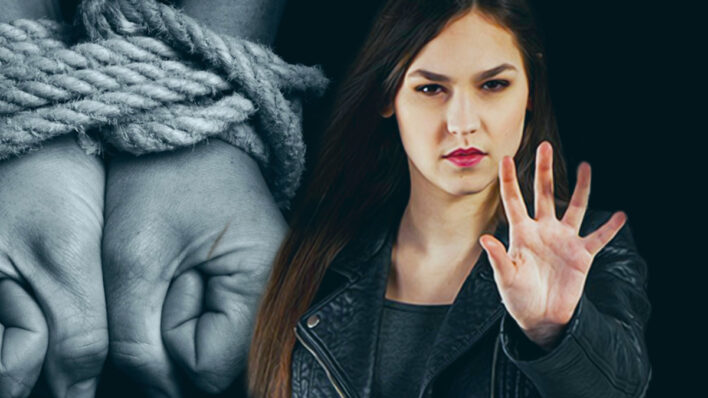 Kidnappings and abductions happen seemingly every day. Luckily, there are true heroes out there who prevent them, sometimes at the risk of their own lives. These are their stories.
By Maya Khamala    April 9, 2022

Kidnappings and abductions happen seemingly every day. Luckily, there are true heroes out there who prevent them, sometimes at the risk of their own lives. These are their stories.

Abduction is undoubtedly among the most frightening crimes in the world. It’s hard to imagine anything more heinous than seizing another human being and keeping them captive. Kidnapping can be motivated by anything from money to politics, religion, custody disputes, human trafficking, or even premeditated sexual assault/murder.

RELATED: Garbage Men Spot Suspicious Car – What They Did Next Saved an Abducted 10-Year-Old

According to the FBI, 543,018 people went missing in the US in 2020 alone; more than 340,000 of these cases involved children. While there’s no way to say for sure what’s behind each and every missing persons case, it’s safe to assume, as many have, that abductions make up a large part of the list.

Now, imagine for just a moment that you had the chance to help stop just one person from being kidnapped. What would you do?

Humanity’s dark side is perhaps never so clear than when poring over abduction cases. But what we hear about a lot less often are the unsung everyday heroes who had the strength and the smarts to stop a kidnapping in its tracks. What better reminder can there be of the potential for goodness in this world?

In January 2020, with their five kids in back, Benny Correa and Amanda Disley noticed a car with tinted windows and unique rims, much like the ones they’d seen on news reports about the abduction at knifepoint of 11-year-old Charlotte Moccia that afternoon.

RELATED: Man Sees Stranger Abduct Little Girl In Broad Daylight, But Fails To Catch Him – Then, He Recalls A Vital Detail

They called 911 while following the car, managing to confirm that the plate number belonged to the suspect. The couple kept up with the car, even as it sped up. They even ran a red light (making sure it was safe), while chasing the vehicle. Unfortunately, they eventually ran out of gas, but by that time, the police had apprehended the perpetrator, Miguel Rodriguez, saving Charlotte’s life.

Lesson: Correa said it best: “I had to do what I had to do, being a father.” The lesson here is empathy. Do what you can in life to upgrade from passive sympathy to full-bodied empathy, the kind that has you valuing others’ lives just as you would your own.

A London Woman Stops a Kidnapper in His Tracks – Literally

In November 2020, an 11-year-old girl, Zian, noticed a man with his hand over another young girl’s mouth. She told her older sister Ashanti, 20, who went outside and started to record a video with her phone while following the perpetrator.

RELATED: 10-Year-Old Prevents Her Own Abduction By Asking The Stranger Who Approached Her One Simple Question

She demanded that he let her go, asking repeatedly what he was doing. He insisted the girl was his sister. When she caught up with him, he let go of the girl and ran away. The young girl was terrified, and thanked her profusely. Police apprehended the man, Kadian Nelson, after the video went viral online. He has since been charged with rape and kidnapping.

Lesson: Believe what you see. Never assume all is well when your gut’s telling you otherwise. If listening to your instincts has you putting yourself at risk, be bold, loud, and unapologetic. Hell, shoot a video if you can.

A Montreal Teen Saves a Woman by Buying Her Kidnapper Lunch

In August 2015, 17-year-old Malyk Bonnet saw a man and woman arguing at a bus stop. The man was screaming at the woman and Bonnet thought it might get violent. He approached them, befriending the guy and pretending he was taking the same route to a nearby town.

When they arrived, he offered to buy the pair lunch in order to keep them in a public area. While at the restaurant, he managed to call the police. It turned out the man was wanted for abducting his ex-girlfriend just hours earlier and had previously been imprisoned for assaulting her and sending her death threats. Although Bonnet was unable to speak to the woman before police arrived, he could see she was extremely relieved.

Lesson: Brains over brawn. If someone looks like they’re in trouble and you see an opportunity to intervene, read the situation. Sometimes it’s best to use your wit rather than confront a situation head-on — at first anyway.

A Cleveland Man Saves Captive People from a Neighbor’s Basement

On an ordinary night in May 2013, Charles Ramsey heard a girl’s scream coming from his neighbor’s place. Ramsey and another neighbor proceeded to break down the door, helping to free a woman identified as Amanda Berry. When police arrived, they discovered other women inside. Berry, along with her co-captors, Gina DeJesus and Michelle Knight, had all been held for close to a decade, and were long presumed dead.

Their captor, Ariel Castro, had regularly beaten and sexually assaulted them. He was also the father of Berry’s 6-year-old daughter, also present at the scene. Luckily, Castro had left the house forgetting to lock ‘the big inside door’ that day, making it possible for Berry’s screams to be heard.

Lesson: Ramsey said it best: “You’ve got to put that being a coward and ‘I don’t want to get in nobody’s business.’ You got to put that away for a minute.” We’re generally taught to mind our own business, but surely this comes at a human cost. Keep your eyes open and who knows what you’ll see?

In November 2021, a 16-year-old girl was rescued from a car after using a hand gesture she learned on TikTok, designed for domestic abuse victims to show they’re in distress. When the driver behind her saw the gesture, they called the police, before following the car and updating 911 on its whereabouts, making it possible for police to intercept it.

When she was rescued from the car, she was in Kentucky, having travelled through four states since she’d been reported missing by her parents two days earlier. The perpetrator, James Herbert Brick, was arrested and charged with first-degree unlawful imprisonment, as well as possession of child pornography.

Lesson: It’s never impossible to be your own hero. Use any and all resources at your disposal, and never give up hope that your circumstances will improve.