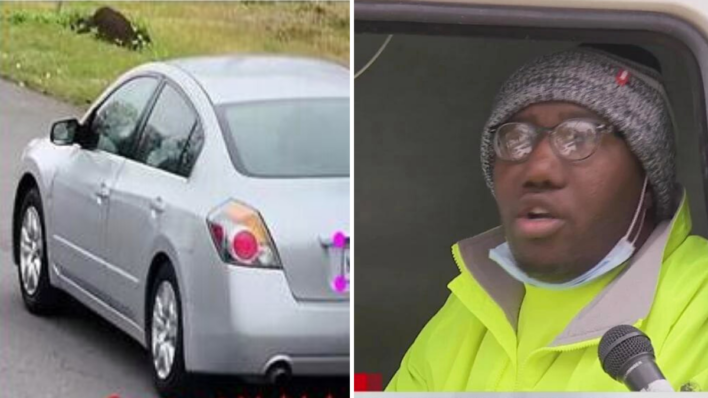 Jalisa Lasalle had gone missing from a family member’s New Iberia home on a Sunday afternoon. Investigators believed she was in imminent danger and an Amber Alert describing a grey 2012 Nissan Altima was issued in the middle of the night.

Early Monday morning, Dion Merrick and Brandon Antoine were working their trash route when something stood out to them: A lone silver car in a patchy grass field.

Something told me . . . I said, what’s that car doing off in the field like that?

Merrick turned to his co-worker and told him that the car looked like the one described in the Amber Alert. They blocked the car from escaping the field with their blue Pelican Waste & Debris garbage truck and called 911.

After a responding officer commended the men for their actions, Merrick began to tear up. “She’s safe right now,” he said, adding that he has a little girl of his own.

Trusting Your Instincts Can Save a Life

Pelican CEO Roddie Matherne praised his employees in a statement to ABC News.

We couldn’t be prouder of Dion and Brandon.

Roddie Matherne in a statement to ABC News

“In fact, All of our Pelican Waste team have been heroically working without fail during the pandemic quietly, professionally, and consistently serving the communities where we collect garbage and debris. They often respond in other ways while on the road. This was an exceptional thing that may very well have saved a little girl’s [life],” Matherne added.

So often people look the other way, keep going, and choose not to get involved when they see something out of the ordinary. Thanks to these sanitation workers who swiftly took action when they saw something strange instead of continuing on their route, a 10-year old is safely back home.

get involved
If you feel like something isn’t right, follow your instincts; you may save a life.