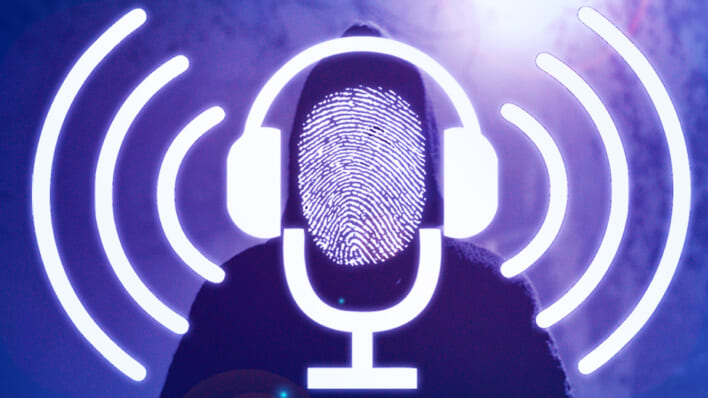 Are True Crime Podcasts ‘Unhealthy’ or Can They Solve Real Problems?

True crime is a top-performing genre on the Podcast charts. While some find the subject matter hard to digest, others are utterly obsessed with it. What’s the science behind the popularity of true crime podcasts and how are they contributing to real solutions?
By Bianca Mercuri    July 12, 2022

True crime is a top-performing genre on the Podcast charts. While some find the subject matter hard to digest, others are utterly obsessed with it. What’s the science behind the popularity of true crime podcasts and how are they contributing to real solutions?

Podcasts have skyrocketed in popularity since the early 2000s, and have become a powerful source of reliable (and entertaining) information.

As of 2022, roughly 62% of the U.S. population has listened to a podcast. Apple Podcasts, the current leading podcast platform, has nearly 40.5 million downloads this year alone.

These podcasts can be news-worthy, anecdotal, educational, comedic, and even scary. And while some of that terror is driven by fictional narratives, the vast majority comes from very real accounts of horror.

Ours has become a society obsessed with true crime, and fans seem to never tire from hearing about investigations, seeing what makes criminals tick, and in some cases, how they were caught. What’s not to love? Intrigue, deception, and fear all from the safety of a living room couch.

True crime takes 10 spots in the top 50 most popular U.S. podcasts. According to Edison Podcast Metrics, Crime Junkie and My Favorite Murder are consistently in the top 5 for weekly podcast listeners in Q1 of 2022.

But with such a massive following, what kind of impact can this exposure have on real investigations?

What Are True Crime Podcasts?

True crime is straight to the point, a non-fictional recounting of real cases and investigations. The premise behind these shows is to delve into both solved and unsolved criminal cases. The format runs the gamut from documentaries, chat shows, YouTube videos, film, and TV series. Typically, they are stories about missing people, murders, serial killers, and the always popular unsolved mysteries.

True crime and podcasts are a match made in heaven. The act of listening is less intense, which allows people to tune in casually. There are no gory photos or videos that come with a trigger warning, either, making the threshold much easier to pass. For content creators, it can be an inexpensive and (at times) simple way to produce engaging stories for a vast audience. It’s like a more digestible version of a documentary.

Why Are True Crime Podcasts So Popular?

Georgia Hardstark, one of the hosts of My Favorite Murder addresses the “why” behind the ever-growing popularity. Why are fans so obsessed? “It’s a lot like exposure therapy, where you have to confront your fear to prove that it can’t actually hurt you,” Hardstark comments.

Scott Bonn, a professor of criminology and author of the book Why We Love Serial Killers, shares a similar sentiment on the topic. “The public is drawn to serial killers because they trigger the most basic and powerful emotion in all of us — fear,” Bonn wrote, “As a source of popular-culture entertainment, serial killers allow us to experience fear and horror in a controlled environment, where the threat is exciting, but not real.”

RELATED: He Spent 5 Years on Death Row for a Crime He Didn’t Commit, Now He’s a College Graduate

Some people question why this content does so well, especially in the podcasting space. There is debate over the value of these shows with concerns over the emphasis and glorification of themes of violence, murder, and sexual assault.

It’s easy for people to see the dark in true crime as it is dark. But they also often do a fantastic job at memorializing the victims, focusing on their lives and accomplishments, and the devastation a crime has on family and communities. Highlighting the victims and the impact they had on their loved ones is a more uplifting way of approaching the subject than glorifying the details of the murder, or the murderer themselves.

Which True Crime Podcasts Are Trending?

Serial is the first and arguably most influential true crime podcast to date, it spearheaded the genre and created a standard for digital journalism. Host Sarah Koenig takes investigative journalism to a new level, adding storytelling elements that are engaging and gripping. This series continues to make the list of top podcasts year after year, reminding the growing community of where it all began.

My Favorite Murder is currently in the top five most downloaded series on Apple Podcasts across all categories. Hosts Karen Kilgariff and Georgia Hardstark take an almost comedic route in discussing mind-boggling cases. The podcast is conversational, allowing the two to talk the case out in a way that makes you feel like you’re in the room. Think of it as a sleepover with your best friend, only with murder instead of snacks.

Up and Vanished by Payne Lindsey is hands-down one of the most in-depth explorations on cold cases and mysterious disappearances. What makes this series so enthralling is that Lindsey takes the case into his own hands, reviewing old leads, interviewing new people, and even conducting on-site investigations. Each season zeroes in on a new cold case with a hands-on approach, which provides the audience with a unique connection to the victim.

RELATED: The 8 Best Podcasts to Inspire Your Self Development and Mental Health Journey

If you’ve ever googled “true crime podcasts,” Crime Junkie must have come up a couple (hundred) times. Ashley Flowers and Brit Prawat release an episode each Monday with whatever case they find fascinating. This chit-chat format works wonders for including the audience and making the case details approachable and easy to understand. This podcast has such a large audience because it’s easy to follow without losing the suspense.

If the inner workings of the mind of a murderer interests you, Criminal might be right up your alley. Phoebe Judge produces bi-monthly episodes that feature interviews with the perpetrators of crime, victims, and witnesses. It’s a captivating show that gives insight into many untouched themes like hauntings, witness protection, bank heists, and kidnapping.

These podcasts aren’t just entertainment, they carry the weight to help real investigations in both ongoing and cold cases. It is distinctive in its ability to actively involve its listeners in the cases.

Social media has become a powerful tool in the spreading of information, which is why true crime podcasting can be an integral part of a story. Exposure is vital in the case of missing people when time is of the essence. Telling their story, or talking to friends and family can encourage people with information to come forward. In the same regard, revisiting older, unsolved cases with a fresh set of eyes from a new generation has uncovered new details by creating a community of criminal justice reform advocates.

RELATED: Introducing the Best Podcasts to Improve your Life

These investigations don’t only focus on the heinous, they also touch on significant topics like inequalities and gaps in the justice system, even helping those who have been wrongfully convicted. This kind of journalism falls in line with the rise in social media activism. As much as these podcasts can bring awareness to specific cases, they can also shed a light on ways that we can transform our legal and justice system to become more equitable for all.

How Have True Crime Podcasts Helped In Our Quest for Justice?

Payne Lindsey’s Up and Vanished helped in the arrest of two men for the 2005 Murder of Tara Grinstead. Only six months after covering the case on the podcast, police arrested Grinstead’s former students, Ryan Duke and Bo Duke. Authorities thanked the public for keeping the investigation alive, but it was the Up and Vanished podcast that made this arrest possible through intense focus and scrutiny of the case.

In 2016, Trace, an Australian podcast, covered the case of Maria James’ homicide in 1980. Thanks to the efforts of the podcast crew, including witness interviews, they were able to bring forth new information to authorities. At the time of the murder, an electrician witnessed a priest covered in blood. The electrician went to get a first aid kit, but when he returned the priest was gone. The next day when he learned about Maria’s murder nearby, he didn’t think to connect the two events even though her home was less than 50 meters from the church where he was working. These new details allowed authorities to reopen the case.

The case of Adnan Syed is extremely well known. Syed, at 17 years old, was charged with first-degree murder for the homicide of ex-girlfriend Hae Min Lee. Syed’s family brought the case to the attention of Sarah Koenig who turned his case into the first season of Serial. Through the first season, Koenig was able to find Asia McClain who says that Syed was with her at the library at the time of Lee’s murder, acting as his alibi. This, along with some other missteps, contributed to an ineffective counsel judgment that granted him a retrial.

There are plenty more examples of extremely well-done true crime podcasts and a ton of ways in which they’ve contributed to real-life investigations, but to talk about them all would turn this into a novel. Rest assured, they are more than just a way to pass the time. While undeniably captivating in the way the stories are told, it doesn’t go unnoticed that the violent nature of the content can be disturbing and not suitable for all ages.

For everyone at home tuning in, it’s an opportunity to use problem-solving skills and imagination. For the hosts or journalists who create and produce the shows, it’s a way to be active participants in the quest for justice.

RELATED: How Selena Quintanilla’s Husband Dealt With The Tragic Murder Of His Soulmate

True crime podcasts give a voice to the voiceless. All of the victims who are unable to tell their stories stay present through this coverage. It provides the families with the opportunity to continue their loved one’s legacy and have their names heard by millions.

True crime podcasts get a lot of hype, and deservedly so. Whether it’s raising awareness for the missing, educating the masses on the dangers of sex trafficking and digital predators, or keeping alive the stories of the forgotten.

Will Smith Shares Story of His Father Confronting a Murderer, Blows Us Away With His Raw Emotion