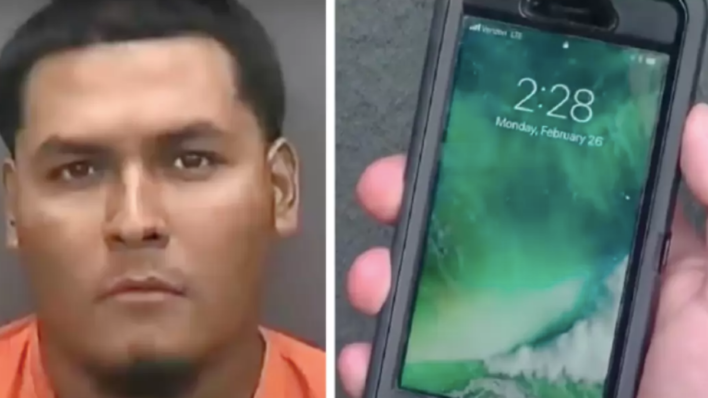 Under attack and with just seconds to act, one woman escaped a violent assault using a hack that everyone should
By Bryan Liquor    September 7, 2021

Under attack and with just seconds to act, one woman escaped a violent assault using a hack that everyone should know.

For many women, even a simple stroll after dark can be a gauntlet of potential danger, and it’s not paranoia: according to one study, 1 in 6 women are the victims of rape or attempted rape in the US throughout their lifetime.

However, some predators don’t even need the cover of dark. Sergio Valdez spotted a woman walking along the US-301 in Wimauma, Florida and attacked in broad daylight.

Per ABC News, he threw her to the ground, choking her and pulling at her pants, saying that she was going to have his baby.

Somehow during the struggle, the woman managed to get a hold of her cell phone. She then used a little-known feature available on every cell phone letting you dial 9-1-1 without ever unlocking it.

While it varies by brand, the woman’s consisted of pressing the screen lock button of her phone five times quickly, which patched her through to emergency personnel.

Dispatchers then listened in horror as she struggled through the attack live. Thankfully, they also obtained her GPS coordinates and sent police to the scene immediately.

However, when the police arrived, neither was to be found.

Apparently, the suspect was distracted by a passing vehicle, enabling the woman to flee. As they were looking for her, authorities found Valdez and arrested him on the spot.

According to the report filed, Valdez’s mother had spoken to her son, and claims he had told her that he’d been set up. The victim of the attack, claims Valdez, is actually an ex-girlfriend who is, allegedly, embarrassed that he’s now dating someone else. No other details were given.

It’s a scary fact, but from kidnapping to assault, predators don’t have set work hours. That means that broad daylight is fair game for them.

That also makes it critical to prepare for the worst if the worst shows up unannounced. While some cases will call for improvising, it’s important to know how to use the resources you already have. In the woman’s case, knowing her cell phone’s emergency features might have saved her life.

Since the emergency methods vary by make and model, make it a priority to get to know yours, it might be the last line of defense.