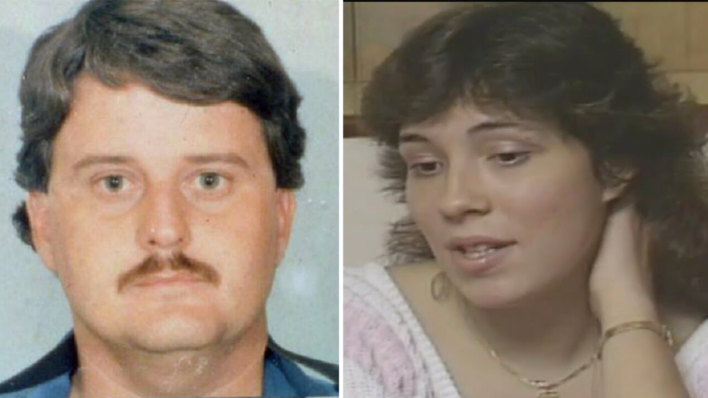 When one 17-year-old decided to take her own life, she had no idea a brutal kidnapping would save her.
By Amber Dowling    June 9, 2022

When one 17-year-old decided to take her own life, she had no idea a brutal kidnapping would save her.

Roughly one in five Canadians is affected by mental illness, anxiety and depression. Those statistics have only increased in the wake of the COVID-19 pandemic.

These days, the hope is that those who are suffering can receive help without stigma. However, in November 1984, when Lisa McVey was going through serious mental-health issues, it was a different story.

At the time, the 17-year-old was riding her bike home from work in Tampa, Florida, having already decided to take her own life once she arrived. It was the happiest McVey had felt in a long time; she had already written a suicide note. “I was happy. I was going to be free,” she recalled in an episode of Surviving Evil, via Unseen.

On the way, McVey noted a red car parked in front of a church. “I just kind of shrugged it off,” she remembered. “The next thing you know, I was yanked off my bicycle… I felt the barrel of a gun to my left temple. I remember him putting a blindfold on my face, and I was ordered to take all my clothes off.”

“My grandma’s boyfriend used to put a gun to my head every time he molested me, for three years,” McVey continued. “It was nothing new to me.”

She recalled being put in the car, and the man driving her somewhere. In her head, she believed this would be it.

The Life-Changing Realization One Girl Had in a Dark Situation

Unknown to McVey, her kidnapper was serial killer Bobby Joe Long. He had already abducted, raped and murdered eight women in the Tampa Bay area. Before that, he had committed at least 50 sexual assaults in southern Florida, where he was dubbed the “Classified Ad Rapist.”

When Long arrived at an apartment building, he untied McVey, told her to put her clothes back on, and then took her inside. There, he sexually assaulted her several times.

“I would just go far away and sometimes pretend I was in a field of flowers, a happy place,” McVey said. “I would just disconnect from the rest of the world. I would become completely numb. I was tired of living, tired of being abused. I didn’t see any other way out. I didn’t want to live.”

She then thought about her family, and wondered what they would do without her. It was then McVey realized she had to escape, no matter what, and motivated herself to fight.

I had to reach down deep in my soul. I had a new sense of wanting to survive. I would do whatever it took.

She convinced Long to allow her to go to the bathroom, where she left fingerprints everywhere she could. When she returned, McVey tried to sympathize with Long, while demonstrating that she respected him. When he revealed he had a bad experience with a girlfriend, McVey attempted to earn his trust, and offered to be his new girlfriend.

“No, no, no, no. I can’t keep you,” she recalled Long saying before he promised her ordeal would soon be over.

At about 3:30 a.m., Long took McVey back to his car, and blindfolded her. This time, she clenched her jaw, leaving some give to the blindfold. As they drove, McVey took note of everything she could about her location, from the sounds of the car to the lights of a hotel. Eventually, they arrived at a parking lot, where Long told her to get out and wait five minutes.

“I was frozen, my mind’s racing,” McVey recalled. “Should I run? Should I walk? Is he pointing a gun at me right now? Is he going to run me over with his car?” Instead, Long left her there and, miraculously, drove off.

I took my blindfold off, and the first thing I saw was this beautiful oak tree. I fell to my knees and I started crying. I knew right there and then my life was going to change forever. For me, it was a sign of a new branch of life. Now I wanted to live my life.

McVey went straight to the police with what she knew. However, she initially had trouble convincing officers what had happened, because she was so composed. Finally, she spoke to Sgt. Larry Pinkerton of the sex crimes division. He promised to protect her, and he did. Through tears, McVey told him every detail she could remember.

“I’d never seen a victim of a violent crime like this that had such recall,” Pinkerton said.

McVey’s descriptions eventually led police to Long’s car. She also identified him from a lineup of photos. From there, police had enough for an arrest.

Long killed two more women after he released McVey. But if it weren’t for the 17-year-old, there’s no telling how many more he might have targeted. She was able to help police track him down, guaranteeing that Long could never hurt anyone else. Not only that, McVey revealed to police her years of sexual abuse by her grandmother’s boyfriend, who was subsequently arrested.

Twelve days after the abduction of Lisa McVey, Bobby Joe Long was arrested at a movie theater near his Tampa home. In April 1985, he was convicted of the first-degree murder of Virginia Johnson, one of the women he abducted after McVey. He was sentenced to death.

Later that year, Long pleaded guilty to eight murders in Hillsborough County, Florida, and was given multiple life sentences. He was executed by lethal injection on May 23, 2019, with McVey seated in the front row. She wore a shirt that read, “Long… Overdue.”

McVey’s experience pushed her life in a whole new direction. After a series of jobs, in 1999, she became a dispatcher and reserve deputy for the Hillsborough County Sheriff’s Office, the same department that arrested Bobby Joe Long. Five years later, McVey enrolled in the police academy, and then became a sheriff’s deputy.

“I’ve been in the Hillsborough County Sheriff’s Office for 17 years, and a school resource officer for seven years,” McVey told A&E. “I’m at a middle school now. They know I’m mama bear. Nobody messes with my kids, and my kids know that.”

Determined never to let another child be placed in her situation, she places an emphasis on combating sex crimes. As a middle school resource officer, McVey shares her story with students.

“I’ve been telling my story all along, to anybody who’ll listen,” she explained to A&E “But I didn’t talk about it at school for a long time. Then I was passed by at a lunch table one day, and a boy said, ‘We watched some videos last night, and you helped catch a bad guy. I’m sorry that happened, deputy, but you’re a hero!’

“After that,” McVey continued, “I decided it was all right to tell the kids about it.  I’m not embarrassed to say I was raped. I tell kids if somebody tries to grab them, scream as loud as you can. And if they get taken anyway, they should mind their Ps and Qs and do whatever they can to survive. I tell them to be strong and draw on their own sense of self-preservation.”

“Bobby Long, thank you,” McVey told ABC News. “Thank you for choosing me instead of another 17-year-old little girl.”

The story is a harrowing one, with a happy ending that reminds us to listen to victims, and to take mental-health matters seriously. These days the stigma surrounding mental health is improving, but there’s always more work to do. If you want to help, consider donating to centers that help victims of abuse. If you know someone who is struggling with mental-health issues, remind them you’re there for them.

And if you feel as though your mental health is declining, or that you need someone to talk to, there are plenty of resources out there. You’re not alone. As McVey’s story reminds us sometimes it can take something really dark to help us finally find the light.