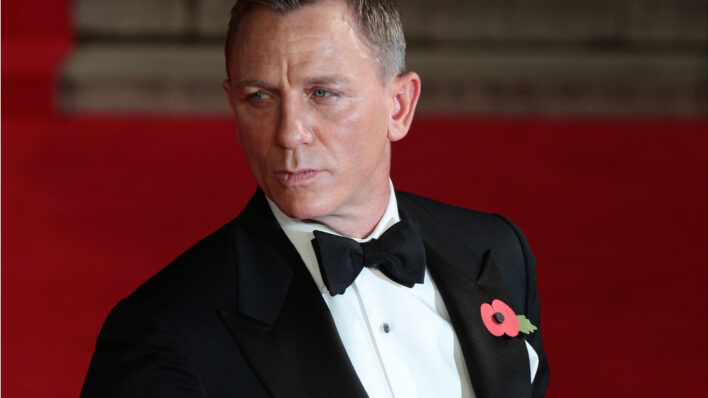 10 Uber Successful People Who Used to Be Homeless

It’s the classic “rags to riches” story. The American Dream. Not everyone starts from the bottom. Truth be told, many of
By Matt Valentine    April 30, 2018

It’s the classic “rags to riches” story. The American Dream.

Not everyone starts from the bottom. Truth be told, many of us are blessed with advantages such as family connections or money. However, that makes the people who become successful after starting from nothing fascinating and endearing. But what is the bottom? How low can someone go before there’s nowhere left to go but up? That’s up for interpretation, but it’s hard to argue with homelessness. To rise up from homelessness and reach success is what the dream is all about.

If you set your goals ridiculously high and it’s a failure, you will fail above everyone else’s success.

So which uber-successful people you know used to be homeless? The names will surprise you…

At one point, Sylvester Stallone was homeless and had to sell his dog for $50 just to survive.

In an interview with ShortList he said, “I tied my dog up at the store with a sign that asked for a hundred bucks. I got $50 from this guy called Little Jimmy.”

Heartbreaking, right? But here’s the kicker: One week later, after someone finally purchased his script for the first Rocky movie, Stallone bought the dog back for $3,000.

After moving to Chicago to pursue her dream of being an actress, Berry was forced to live in a homeless shelter on and off because her mother believed it was best to have her learn to stand on her own.

It taught me how to take care of myself and that I could live through any situation, even if it meant going to a shelter for a small stint, or living within my means, which were meager. I became a person who knows that I will always make my own way.

Before becoming a legendary comedian, Jim Carrey dropped out of high-school in his hometown in Ontario, Canada, and had to live in a small Volkswagen bus with his entire family. Later, they upgraded to a tent on his older sister’s lawn.

Carrey famously wrote a check to himself for $10 million long before making it big, an amount he’d later make (and then some) with hits such as Ace Ventura: Pet Detective and Dumb and Dumber.

Believe it or not, James Bond himself had to sleep on park benches in London while he worked as a waiter to get by.

No longer a struggling actor, Daniel Craig has starred in several smash hit films including The Girl with the Dragon Tattoo, and is widely considered to be one of the best Bonds ever.

Easily one of the most extreme examples on the list, comedian and T.V. host Steve Harvey lived in his 1976 Ford Tempo for three years while he just starting out as a comedian. He told People he’d often have to wash up in public bathrooms.

That is, until he got the call to appear on Showtime at the Apollo. The rest is history.

Before becoming a household name, actress and pop queen Jennifer Lopez was 18 years old, fighting with her mom about wanting to become a dancer instead of going to college.

Lopez was homeless, sometimes sleeping on a cot in the dance studio she practiced at, until she made it big with her first dancing gig on In Living Color. Bonus points to whoever can name the other person on this list who got big from the very same show!

During his college days, the Apple founder would frequently crash on various friends’ floors, recycling glass Coke bottles to scrape just enough money to get by.

Known to have had an affinity for Yogic philosophy, in his now-famous Stanford University commencement speech he recalled:

I would walk the seven miles across town every Sunday night to get one good meal a week at the Hare Krishna temple. After growing up in a trailer park on the edge of Bellingham, Washington, Hilary Swank and her mother moved to California so Swank could pursue a career in acting. They lived in their car for several months.

According to Swank, at one point, they considered themselves lucky enough to find a place to sleep. “We had a friend who was selling their house. And so they said, ‘You know, there’s no furniture, but you can stay there at night. And then, during the day, you have to leave so we can try and sell it.’ So we got air mattresses. Blew the air mattresses up. Slept on the air mattresses. And left in the morning,” she said.

Swank went on to win two Oscars before the age of thirty. When he first started, Letterman actually lived out of his 1973 Chevy pickup truck trying to make it in Hollywood.

Not too long after, his career began taking off while he worked as a comedy writer for Jimmy Walker, and eventually, he had his own legendary late-night show.

With one of the most interesting and inspiring rags-to-riches stories on this list, James Cameron stuck to his guns even when he was living out of his car.

While barely making ends meet, he was writing a little movie you might have heard of: The Terminator.

Studios liked his script. However, Cameron was determined to direct the film as well and wasn’t just looking to sell off the screenplay. The only problem? He had no directing experience on his resume, so no one would take the deal.

However, Cameron got his break when producer Gale Anne Hurd bought the rights to his screenplay for $1 in exchange for allowing him to direct the film.

The film would go on to make over $77 million worldwide and launch Cameron into stardom. He later directed classics such as Titanic and Avatar.