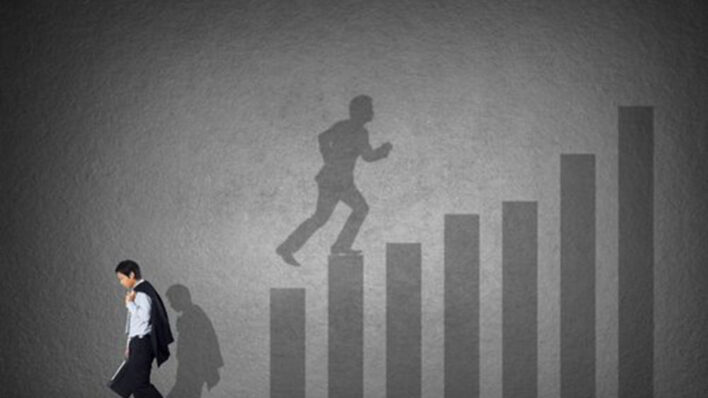 Successful individuals are admired by most of us. Everyone wants to be like them, but when you try to imitate their success,
By Calvino Miguel    May 25, 2016

Successful individuals are admired by most of us. Everyone wants to be like them, but when you try to imitate their success, you’ll notice that it’s not that easy. What is their secret ? No one has a clear answer, and no one can claim to know the sure path a person should walk to get there, but when you dig deeper you realize that there are certain behaviors or habits that most achievers avoid that could be a bigger factor for their accomplishment. You should consider eliminating these behaviors if you want to be at least as successful as they are. Here are 10 things successful people never do.

Successful people don’t separate the success from their failures since their definition of failure is very different from that of society.

You can’t separate success from failure since it’s all part of the same process. Making mistakes only means that there are things that you still don’t know. To succeed, you have to be willing to make those mistakes so that you can learn to overcome adversity.

Therefore successful individuals don’t perceive mistakes as failures but as a necessary for their progress towards a goal. You only fail when you quit.

Care about others opinions

Imagine what world we would live today if the Wright brothers listened to the critics and stopped working on the airplane or if Sergey Brin and Larry Page didn’t start Google after being repeatedly told that it was a bad idea.

Most people stop pursuing their dreams as soon as they get confronted with some kind of opposition. They assume people must cheer them up for them to be successful.

The next time someone gives their opinion about your ambitions, try to ignore it, because, in the long run, it won’t matter. Most of the time, the people giving advice have never done what you want to do.

Successful people have opinions of their own, but they will never claim that their opinion is the only right one. Their self-esteem is high enough that they can admit and apologize if they are wrong. In other words, they are sometimes wrong that doesn’t stop them from moving forward.

Next time, think about it for a minute; Why would you ever put others opinions above your own?

People say time is money. But I don’t agree with that. Time is even more valuable than money. Successful people know that.

You can almost get anything back in life: If your girlfriend leaves you, you can get a new one, if you lose money, you can work more and earn it back, if you break your MacBook, you can buy a new one. Time is one of the few things in life that you can’t get back. Once a moment is gone, you can’t have it back.

Money only helps you have more access to time, but it can’t buy it and that’s why successful people work and act with a sense of urgency because they know that the clock is ticking, it could all be over in an instant. Stop postponing the important things, do them now.

“Almost everything – all external expectations, all pride, all fear of embarrassment or failure – these things just fall away in the face of death, leaving only what is truly important. Remembering that you are going to die is the best way I know to avoid the trap of thinking you have something to lose. You are already naked. There is no reason not to follow your heart.”
― Steve Jobs

Blame others for their circumstances

You will never find top achievers blame others for their misfortune. They always take the blame. In some cases, they will even take the blame for other people’s mistakes.

Blaming others provides your brain with an easy excuse to not improve upon yourself. You’ll just think “It wasn’t my fault, it was his. So, I’m okay, it’s he who has to change not me.” But by taking responsibility for your own actions, you’ll have to work on yourself to avoid the same mistakes or circumstances again.

“If you know what you’re worth, then go out and get what you’re worth. But you gotta be willing to take the hits, and not pointing fingers saying you ain’t where you wanna be because of him, or her, or anybody. Cowards do that and that ain’t you. You’re better than that! I’m always gonna love you, no matter what. No matter what happens. You’re my son and you’re my blood. You’re the best thing in my life. But until you start believing in yourself, you ain’t gonna have a life.”
― Sylvester Stallone, Rocky Balboa

If you do what you do just for the sake of getting rich, you won’t get far. One of the most important requirements for achieving massive success is to love what you do. Successful people do what they do for the simple reason that they love it!

It’s just like being in love. If you really love someone you would want to spend as much time as possible with that person and in many cases you would sacrifice a lot to be that person! And that’s the same with your work. You have to love what you do so much that you are willing to give up other things in order to pursue your passion. Mark Zuckerberg famously said “We don’t build services to make money. We make money to build better services.” If you’re not willing to do it for free, then don’t do it for money.

You need a lot of passion for what you’re doing because its so hard. Without passion, any rational person would give up.  So if you’re not having fun doing it, if you don’t absolutely love it, you’re going to give up. And that’s what happens to most people. Actually if you look at the ones that ended up being successful in the eyes of society, often times its the ones who love what they do, so they could persevere when it got really tough. And the ones that didn’t love it, quit. Because they’re sane, right?  Who would put up with this stuff if you don’t love it? So it’s a lot of hard work and it’s a lot of worrying constantly. If you don’t love it, you’re going to fail.
― Steve Jobs

Apart from impossible, luck is another word that you won’t find in the vocabulary of the movers and shakers. Luck to them is the outcome of their work. Successful people don’t wait for luck in order to achieve a breakthrough. They believe in the old saying that “Luck is what happens when preparation meets opportunity” and so they work on preparing for the opportunity instead of waiting for it or even worse, hoping for it.

“I am a great believer in luck, and I find the harder I work the more I have of it.”
― Stephen Leacock

One of the most important things in getting successful is having clear goals. You need a clear vision of what you want to achieve to be able to eventually get there.

“If you aim at nothing, you will hit it every time.”
― Zig Ziglar

“I want to be rich” is not a goal. Your goal has to be precise, ambitious and with an expiration date. “I will make 2 million in sales by 2020” is a lot better. Set well-defined and measurable goals for yourself and you’ll have a higher likelihood  of reaching it.

The successful think differently than others by default. Where others might see a problem or difficulty, they see an opportunity. They carefully examine the situation and take it upon themselves to find the solution.

When Apple presented the first iPod, the MP3-player market was already saturated. When Google started, there already was other search engine giants like Yahoo or Altavista in the market. When Facebook started, there already were a dozen of other social media platforms. But each of the incumbents had a flaw in the way they worked, and the newer startups had a better and more convenient solution.

Try to change things that are uncontrollable

You will never hear successful people complain over their circumstances. Instead, they concentrate on exercising power over the things they can control.Successful people understand that there are situations that are out of one’s control and that the only thing to do in these situations is to change your attitude. Rather than blame everything and someone or something else, successful people know to recognize the controllable things in life and then appropriately mold them into a more favorable state.

“When we are no longer able to change a situation, we are challenged to change ourselves.”

I’ve met a lot of people who surely could have needed some help, but were too proud to admit it. Successful people do work hard, but they don’t shy away from seeking help when they need it.

Imagine if you are running your own company. That means you need a marketing department, a human resources department, an accounting department and so on. How are you going to do all these tasks by yourself? Well, you can’t. There is no way that you can do everything by yourself and eventually you’ll have to give up control.

“Ask for help, not because you’re weak, but because you want to remain strong.”
― Robin S. Sharma