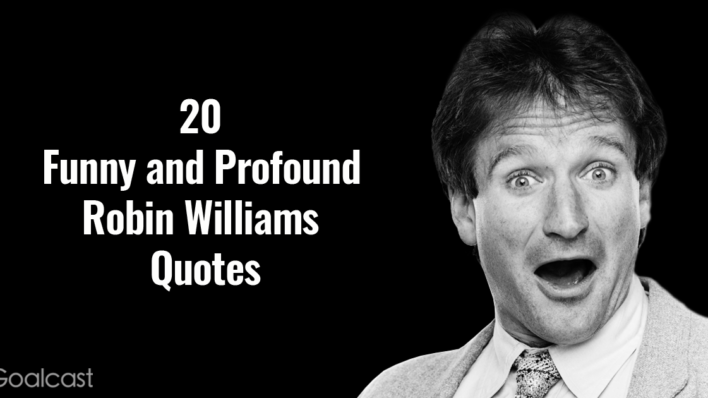 Robin Williams was a famed actor and comedian who astounded everyone with his otherworldly improvisational skills. During his career, Williams
By Flavia Medrut    November 20, 2018

Robin Williams was a famed actor and comedian who astounded everyone with his otherworldly improvisational skills. During his career, Williams

Robin Williams was a famed actor and comedian who astounded everyone with his otherworldly improvisational skills. During his career, Williams proved that he can impersonate both funny and dramatic characters.

The string of successful film roles and stand-up comedy shows made him one of America’s funniest performers; his ability to take on serious work earned him an Oscar, for his outstanding performance in Good Will Hunting.

Robin Williams struggled with alcohol and drug addiction, but eventually overcame it and maintained his sobriety. The actor also suffered depression and was diagnosed with Parkinson’s disease (information disclosed by his wife after he passed away). He couldn’t cope with the fact that he had to face a degenerative disease for the rest of his life, so at the age of 63, Williams took his own life.

His fans still find it hard to take since he was the ultimate “giver,” as an artist. Williams had a remarkable wit, a charismatic personality and was always captivating. Here are 20 Robin Williams quotes that capture his wisdom and humor.

Some are born great. Some achieve greatness. Some get it as a graduation gift.

If women ran the world we wouldn’t have wars, just intense negotiations every 28 days. You’re only given one little spark of madness. You mustn’t lose it.

I think the saddest people always try their hardest to make people happy because they know what it’s like to feel absolutely worthless and they don’t want anyone else to feel like that.

For a while you get mad, then you get over it.

Good people end up in Hell because they can’t forgive themselves.

Ah, yes, divorce . . . from the Latin word meaning to rip out a man’s genitals through his wallet. No matter what anybody tells you, words and ideas can change the world.

What’s right is what’s left if you do everything else wrong.

I do believe in love; it’s wonderful – especially love third time around, it’s even more precious; it’s kind of amazing.

If it’s the Psychic Network why do they need a phone number?

Why do they call it rush hour if no one moves?

Please, don’t worry so much… Because in the end none of us have very long on this earth.

I’m sorry, if you were right, I’d agree with you.

All it takes is a beautiful fake smile to hide an injured soul.

If Heaven exists, to know that there’s laughter, that would be a great thing.

Make your life spectacular. I know I did.