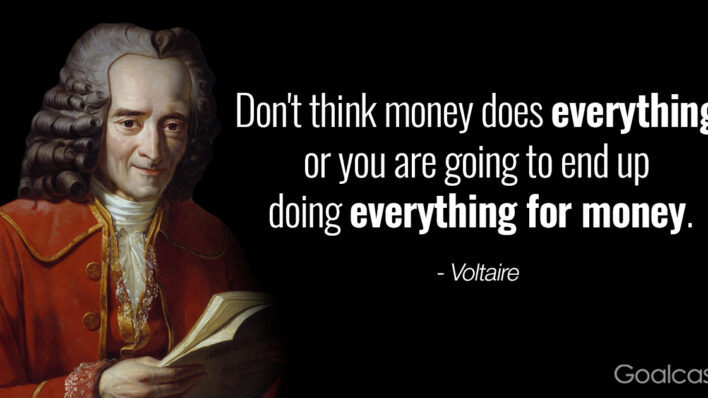 François-Marie Arouet, known by his pen name Voltaire, is considered one of France’s greatest writers from the Age of Enlightenment
By Flavia Medrut    May 14, 2018

François-Marie Arouet, known by his pen name Voltaire, is considered one of France’s greatest writers from the Age of Enlightenment period.

Voltaire was a man of reason, a deist who loathed fanaticism, superstition, idolatry and mostly the fact that men are capable of killing each other to defend a religious doctrine that they scarcely understand.

His attitude toward religion and authorities was not well received in France and as a result, he was twice sentenced to prison and once to temporary exile to England.

Voltaire’s best-known work is Candide. The satirical novella of the human condition published in 1759, was a best-seller from the moment it appeared and was translated into every possible language.

Voltaire said of himself that he “wrote to act” and his greatest desire as a philosopher was to change people’s way of thinking and behaving. He strongly believed in reason, tolerance, freedom of speech and a free and liberal society.

Here are 20 Voltaire quotes that create a lasting impression. It is dangerous to be right in matters on which the established authorities are wrong.

Think for yourself and let others enjoy the privilege of doing so too. The mirror is a worthless invention. The only way to truly see yourself is in the reflection of someone else’s eyes.

Cherish those who seek the truth but beware of those who find it.

Common sense is not so common.

It is forbidden to kill; therefore all murderers are punished unless they kill in large numbers and to the sound of trumpets.

If God did not exist, it would be necessary to invent him.

Let us cultivate our garden.

Our wretched species is so made that those who walk on the well-trodden path always throw stones at those who are showing a new road.

The more often a stupidity is repeated, the more it gets the appearance of wisdom.

Judge a man by his questions rather than by his answers.

Every man is guilty of all the good he did not do.

Doubt is an uncomfortable condition, but certainty is a ridiculous one. Appreciation is a wonderful thing. It makes what is excellent in others belong to us as well.

Don’t think money does everything or you are going to end up doing everything for money.

It is clear that the individual who persecutes a man, his brother, because he is not of the same opinion, is a monster.

The longer we dwell on our misfortunes, the greater is their power to harm us.

May God defend me from my friends: I can defend myself from my enemies.

Men are equal; it is not birth but virtue that makes the difference.